Last month, I joined New York State Department of Agriculture and Markets Commissioner Richard Ball to unveil plans for a new Agriculture Development Center that will help support local farmers. The center is being funded primarily through a $500,000 Assembly grant I was able to secure, along with a $500,000 grant from the state’s Southern Tier Agricultural Industry Enhancement program.

This funding, along with support from the Hoyt and Ahearn Foundations and an investment from Cornell Cooperative Extension, will be used to renovate the Cutler House, right next door to the main CCE building on Front St. The new facility will be home to classrooms, a commercial kitchen, and a new TasteNY market; all of which will be used to educate and train current and future food producers and help them bring their products to market.

Click this link to watch a video produced by my office to learn more about this project. The Agriculture Development Center will compliment a year-round regional farmers market and commercial kitchen which is in its final stages of construction behind CCE’s main building. 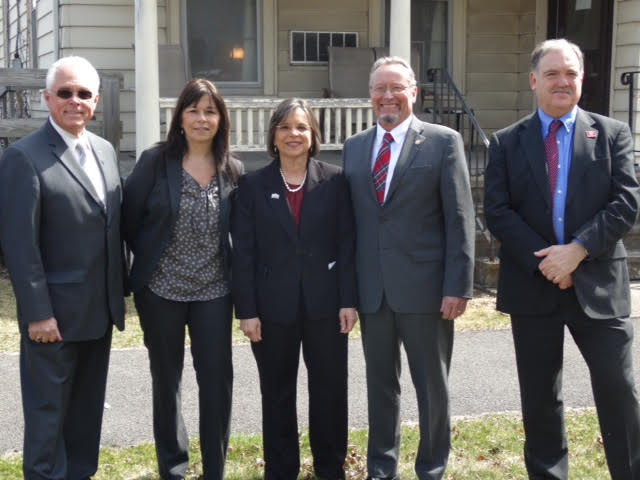 Following the news in December that the Southern Tier was a winner of the Upstate Revitalization Initiative (URI) competition, Governor Cuomo visited Endicott on April 6th to announce the first allocation from the $500 million award. $20 million dollars from the URI fund, along with a federal match from the National Manufacturing Innovation Institute, will be used to retrofit the former IBM facility in Endicott to become home to the New York node in the new NextFlex Flexible Hybrid Electronics Manufacturing Innovation Institute, the first such institute in the nation.

Binghamton University, along with Lockheed Martin, i3 Electronics, Inc., Corning, Inc., and GE Global Research, will lead the NextFlex efforts locally. 200 jobs are expected in the first year of the program, with the potential of up to 1,000 jobs over the program’s five years. Flexible electronics involves printing electronics on thin materials that allow them to bend – think of a TV screen that can wrap around a pole. There are many applications, including health-monitoring patches, medical devices, sensors, imaging systems, prosthetic devices, energy storage and energy harvesting devices.

By conducting the important research surrounding flexible electronics locally, companies that want to utilize this technology will locate here to take advantage of the development taking place at NextFlex. Capitalizing on our existing strengths was a core component of the Southern Tier’s URI plan and this is the first of what will hopefully be many successful projects stemming from the URI award. You can read more about this announcement by clicking here.

As you’re probably aware, helping our local craft beverage producers has been a top priority of mine over the last several years. I once again joined NYS Department of Agriculture and Markets Commissioner Richard Ball, as well as NYS Liquor Authority Chairman Vincent Bradley, on April 13th at Binghamton Brewing Co. in Johnson City. We discussed the recommendations made by the Alcoholic Beverage Control Law Working Group to modernize New York’s antiquated laws.

Among the group’s recommendations, which came following the third annual Wine, Beer, Spirits, and Cider Summit that I attended, are reorganizing the state’s Alcoholic Beverage Control Law to make it easier for producers and businesses to navigate the licensing process; supporting craft manufacturers by reducing paperwork and fees; and modernizing the state’s Blue Laws, which will allow bars and restaurants to serve before noon.

Our community has seen significant growth in this industry in the last few years; these changes will encourage continued growth, the opening of more businesses, and the opportunity for local restaurants to feature local products. For more information on this announcement, click here. 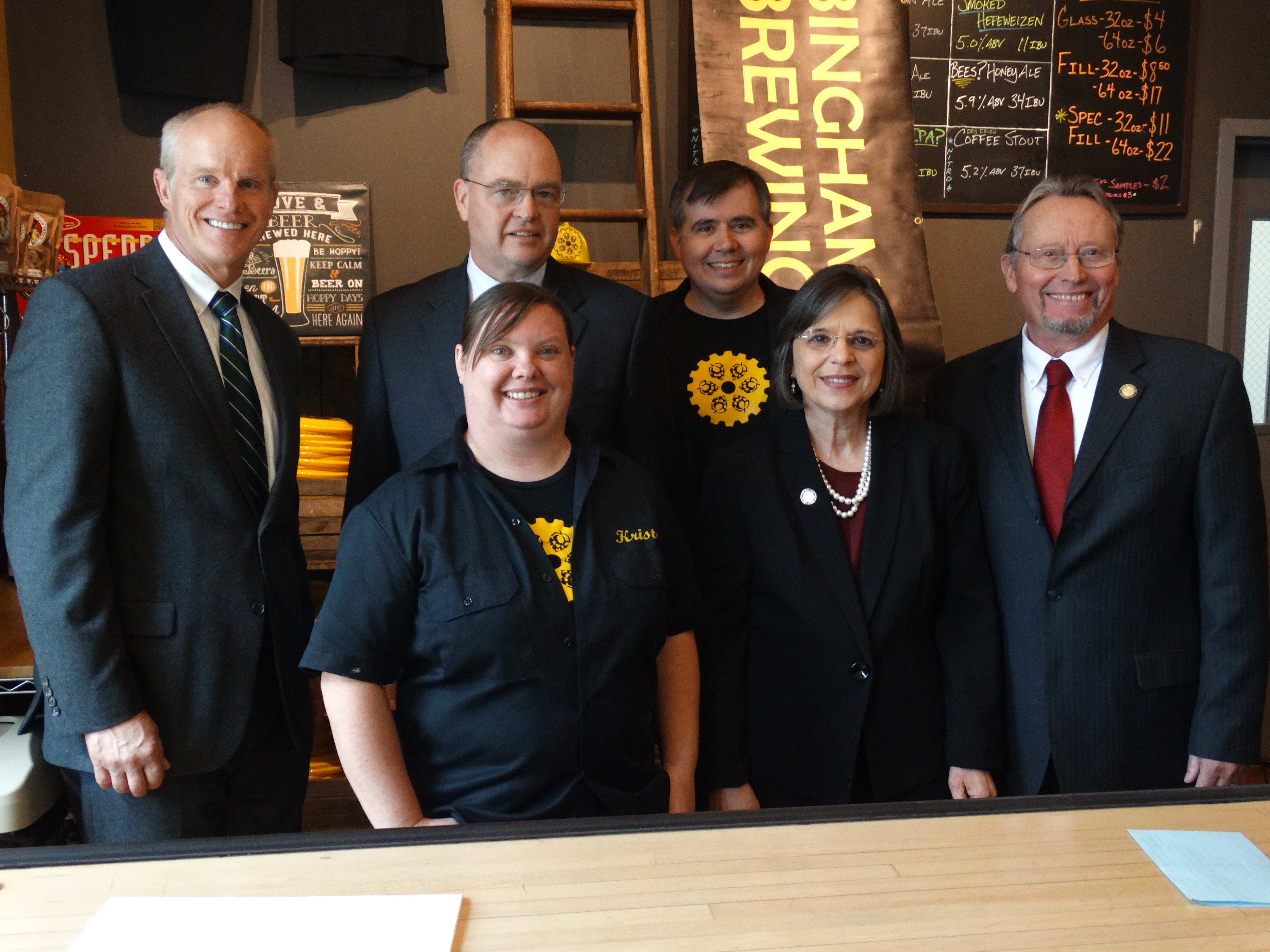 Thousands of residents in Broome County rely on telecommunications services provided by Verizon. Unfortunately, those services are in jeopardy after CWA and IBEW workers across the state went on strike April 13th. Workers have been without a contract since last spring and they’re asking for a new agreement with the company that ensures local job security.

Despite billion dollar profits for Verizon, the company has threatened to cut its workforce and transfer other employees away from their families. Residents in the Southern Tier have been asking for the availability of Verizon’s FiOs internet service locally, a buildout that would create new jobs in the area, but instead the company has focused its efforts in larger cities like Boston.

I have visited several picket lines and continue to stand by the hardworking Verizon employees and urge the company to negotiate a new contract that keeps jobs local. 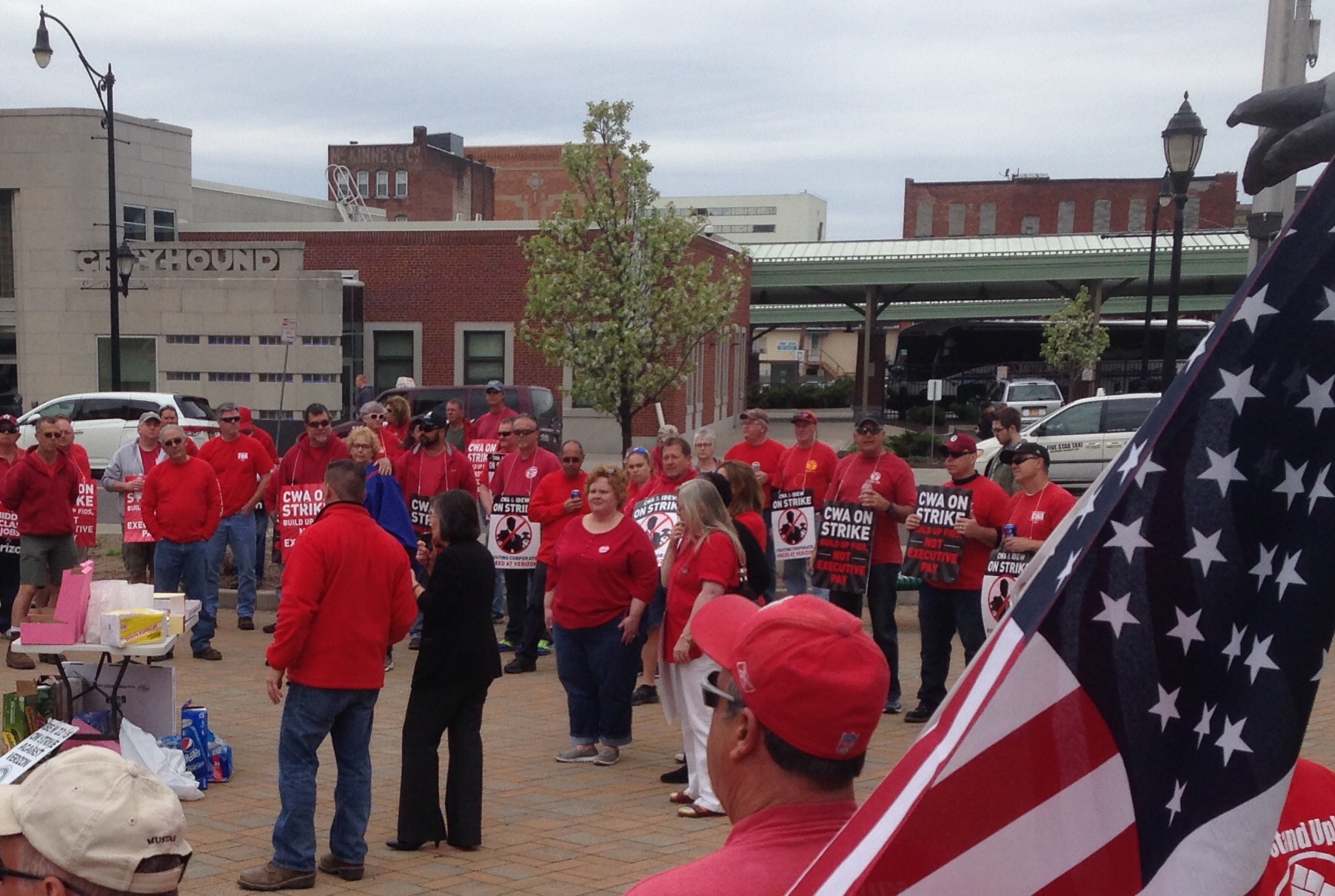 One of the most rewarding aspects of representing the 123rd District is being able to speak with students who are learning about government and civic engagement. On April 7th, I visited Johnson City High School to speak with AP Government and Participation in Government students. I was impressed by their knowledge of the State Legislature and issues that are currently being discussed at the state level.

We talked about everything from children’s mental health, cafeteria food, and even laws related to keeping large snakes and reptiles as pets. I am hopeful these students will continue their interest in these topics and others, and use them as a way to stay active in government; whether by engaging their elected officials on issues important to them, making their voices heard at the polls each year, or running for office themselves someday. 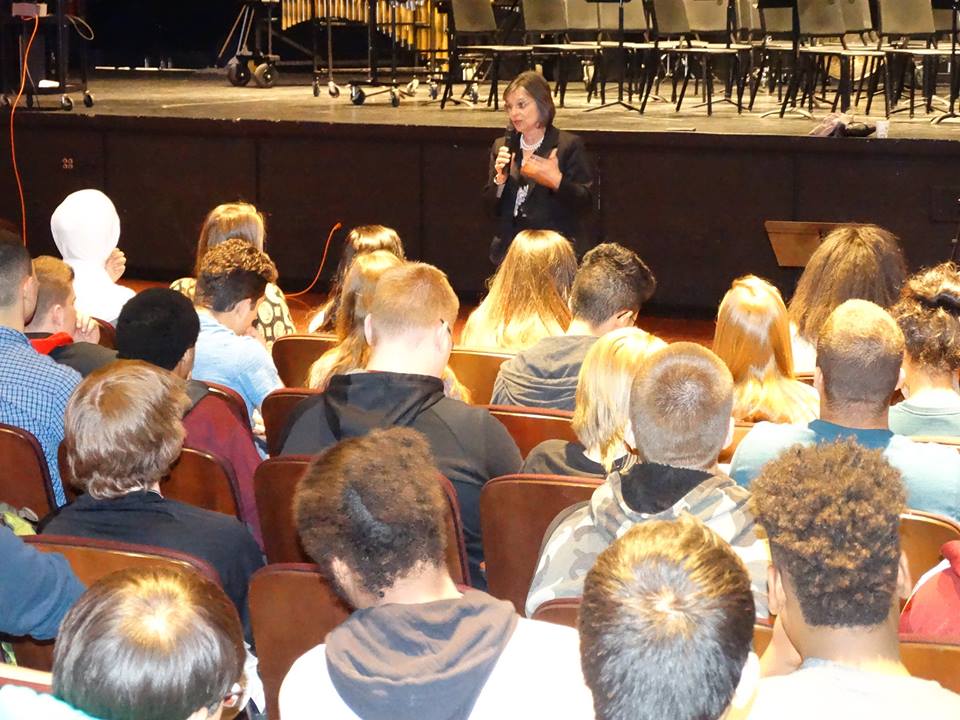