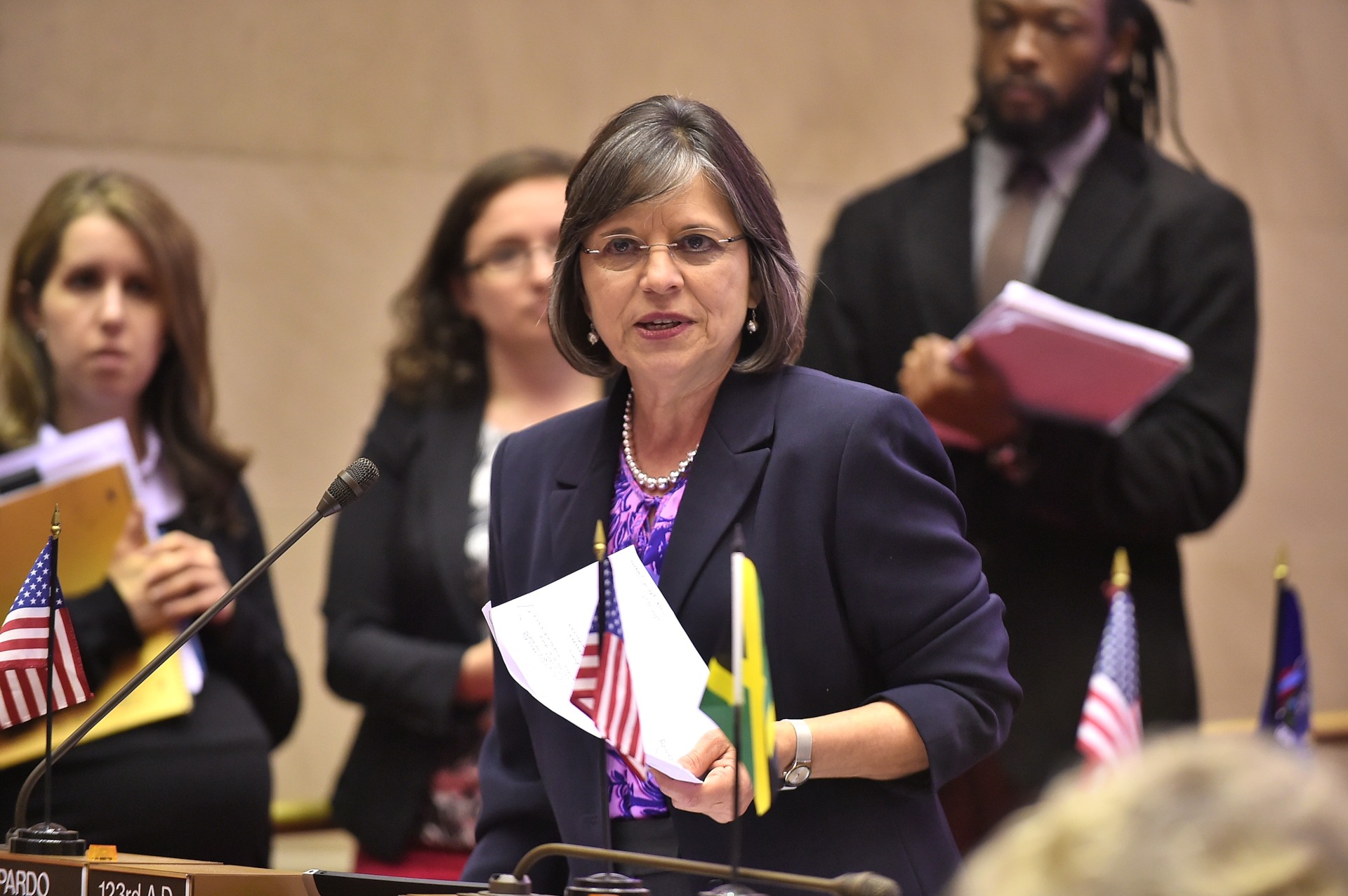 Donna A. Lupardo was elected in 2004 to represent the 123rd Assembly District which includes the City of Binghamton and the Towns of Vestal and Union.

Assemblywoman Lupardo is an outspoken advocate for the Southern Tier, championing the area’s continuing economic recovery. She has worked to secure funding for many local nonprofit organizations, area schools and colleges, historic renovations, and infrastructure improvements. In the last fourteen years, Assemblywoman Lupardo has received numerous awards and recognitions for her commitment to the community she represents and for a lifetime of public service.

Throughout her time in the NYS Assembly, she has had numerous pieces of legislation signed into law. Donna has a special interest in protecting the public from potential health risks and environmental hazards, having passed: tenant notification of environmental testing results, toxic spill notification rules, lead testing of school drinking water, and structural inspections of parking garages. She is also committed to raising awareness about the importance of indoor air quality, including radon exposure.

One of her first bills was the Contract Disclosure Act which required that state agencies disclose how much they spend annually on private contractors. Other bills she promoted include the Work Zone Safety Act and Yield-Right-Away legislation designed to keep our roadways safer.

In 2015, Donna was appointed by Speaker Carl Heastie to the Strategic Implementation Assessment Team (SIAT). The group is responsible for reviewing the annual progress reports of the 10 Regional Economic Development Councils from across the state.

In 2015, she was elected by women from both the Assembly and Senate to Chair the bi-partisan Legislative Women’s Caucus. In addition to supporting issues important to New York women, the Caucus works to improve the participation of women in all areas of government and provides a network of support for women in the Legislature.

In 2017, Assemblywoman Lupardo was appointed Chair of the Committee on Aging. With a large aging population within her district and across NYS, she focused on enhancing services and programs for seniors, while looking for new ways to help them age well.

Originally from Staten Island, Donna is a graduate of Wagner College. She moved to the Southern Tier region in 1976 to attend graduate school at the State University of New York at Binghamton where she received a Master’s degree. She stayed on as a Lecturer in the School of Education & Human Development for ten years before dedicating herself to community mental health education and public service.

She served on the Broome County Legislature from 1999 to 2000 and is the first woman to represent Broome County in the State Legislature. Donna lives in Endwell with her husband Scott J. Peters, a Professor in the Department of Development Sociology at Cornell University. He is also Faculty Co-Director emeritus of Imagining America: Artists and Scholars in Public life.