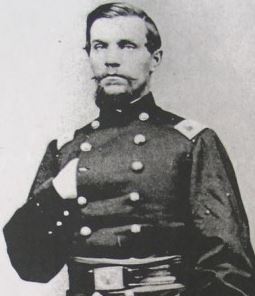 (BINGHAMTON, NY) – On July 2, 1863 at Little Round Top in Gettysburg, Colonel Joshua Chamberlain and the 20th Maine Infantry fought valiantly to hold the Union line. Their exploits are well-known, even inspiring a famous scene from the 1993 movie Gettysburg.

What many people aren’t aware of is that night at Culp’s Hill, Colonel David Ireland and the 137th NY Infantry experienced a similar assault from Confederate troops. Under the cover of darkness, the regiment preserved the Union’s hold on Culp’s Hill, greatly contributing to victory in the war’s decisive battle. Even lesser known: before heading off to battle, Colonel Ireland and the 137th NY trained on the south shores of the Susquehanna River in Binghamton.

The 137th NY went on to fight courageously in several other battles, and as a result was memorialized with monuments at Gettysburg and throughout the South. However, one key place with no memorial to recognize their heroism is their ‘hometown’ where they trained.

Plans, spearheaded by the Office of Assemblywoman Donna Lupardo, are underway to erect a marker in Binghamton’s Veterans Park on Conklin Avenue; just west of the site of Camp Susquehanna. To help with this effort, local artist Tom Haines is hosting a fundraiser on First Friday, November 6th, at Atomic Tom’s on State St. The event will feature a short program about Col. Ireland and the 137th NY, refreshments, and entertainment by Dirt Farm. Admission is free, but a $5 donation is suggested to help pay for the casting and installation of the monument. As part of the recognition effort, a section of State Route 434 will be renamed for the regiment.