As we head into the colder months, COVID cases and hospitalizations have been steadily creeping back up due in part to the Delta variant. As of 9/23, Broome County had 723 active cases including 121 new cases and 44 hospitalizations. The overwhelming majority of these cases are those who are unvaccinated. While other parts of the state are seeing COVID rates dropping, the Southern Tier, specifically Broome, Chemung, and Tioga Counties have seen increases.

With the start of the school year earlier this month, Governor Hochul announced a #VaxToSchool campaign to help increase the 12-17 year old vaccination rate. Over a 12-week period 120 new pop-up vaccination sites will be opening, including here in Broome County at Broome-Tioga BOCES and Chenango Forks CSD this coming week.

Governor Hochul announced that Ubiquity Solar plans to establish their United States manufacturing operations at the former IBM Campus in Endicott. Ubiquity Solar is a well regarded North American based photovoltaic and energy storage manufacturer. They plan to occupy 800,000 square feet of vacant space while creating up to 150 skilled jobs, and bring in over $61 million in new investment. Our region, with its history of innovation and state-of-the-art research facilities, is the perfect spot for clean energy industries to grow and expand. It is expected that the site will be operational by the end of 2022.

We are also just learning the details of the sale of Huron Campus to Phoenix Investments, a real estate holdings company based in Wisconsin. With properties across the country, Phoenix has an excellent reputation for revitalizing legacy industrial sites like ours. They plan to rebrand and refurbish the campus to attract new businesses to compliment the work being done at BAE, Imperium3, and now Ubiquity. 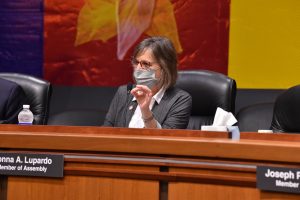 Earlier this month, the Assembly Transportation Committee held a hearing on inter-city rail. Strengthening inter-city passenger rail service could help the state meet many environmental and economic goals. I asked the Amtrak representative about the possibility of passenger rail service to the Southern Tier. With Amtrak expanding services nationwide, including a new route planned connecting Scranton, PA and NYC, bringing the Southern Tier back onto the public rail infrastructure would be a boon to our economy, and provide residents with better travel options. He didn’t rule it out, but improving existing service seemed to be more of their focus. I will continue to pursue this. 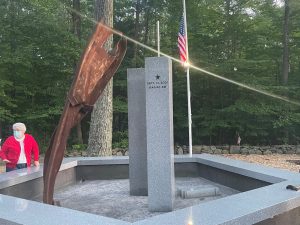 Twenty years ago, the country was changed forever with the attacks that occurred on September 11, 2001. To commemorate this somber day, I joined the Vestal Fire Department and Town of Union for their memorial services. It is very important for the community to come together each year to remember not only the lives that were lost, but the selfless acts of heroism shown by our first responders. The 9/11 Memorial Garden at Highland Park is open to visitors year round and is the resting place of a twisted beam from one of the Towers. Thank you to all who lovingly maintain the garden. 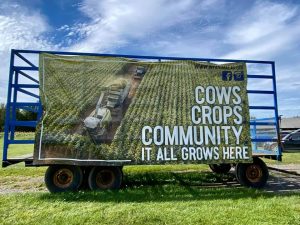 As the Chair of the Assembly Agriculture Committee, I have the chance to travel across the state to visit farms and listen to farmers. I recently joined Assemblymember Marianne Buttenschon and some of my Assembly colleagues for a farm tour in Oneida County. I also joined Assemblyman Chris Tague for his annual tour which included stops in Greene and Columbia Counties. By inviting members from downstate to join us, we are forging important relationships that will help us better protect farmers, processors and the overall food supply chain.