As September began, the community was surprised by the sudden closure of the Boys & Girls Club of Western Broome. A group of local officials including myself, the County Executive, and the Town of Union Supervisor, quickly convened a meeting to find out how we could help. On September 12th, I joined County Executive Jason Garnar, Supervisor Rick Materese, and Endicott Mayor John Bertoni to announce that the County had agreed to lease the building for six months as we look for alternative programming for the families who relied on the Club for years. Both the U-E and M-E School Districts stepped up to temporarily fill the gaps in afterschool programming. Recently it was announced that the Urban League will be relocating many of their programs to the Endicott site and others are showing a lot of interest.  A big thank you to all who have offered assistance. 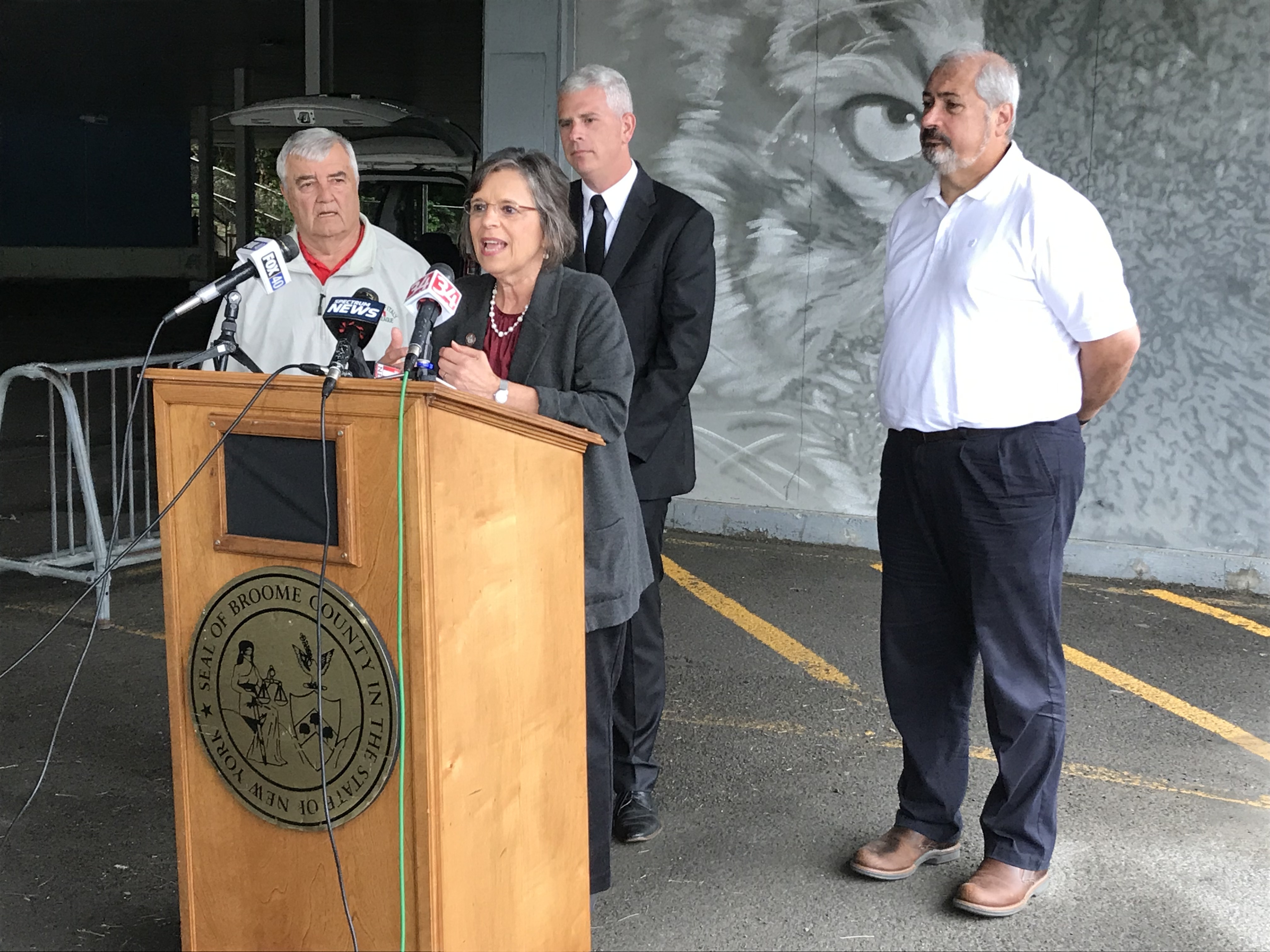 In five years, LUMA has emerged as one of the premier projection arts festivals in the world, once again attracting tens of thousands of visitors to Downtown Binghamton. On the evening of September 6th, some of our most historic buildings came to life with projections created by artists from around the world. The festival is a huge boost for our local restaurants, shops, and hotels; part of our “placemaking” effort designed to attract new visitors and residents to our community. It also encourages people that have lived here their entire lives to rediscover their hometown. I’d like to offer a huge thank you to the LUMA team for outdoing themselves once again. 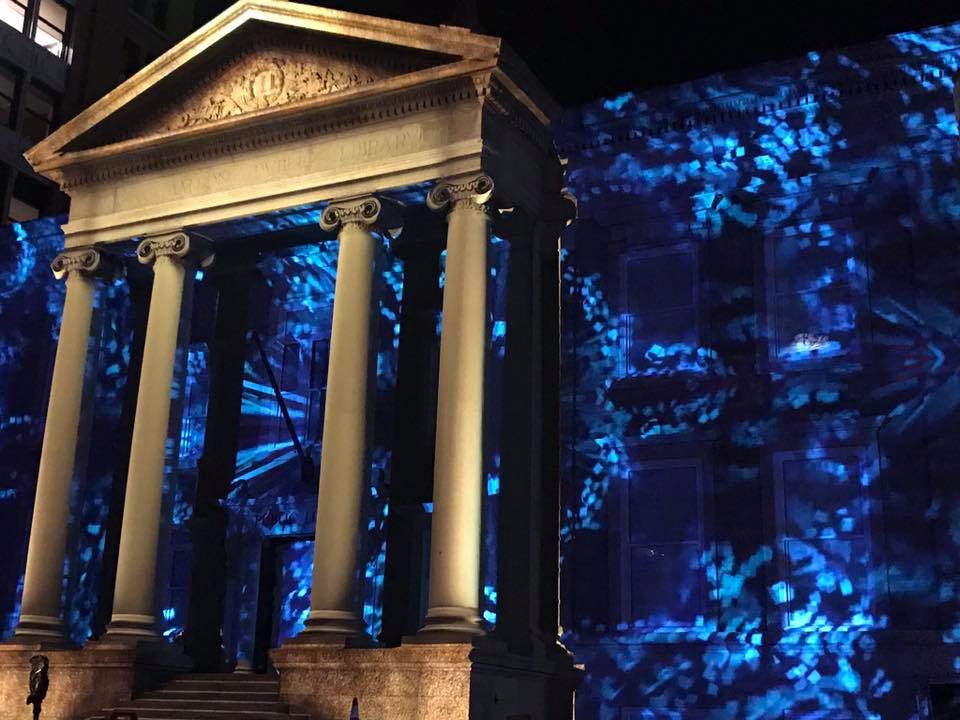 The former Carnegie Library and future home of the SUNY Broome Culinary Arts Center was one of the historic buildings used for LUMA’s projections.

In my role as Chair of the Committee on Agriculture, I’ve spent a lot of time during the off-session meeting with farmers and producers throughout the region and state to learn about the challenges they are facing. On September 25th, I joined Commissioner of AG and Markets Richard Ball at Homer Brink Elementary School in Endwell to learn about the district’s breakfast program that features NYS products. Students also told us about different plants they had grown in the Spartan Garden. The Commissioner and I then visited the Food Bank of the Southern Tier where we toured the facility and packed NYS apples as part of Hunger Action Month.

Earlier in the month, I stood with Congressman Anthony Brindisi to urge NYC officials to reconsider a proposal to eliminate chocolate milk from their school menus. You can click here to read the letter that Senator Metzger, Chair of the Senate AG Committee, and I sent to the NYC Schools Chancellor. While I understand the need to reduce children’s sugar consumption, many will forgo drinking milk altogether. By focusing on lower calorie flavored milk options, schools can help support our already struggling dairy industry and the goals of our NY Farm to School Program. 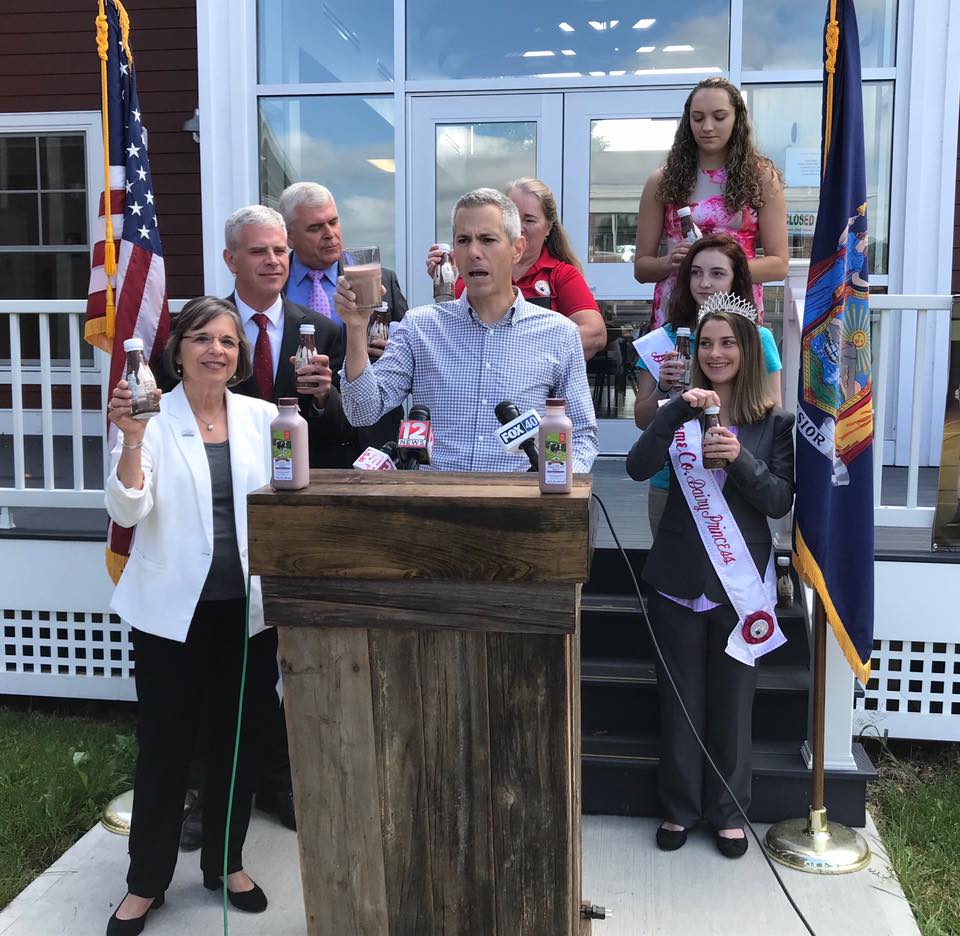 The Endicott-Johnson Pump House Pagoda has stood in the Village of Johnson City for 90 years. Following a $125,000 restoration, I joined Mayor Greg Deemie and local historians as the Pagoda at CFJ Park was rededicated on September 19th.  The pagoda’s restoration had been discussed for years but finally came to fruition after I was able to secure a State and Municipal Facilities (SAM) grant for repairs and renovation. A new roof, windows, doors, and lighting were all included as part of restoration efforts. The Pagoda is one of a kind and a real curiosity for people who visit CFJ Park. For me, this was more than just preserving a building, it was also about preserving the story of the Endicott-Johnson workers who helped build this community. Click here to read more about the Pagoda’s history and what it will be used for now. 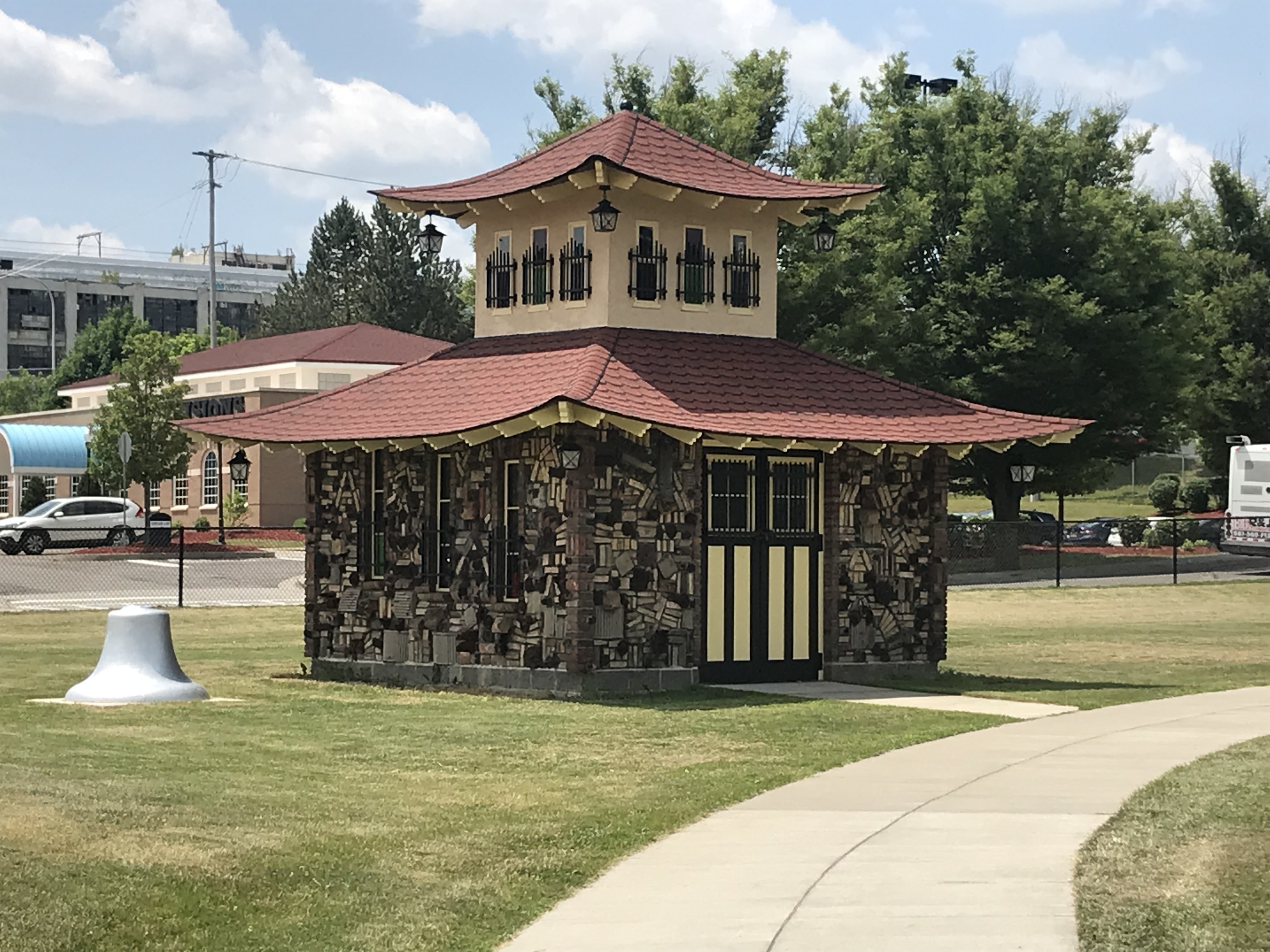 The historic Pagoda at CFJ Park following its $125,000 restoration.

On September 14th, I joined officials from the Village of Endicott to debut a new street sweeper. The purchase of this new equipment was funded with $184,000 from a larger grant I was able to secure to improve public safety and public works efforts in the Village. Clean neighborhoods improve the quality of life for all residents. It also makes the area more attractive to visitors and potential business investors, as well as enhancing public safety. We encouraged residents throughout Broome County to do their part by participating in National Clean Up Day activities. You can read more about the new street sweeper by clicking here. 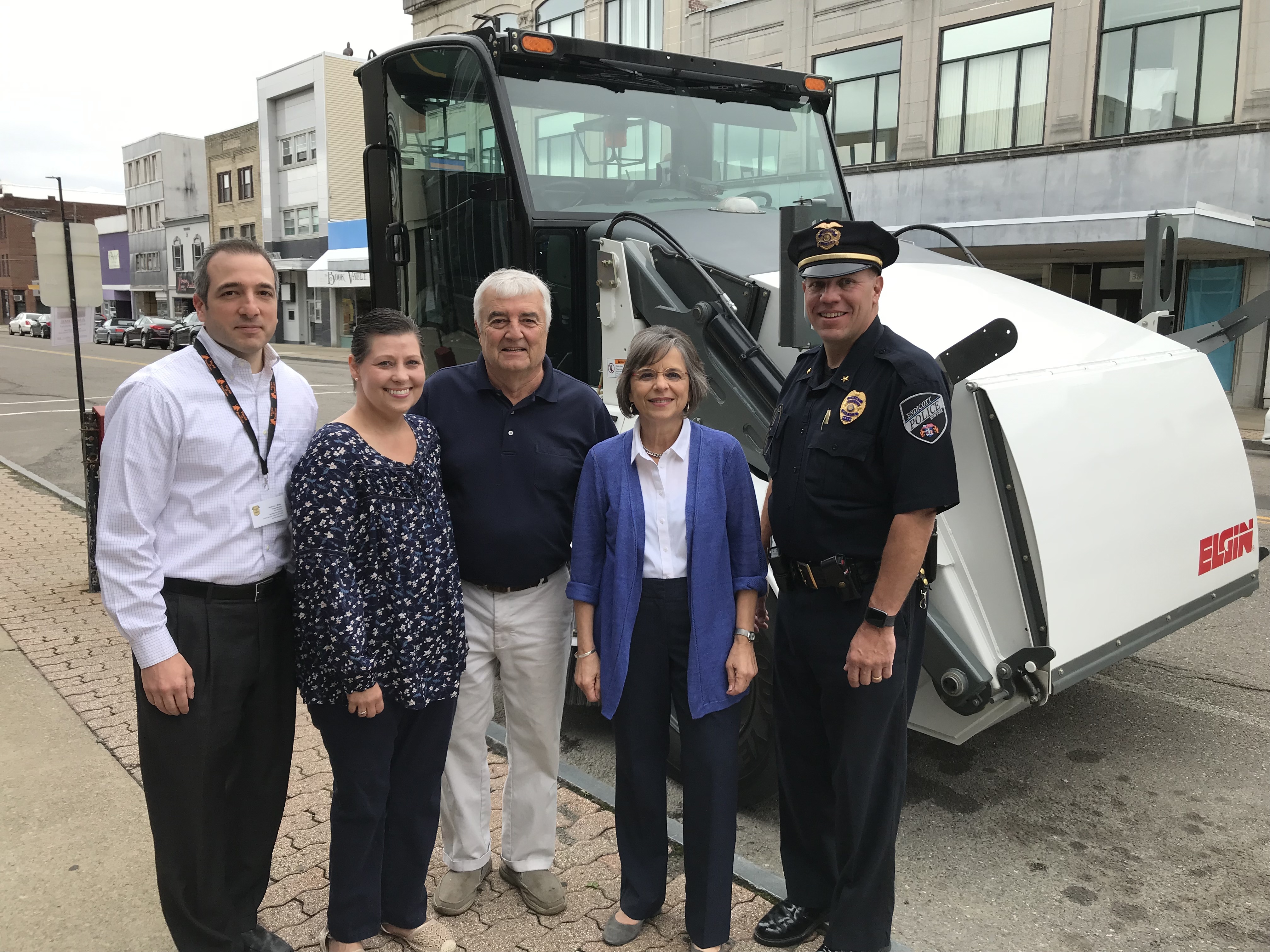