Fall has officially arrived and I’m getting into the swing of cooler weather. This past month was packed with activities, none more spectacular than the LUMA Projection Light Festival in Downtown Binghamton. For me, it’s also about visits to the Cider Mill for cider and donuts, and picking apples to make a pie. Hope you have a good October.

Binghamton University’s New Energy New York project was awarded more than $113M to establish a hub for battery technology in Broome County ($63M from the federal government and a $50M match from the state). They were one of 21 winners nationwide in the Federal Build Back Better Regional Challenge. The University will develop a Battery Technology and Manufacturing Center in Endicott, at the former home of IBM. The initiative is expected to have a $2B regional economic impact. To learn more: https://www.binghamton.edu/news/story/3806/binghamton-university-led-battery-initiative-wins-113-million-to-bolster-domestic-battery-manufacturing-and-supply-chain-reinvigorate-region 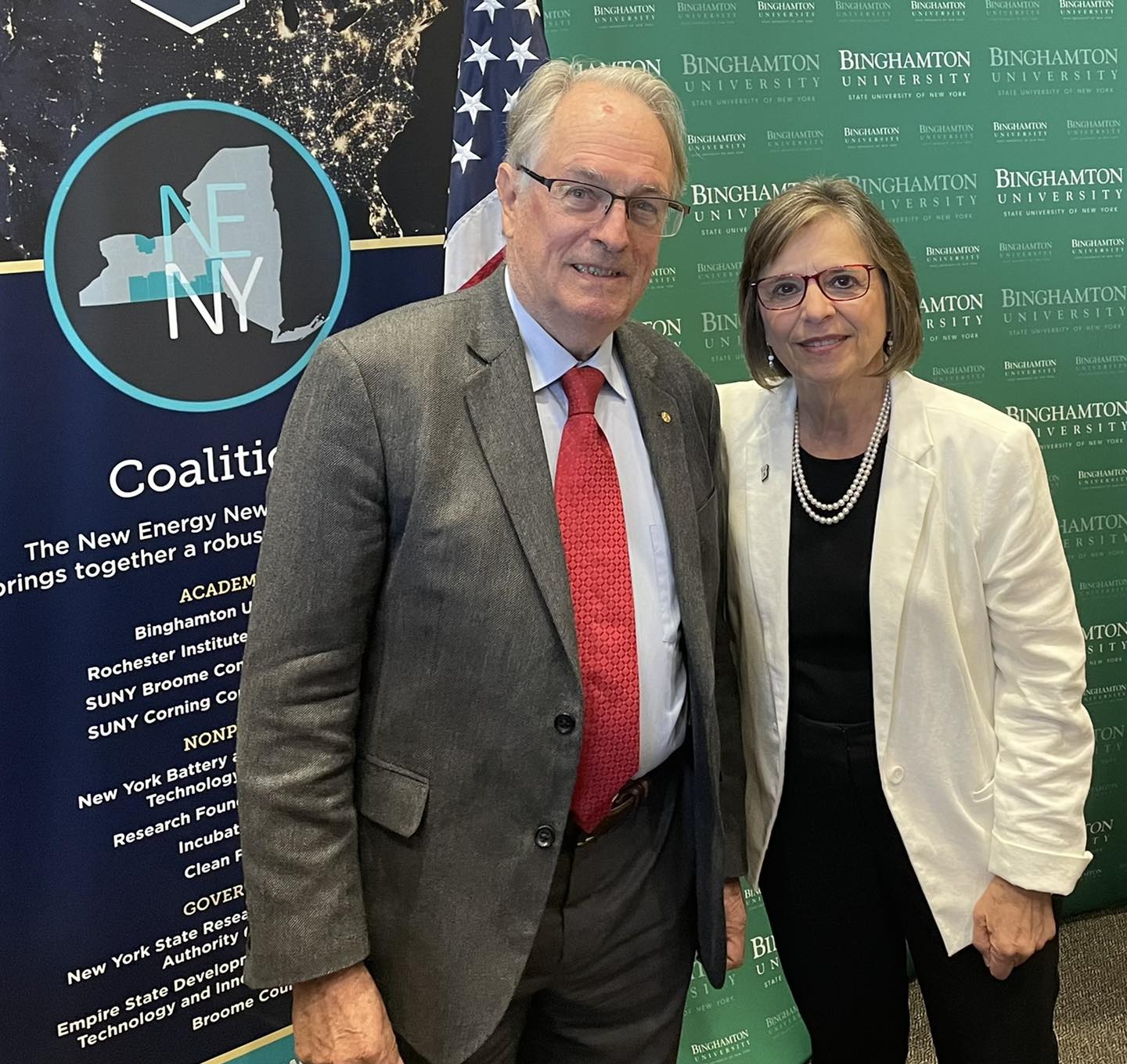 Following the announcement that 4 new flights a week were coming to the Greater Binghamton Airport, Governor Hochul announced that BGM won $32M through the Upstate Airport Revitalization Competition. The grant will allow BGM to, among other things, completely transform the terminal, adding the sort of amenities that airlines and passengers have come to expect. As the Co-Chair of the Legislative Aviation Caucus, this award is the result of years of advocacy to secure the funds needed for our airport to be more competitive. To read more: https://www.governor.ny.gov/news/governor-hochul-announces-230-million-lift-nine-upstate-airports-new-heights 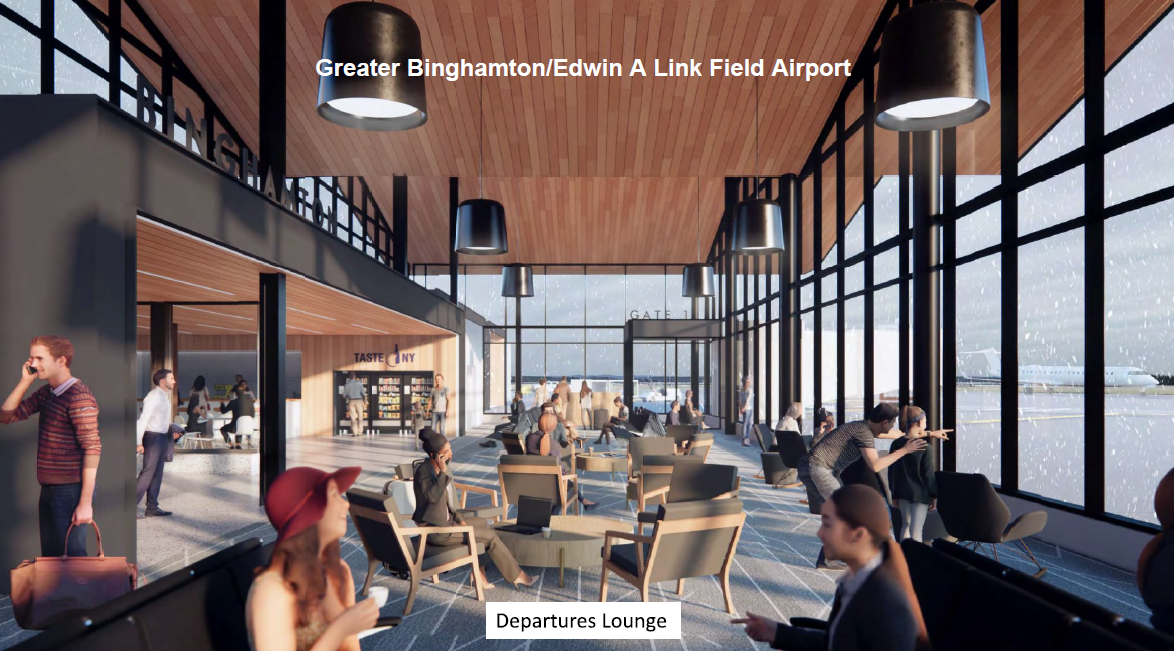 I invited Health Commissioner Dr. Mary Bassett to join me in Johnson City for a tour of the Decker School of Nursing and the School of Pharmacy. She was very impressed with the exceptional learning environment and state of the art simulation labs that are helping students learn. She was also impressed that the former Endicott-Johnson Box Factory had been so beautifully transformed into the Nursing School. Also joining the tour was my colleague Assemblymember Deborah Glick, Chair of the Assembly Higher Education Committee. For more details: https://www.wicz.com/story/47380462/nys-health-commissioner-visits-bu-health-sciences-campus 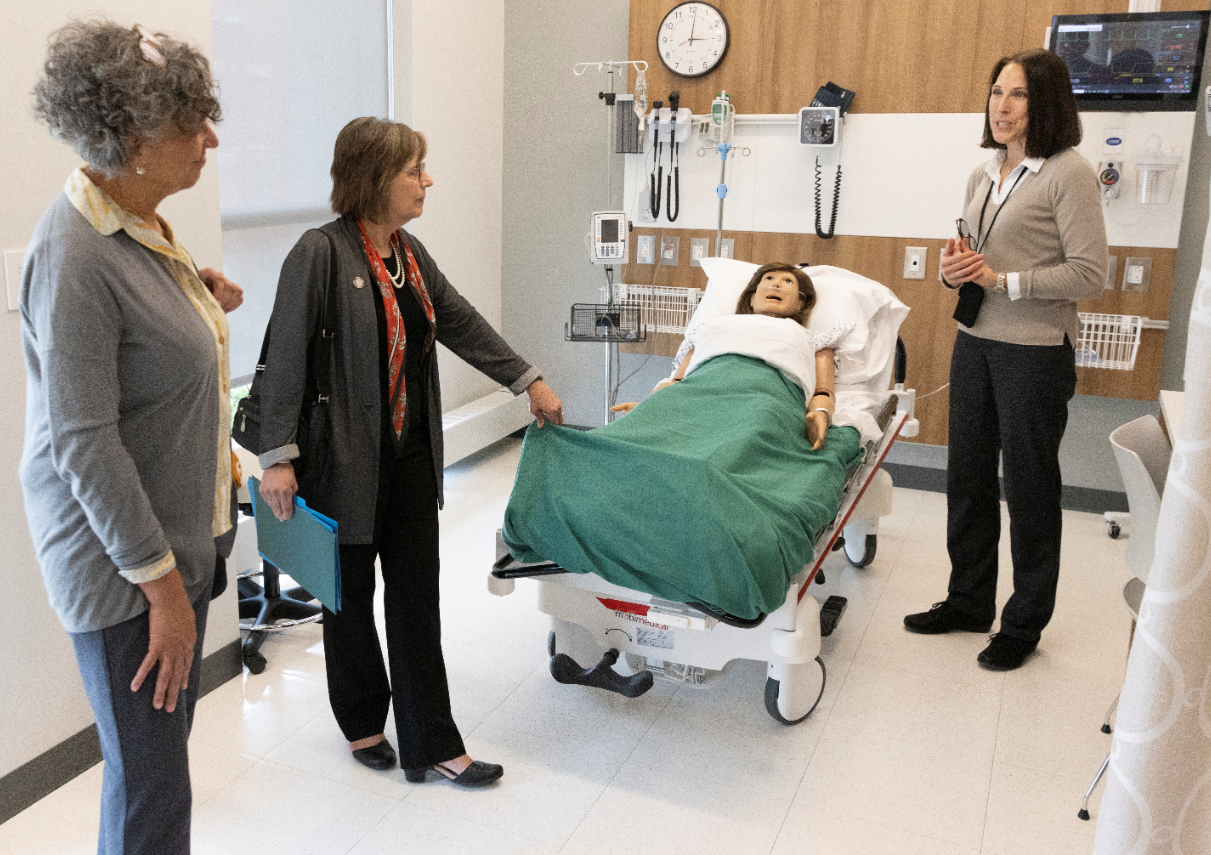 In May, my legislation creating the Young Adult CDL Class A Training Program, allowing 18 to 20 years old to obtain a CDL Class A License, went into effect. Across the state, 205 individuals have already completed the safety intense program. With a growing truck driver shortage, an estimated one million new drivers will be needed in the coming decade. Broome-Tioga Workforce Development provides up to $3,000 in tuition reimbursement as well as counseling on how to apply for positions in the trucking industry. 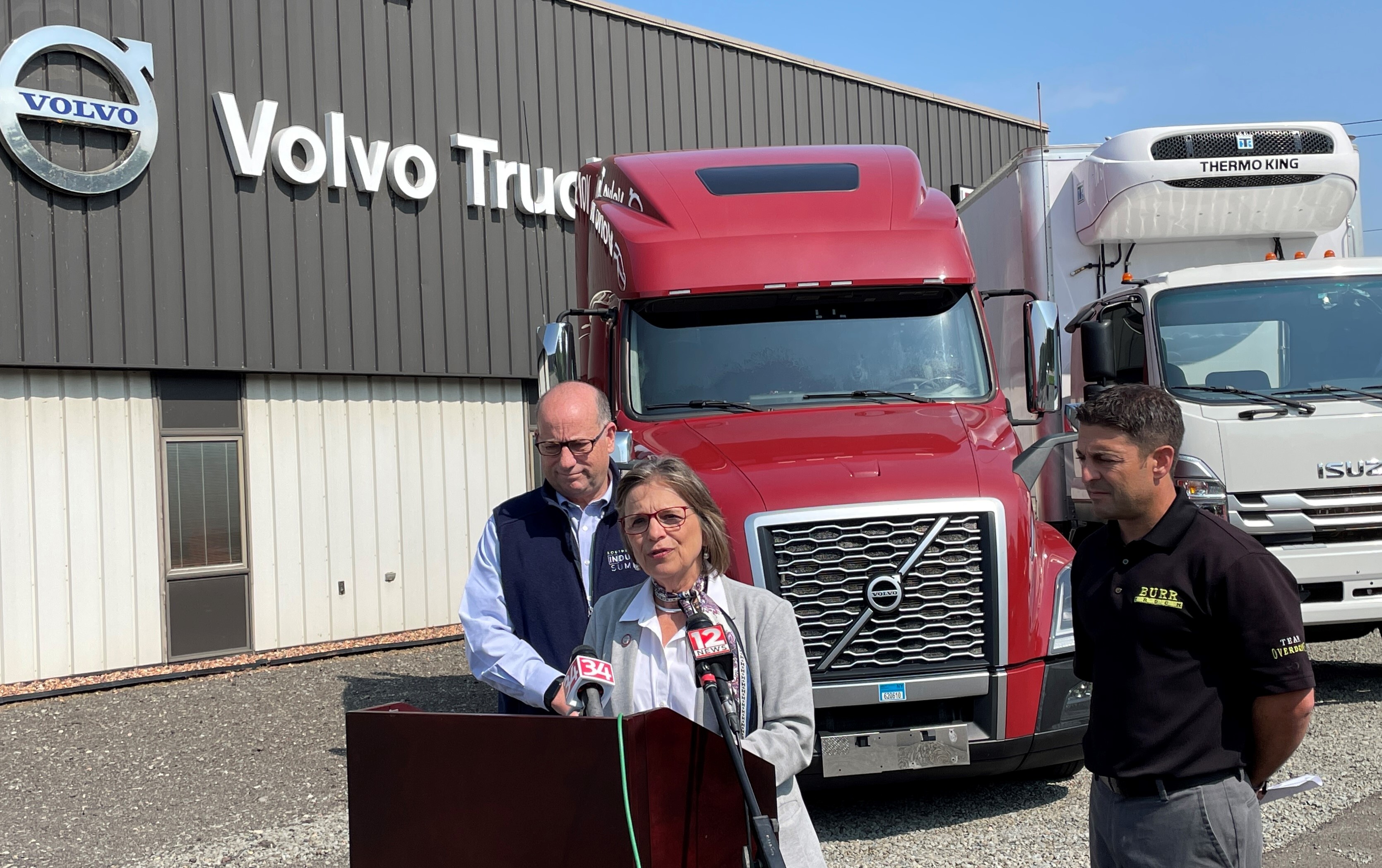 I joined Cornell Cooperative Extension of Broome and Visit Binghamton to kick off the “Southern Tier Craft Beverage Trail” at Water Street Brewing in Downtown Binghamton. The Trail is a collaboration with Experience Tioga and Explore Chenango County and includes 13 locations. Once you fill up your passport, available at participating locations, you’ll be eligible to receive a special ST Craft Beverage Trail t-shirt. For a list of participating locations: https://ccebroomecounty.com/agriculture/southern-tier-craft-beverage-trail 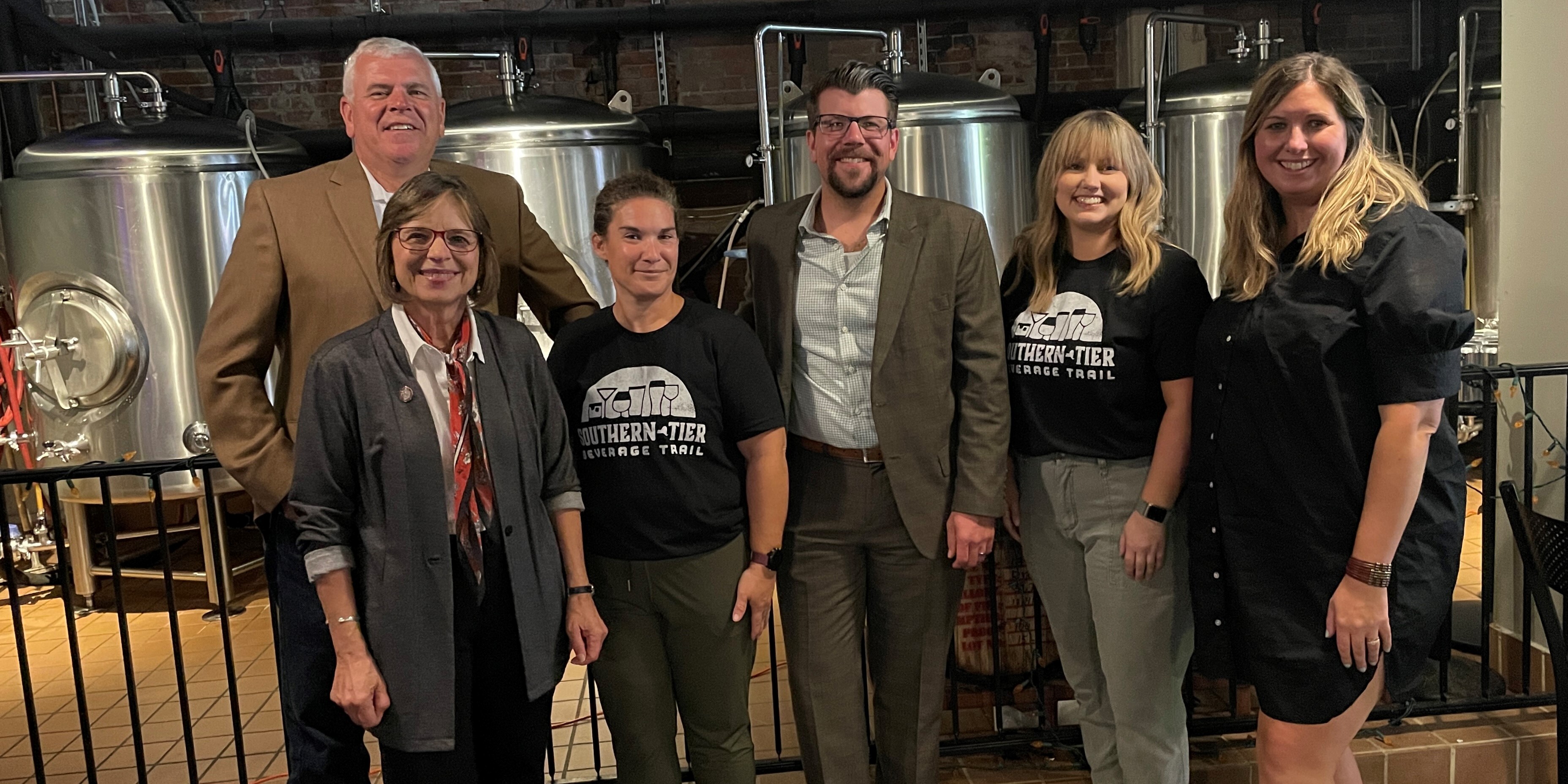