October was very busy with announcements and other seasonal activities. I always enjoy Halloween and attended a costume party to benefit the YWCA. Meanwhile, election season is in full swing. If you need information about voting go to: Broomevotes.com. Their website is very helpful.

After a three year delay due to the pandemic, and supply chain issues, the Endicott Law Enforcement Training Center is finally under construction. I secured $350,000 for the Endicott Police Department; $150,000 will be used to purchase a virtual reality simulator, allowing officers to train for mental health crises, emergency interventions, active shooters and other real world scenarios. $200,000 will upgrade their existing ballistics range. The Center will be used by other police departments including: Johnson City, Vestal, Binghamton University Police and others. For more information: https://www.binghamtonhomepage.com/news/local-news/lupardo-secures-police-training-grant/ 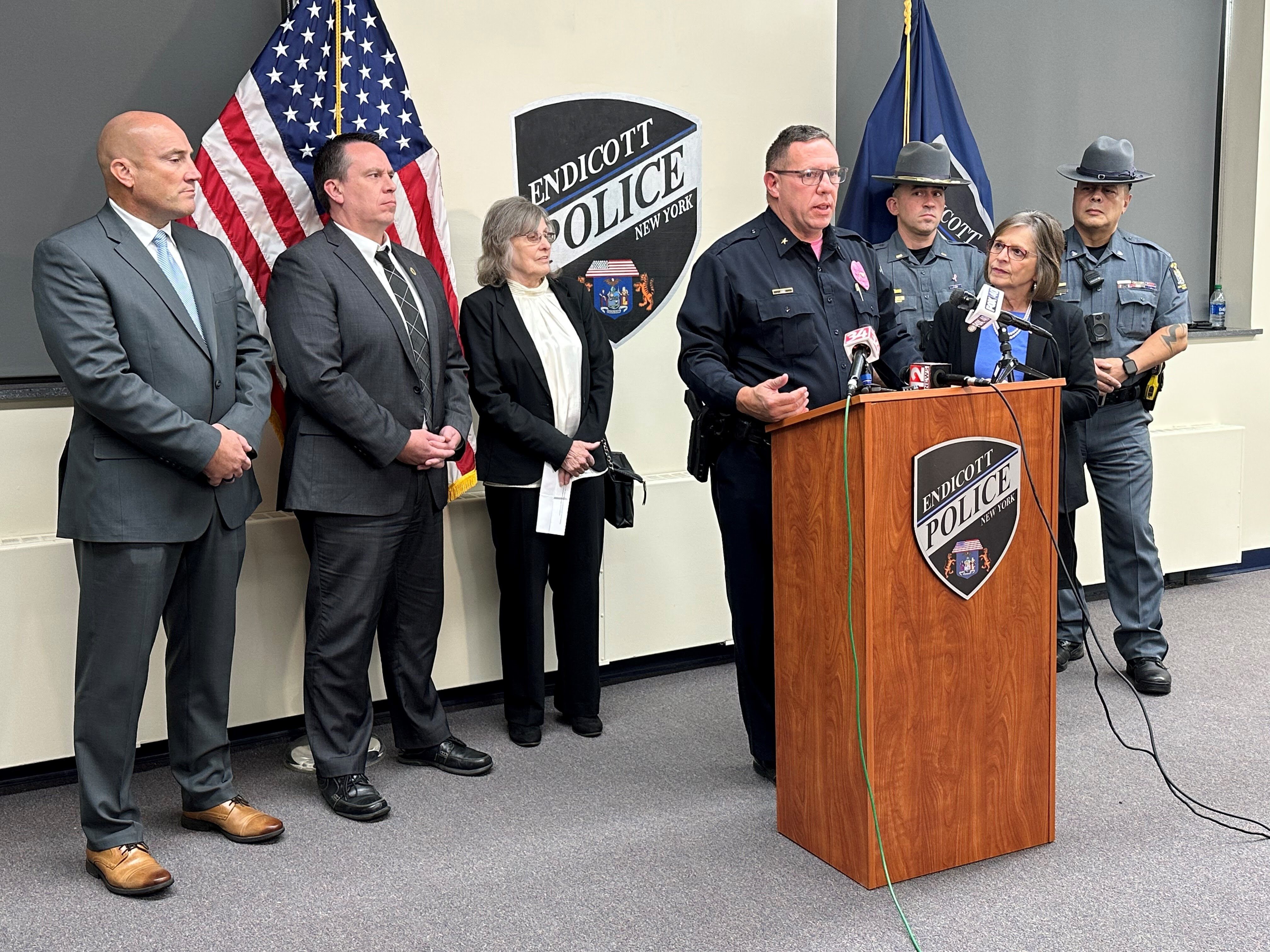 A portion of NYS Highway Route 17C, running through Johnson City, was renamed the “Patrolman David ‘DW’ Smith” Memorial Highway. We were joined by Patrolman Smith’s family, members of the JCPD, and others to make the announcement. Senator Akshar and I passed legislation to make this change earlier this year; it was signed into law by the Governor in June. In 2014, Police Officer David ‘DW’ Smith lost his life in the line of duty responding to a disturbance at a local business. It was an honor to rename this stretch of roadway for Officer Smith; the sign will be a reminder to all of his sacrifice and service to our community. 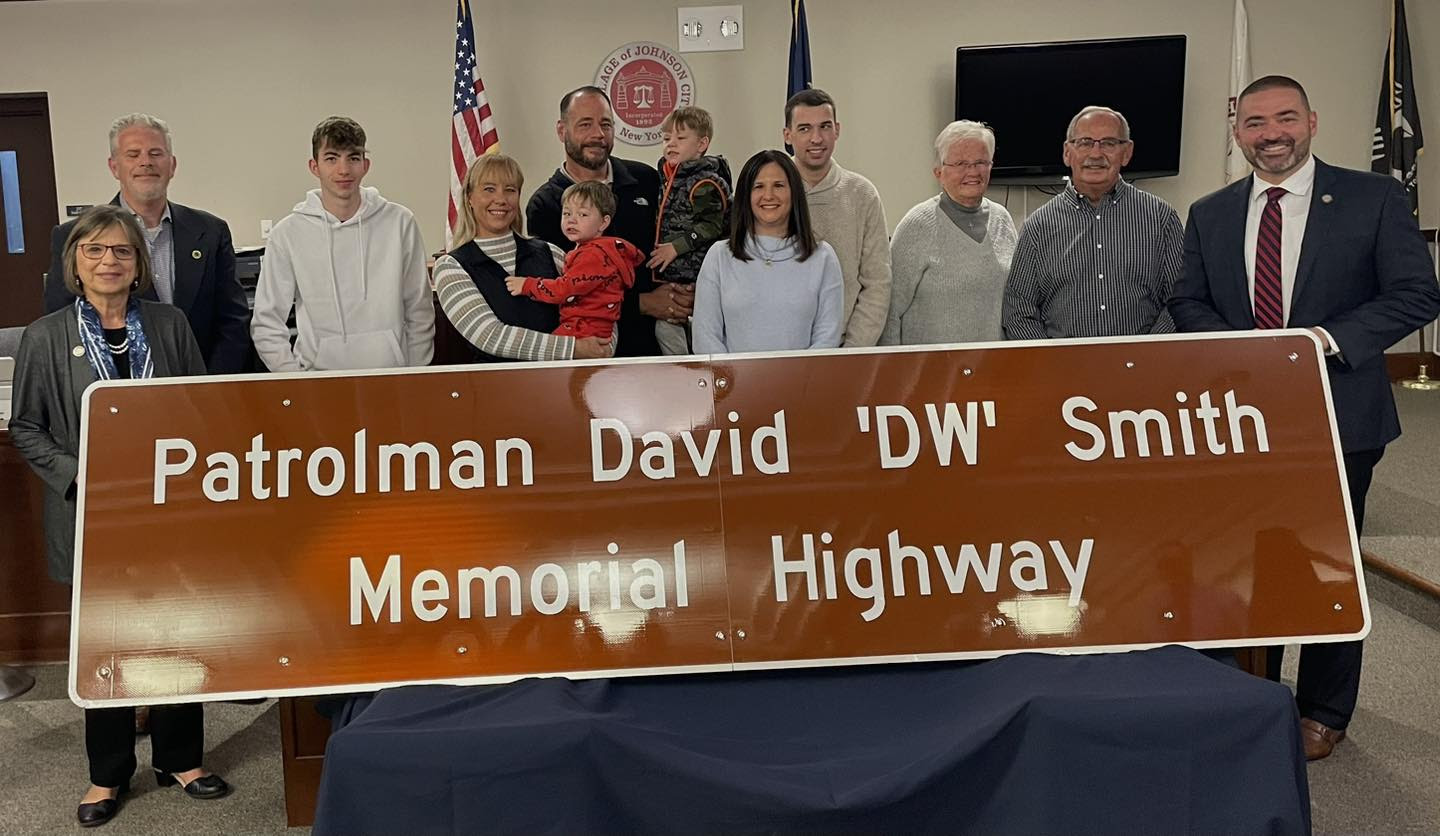 Binghamton University and Senator Chuck Schumer welcomed US Asst. Sec. of Commerce Alejandra Castillo to campus for a meeting with members of the New Energy New York coalition (the battery group). We discussed next steps after being awarded $113M through the federal Build Back Better Regional Challenge and through state funding. A strong emphasis was placed on the need for workforce development and housing to accommodate a larger workforce. For more information: https://discovere.binghamton.edu/news/neny-8243.html 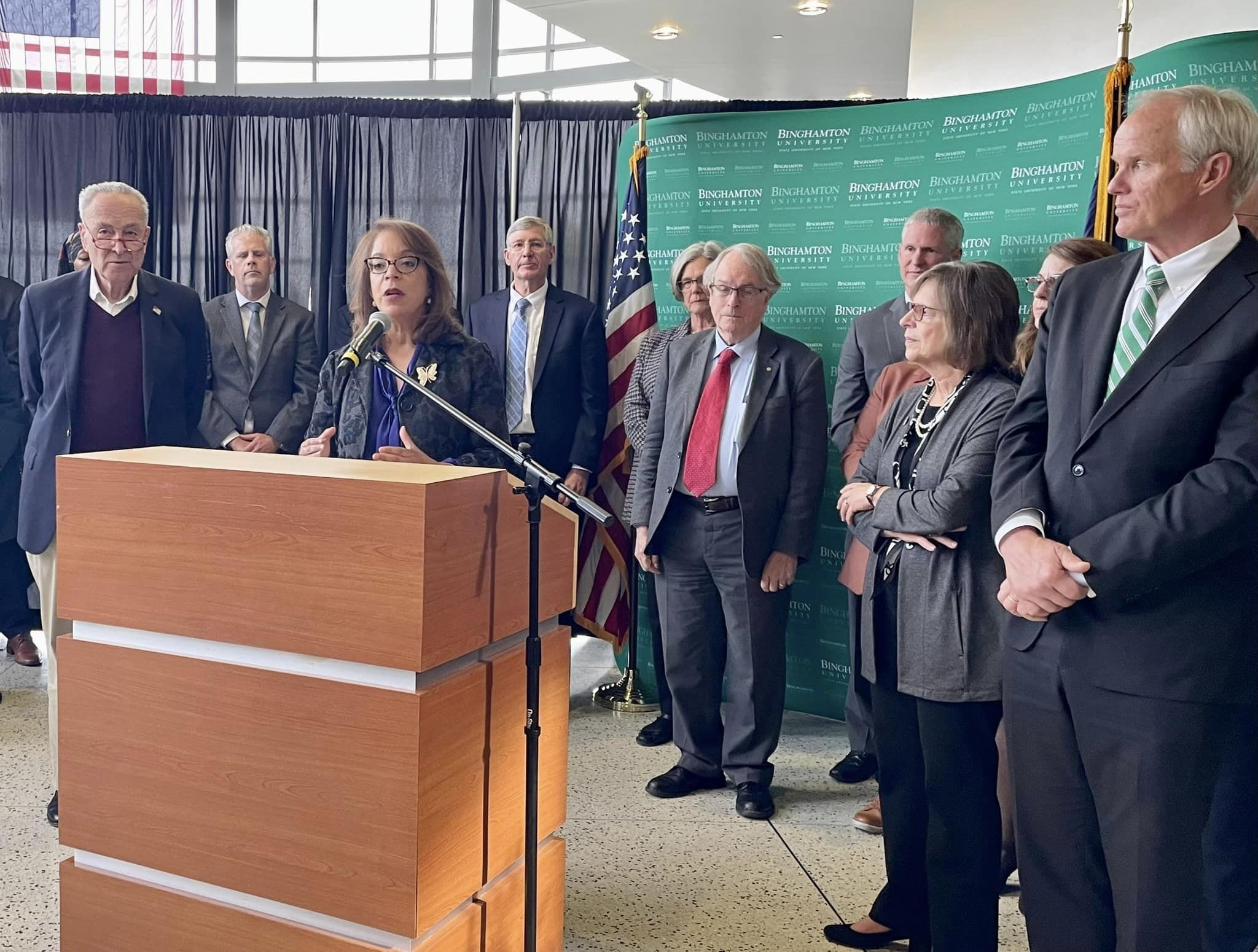 On May 3rd, 2023, NYers who fly will need to get an Enhanced Driver’s License or a REAL ID compliant ID. I joined NYS DMV Commissioner Schroeder at the airport to urge NYers to upgrade their current identification. There are two options in order to comply with the new regulations: 1- obtain a REAL ID which requires some additional proof of residency at the DMV, or 2- obtain an Enhanced Drivers License, which requires more verification, but will also allow holders to cross US land and sea borders (such as Canada, Mexico and some Caribbean Islands) without a passport. For more information: https://dmv.ny.gov/get-enhanced-or-real-id 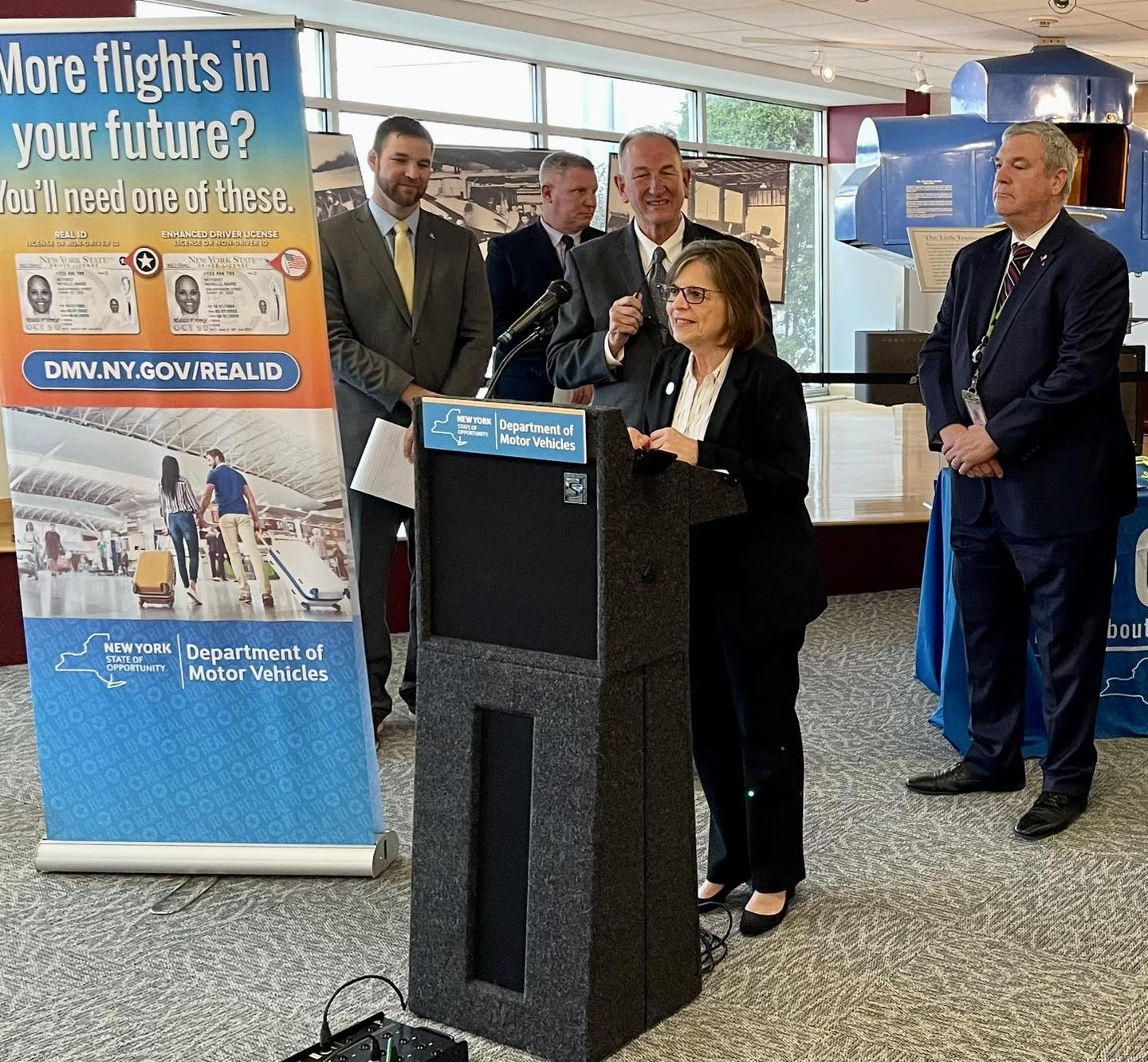 The Binghamton Philharmonic hosted a live musical performance of Rod Serling’s Twilight Zone episode “Walking Distance” in the Helen Foley Theater at Binghamton HS. The episode is set in Rec Park on Binghamton’s West Side, which is around the corner from Serling’s boyhood home on Bennett Ave. The live performance included Southern Tier Actors Read performing the dialogue from the episode and members of the Philharmonic performing “Walking Distance Suite” by Bernhardsen Hermann. It was an amazing performance that I hope will become an annual event. To read more about the performance: https://www.pressconnects.com/story/entertainment/2022/10/20/binghamton-philharmonic-concert-based-on-twilight-zone-is-oct-22/69563175007/