The 2018 legislative session came to a close on June 20th. While there were a number of issues that unfortunately were left unfinished, we were able to pass a number of important bills that will impact local residents and people across the state. As Chair of the Assembly Committee on Aging, I passed several bills to help older New Yorkers including legislation to help residents in assisted living receive hospice care, a bill to protect seniors in long-term care, and another that will help prevent financial abuse by educating consumers about different banking accounts available to them.

Other legislation I sponsored that passed both the Assembly and Senate include a bill that would make all school bus drivers subject to random drug and alcohol testing – currently, drivers of smaller buses are not subject to this testing; a bill creating a radon taskforce that will study radon exposure and make recommendations on how to mitigate its effects; and a bill that will allow for arraignments to take place at the Broome County Jail which will help save taxpayers money as judges will not be required to come into work on off-hours.

2. OUTSTANDING ISSUES TO KEEP WORKING ON:

As I mentioned above, there were a number of issues that unfortunately were not addressed before session ended. Bills that I am sponsoring that did not get done include legislation that would create a small business liaison within each state agency; a bill that will further develop our industrial hemp industry by clarifying certain definitions related to the crop; and the Student Journalism Free Speech Act, which would give student reporters more control over their news publications.

I was also disappointed that the Legislature was unable to come to an agreement on the School Bus Camera Safety Act, which would allow school districts to add cameras to the stop arms on their buses to help catch motorists who illegally pass. 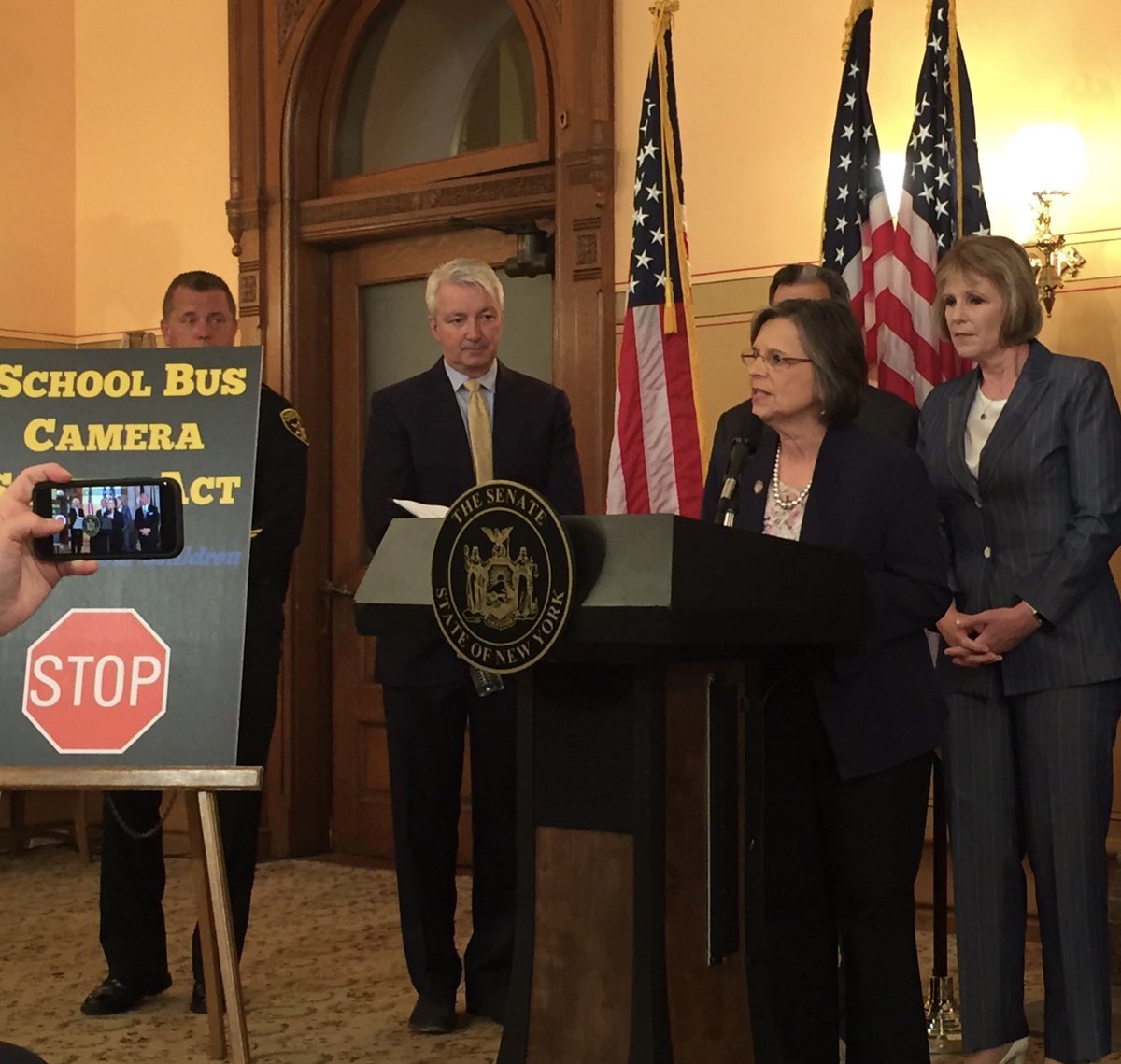 Assemblywoman Lupardo speaks at a news conference in support of the School Bus Camera Safety Act.

Legislation to permit sports betting in NYS did not pass either. After the recent Supreme Court ruling that opened the door for legalization, the State had an opportunity to put regulations in place; New Jersey has already moved ahead with sports betting and without legalization in NYS, we are likely to lose revenue to our neighbors in the Garden State.

While the Assembly passed a number of voting reforms this session – including early voting, online voter registration, and closing the LLC loophole – the Senate did not take these issues up. Additionally, I was very concerned that no additional action was taken to strengthen the State’s ethics and procurement laws. I will continue working on these issues when our session resumes next year.

I am focused on finding ways to help our community and state become a better place for older residents to live. On June 15th, I joined Broome County Office for Aging, Action for Older Persons, the NYS Attorney General’s Office and the Family Abuse Prevention Council on Elder Abuse Awareness Day. Elder abuse is one of the most common and under-reported crimes; I passed an Assembly resolution proclaiming this a day of awareness across NYS. Click here to learn more. 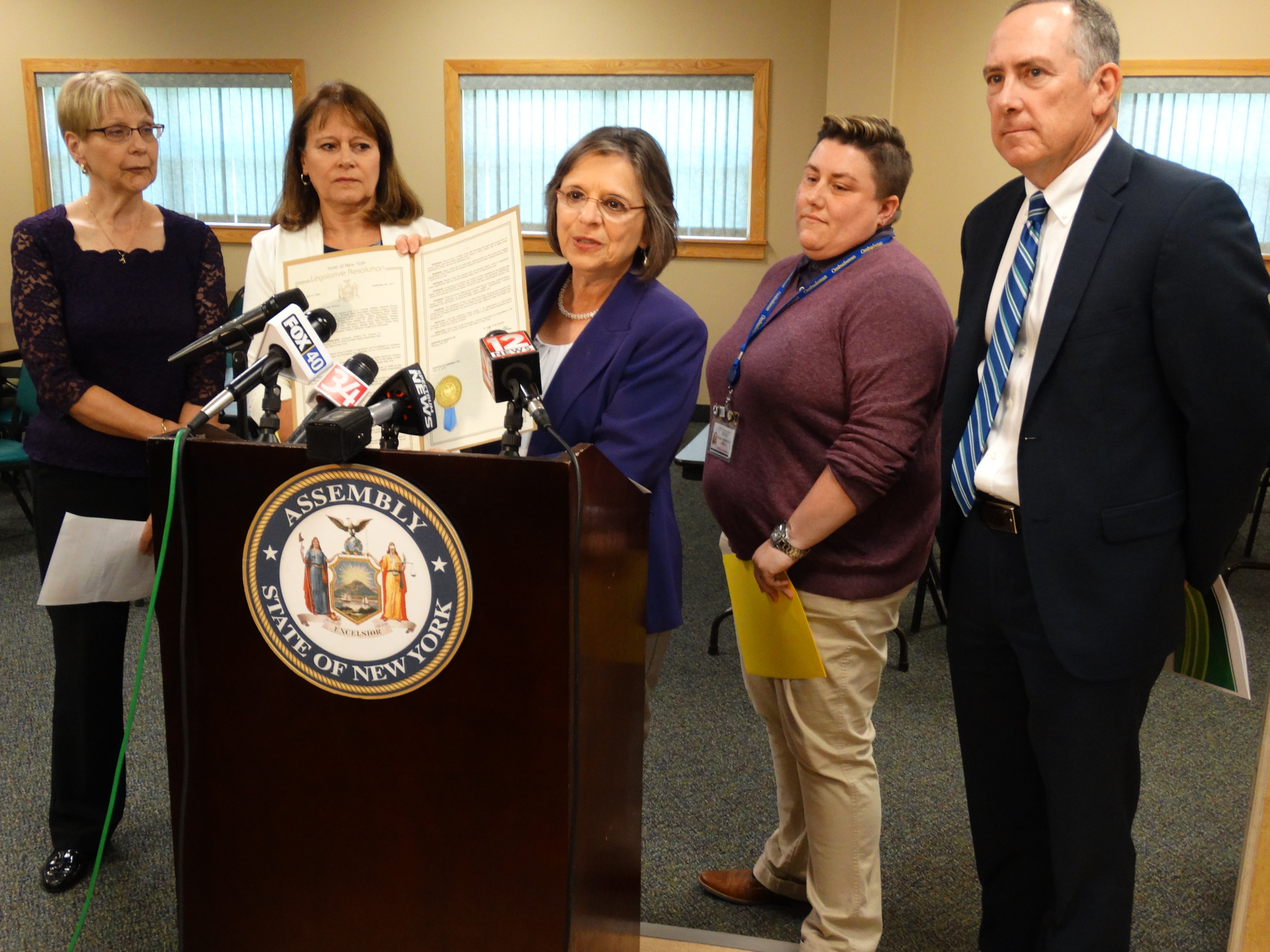 On June 20th, the Annual Senior Picnic drew hundreds of local residents to SUNY Broome. Along with a picnic lunch, visitors were able to speak with dozens of local businesses and service providers – including my office – enjoy classes, demonstrations, and music. It was at this event that County Executive Jason Garnar announced his plans to apply for designation as an Age-Friendly Community by AARP.

A new favorite event of many local seniors will be back once again on August 16th. The second Annual Lip Sync Challenge, to benefit Action for Older Persons, will once again take place at Binghamton High School’s Helen Foley Theater; a reception will begin at 5:30 and the show begins at 6:30. For ticket information, visit AOP’s website or call them at 607-722-1251.

In the next few weeks, seniors living in the 123rd Assembly District should be receiving a mailer that will include information on programs and services available locally, dangerous scams to be aware of, and a list of important phone numbers to keep handy. Our community is fortunate to have so many great services and things to do, but unfortunately many people aren’t aware of what’s out there; I hope that this upcoming mailer will help.

Construction is finally underway to transform one of Binghamton’s greatest historic treasures. The Carnegie Library on Exchange Street, has sat vacant since the Broome County Library moved a few blocks to its current facility on Court Street. The renovations are being done to transform the site into SUNY Broome’s Center for the Culinary Arts. I helped secure $5 million in the State Budget that matches $5 million from Broome County to restore the building and put students in the heart of the area’s emerging food scene; other funds were obtained from Empire State Development. This exciting project will allow new chefs and restaurateurs to train in the state of the art facility which will feature commercial and teaching kitchens and an event space. 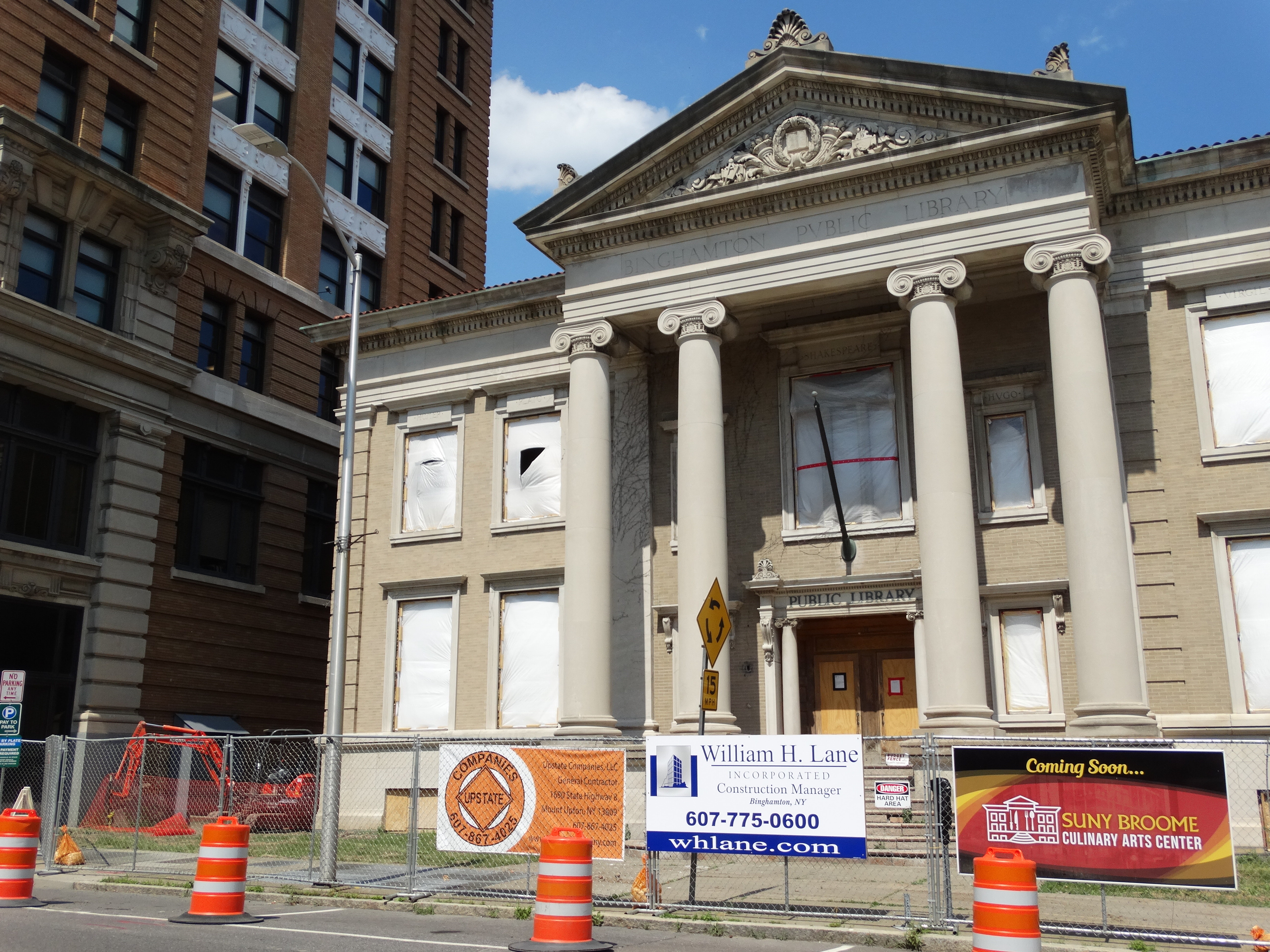 Construction is underway on the SUNY Broome Center for the Culinary Arts.

On June 28th, more than 150 women gathered at Traditions at the Glen for Broome Women Lead’s summer soiree. This was the group’s second sold out event following a lunch that launched BWL back in April. These networking events support BWL’s mission to educate, support, and advance women leaders in Broome County; the group aims to provide the tools, mentors, and network to inspire and guide current and future leaders. The women in the group come from all different backgrounds, professions, and political affiliations. As one of the founders of this group, it’s been exciting to see so much interest from women in the community and I look forward to watching BWL expand. Our next event is a breakfast on Tuesday, August 21 at the Doubletree Hotel in Binghamton. You can also keep up to date with events by requesting to join the Broome Women Lead Facebook group.

Women at the sold-out Broome Women Lead Summer Soiree at Traditions at the Glen.