Below are the top five items from the month of July.

1. Planting the first hemp seeds in NY in 80 years

For the first time in 80 years, industrial hemp seeds have been planted in New York State soil. In March, Morrisville State College was granted the State’s first license and entered into an agreement with JD Farms in Eaton, NY to plant the seeds. On July 3, I visited JD Farms to help them put some seeds in the ground. Hemp research was authorized under a 2014 bill I passed; Cornell University has also received a license and Binghamton University has expressed interest in industrial hemp for pharmaceutical research.

JD Farms and Morrisville State College are studying potential markets for industrial hemp. They have already worked to establish potential business connections, setting the stage for the establishment of a new industry in the state should the crop become fully legalized under state and federal law. This effort will assist farmers across the state that plan on growing this crop commercially under state and federal law. This multi-use crop has enormous potential especially for Upstate farmers. A new bill I passed this year will expand this pilot program by allowing the hemp that is grown to be marketed, processed, sold, and transported. You can click here to read more about hemp in New York State. 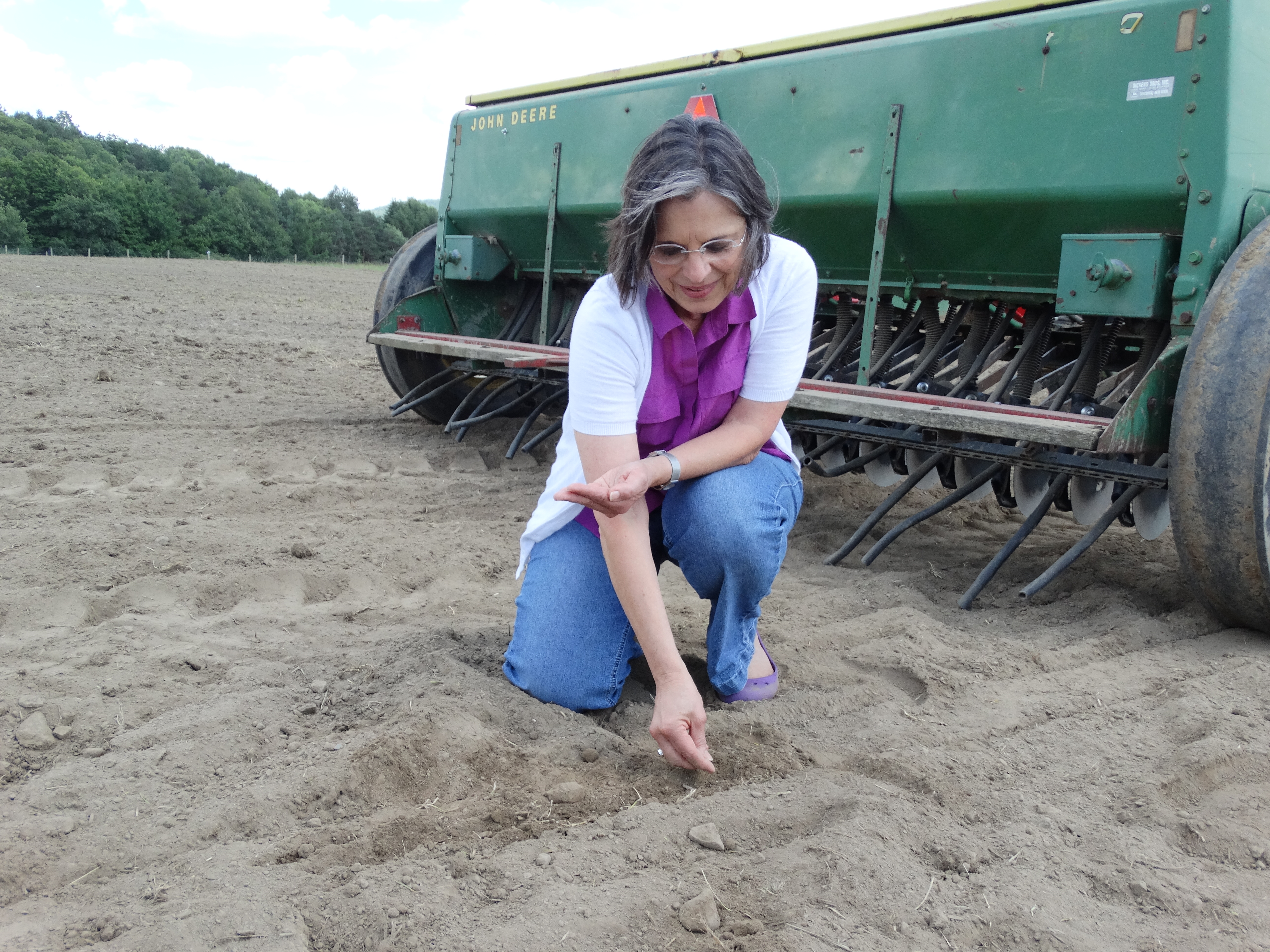 On July 19 I joined the Governor as he and executives from Dick’s Sporting Goods came to town to announce an exciting new economic development project for Broome County. The sporting goods retailer, which was started by Dick Stack in Binghamton in 1948, is receiving $12 million in URI funding and Excelsior Job Program tax credits from the State for its $100 million project that will bring 466 full-time jobs to the new facility at the Broome County Corporate Park.

The new regional distribution facility will be the company’s fifth nationally and will serve more than 200 retail locations throughout the Northeast. Along with construction of the facility, Dick’s will also incorporate environmental protections and energy efficient plans to the site. For more information on this project, click here. 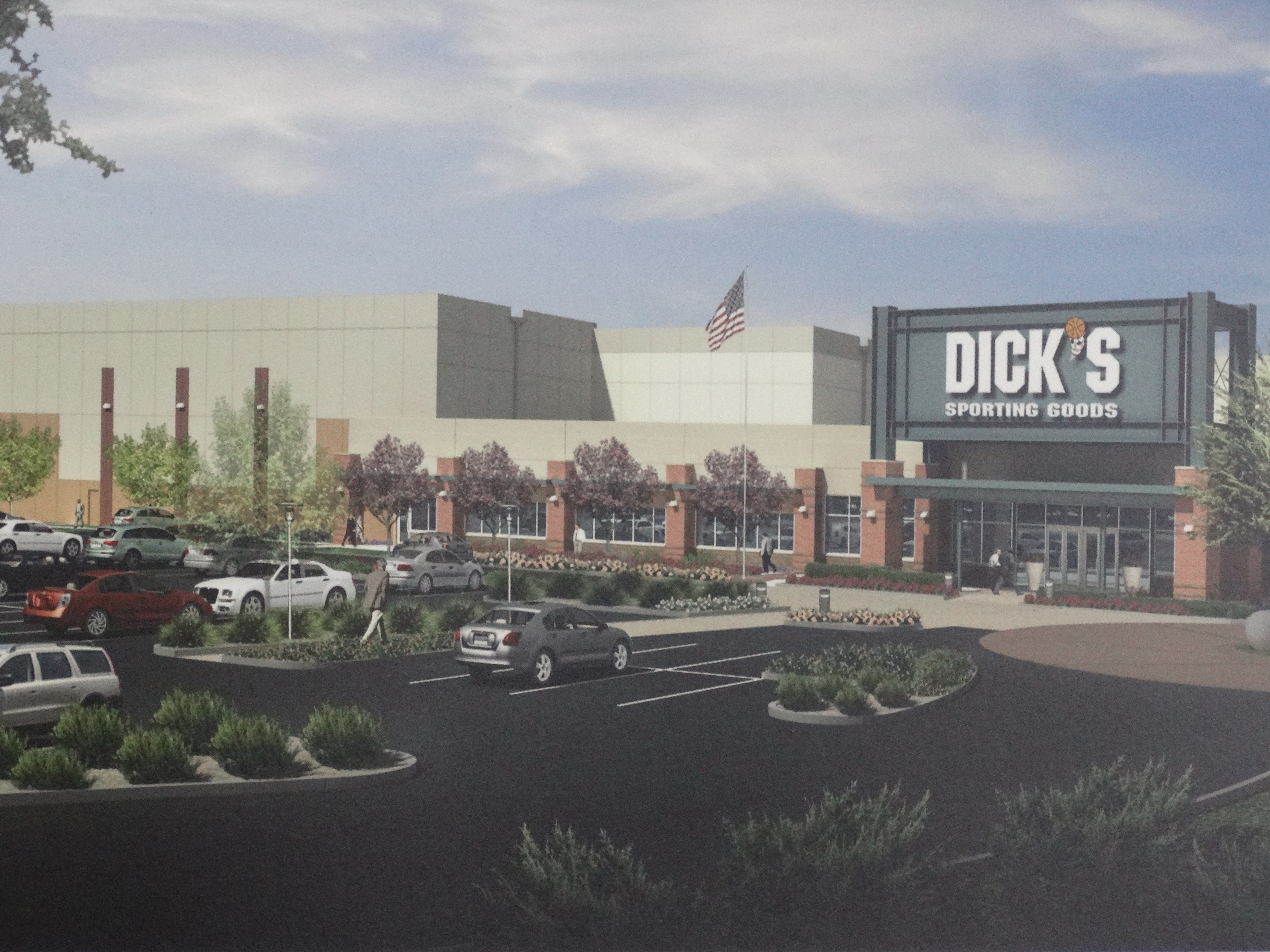 As the owner of a rescue kitty, I know about the important role our local animal shelters play in our community. I was happy to join the Broome County Humane Society on July 11 to announce a $250,000 Assembly Capital Grant I was able to secure for the shelter’s capital campaign.  This funding will help the Humane Society with its plans to build a new, larger facility on Conklin Avenue in Binghamton.

The $1.2 million ‘Help Us Help Them’ capital campaign kicked off in April; and with this new funding has reached $900,000, leaving the Humane Society about $300,000 short of its goal. The shelter is accepting donations from the public to help finish off the campaign. To learn more about how you can help, visit www.bchumanesoc.com or call 607-724-3709. To read more about this announcement, click here. 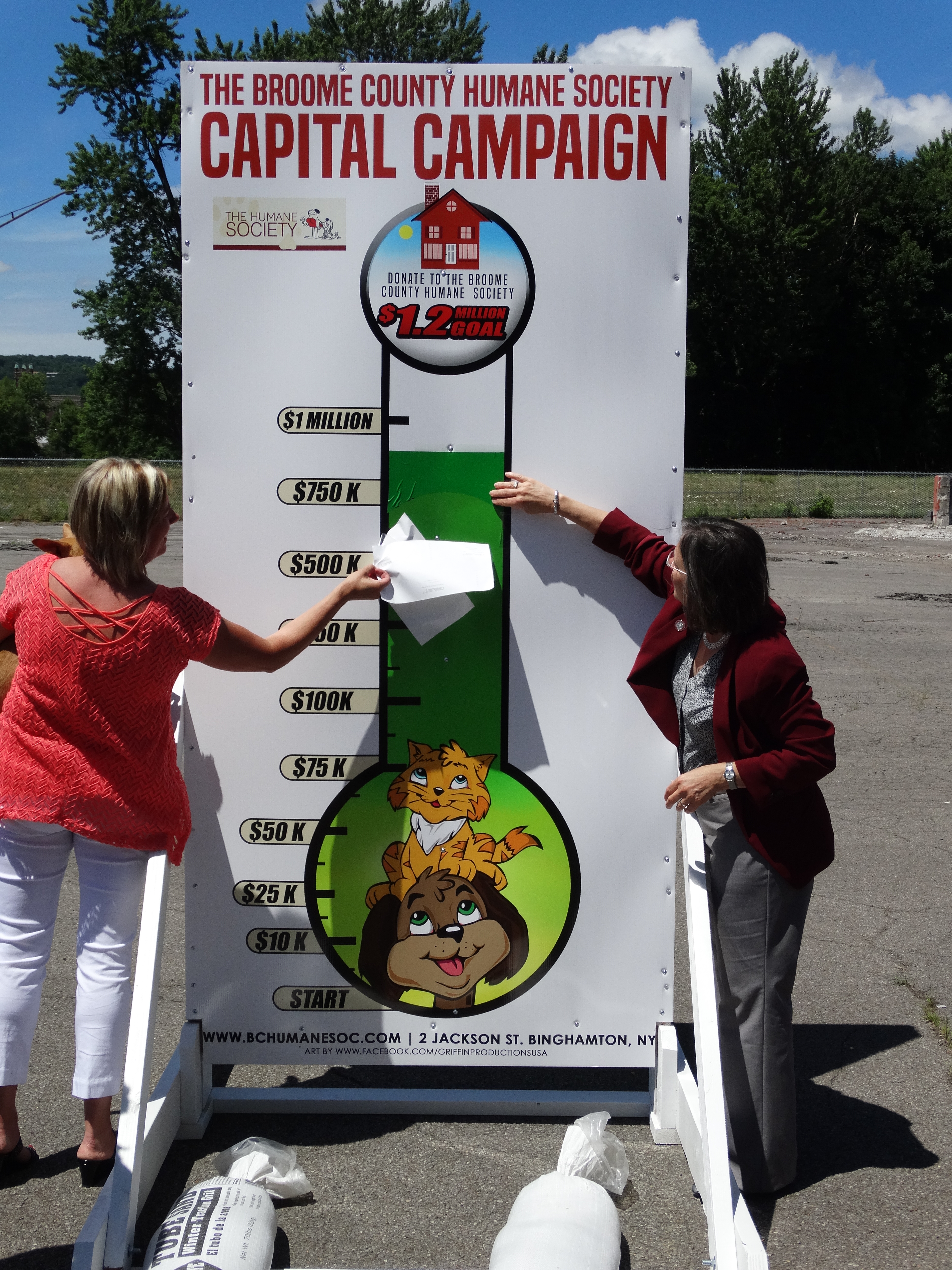 Last week, demolition on the Collier St. parking garage in Binghamton began. This will make way for a temporary parking lot with 70 spaces as the City of Binghamton moves forward with plans for a mixed-use parking, retail, and residential development at 7 Hawley St.

The demolition comes after the garage was deemed unsafe for vehicles and drivers. This year, I passed legislation that would require regular structural inspections of both private and public parking structures by a licensed engineer. Following issues with this garage and others across the state, we were surprised to learn that there were no requirements for such inspections. This bill will ensure the safety of drivers and their vehicles. It is now awaiting action by the Governor. You can read more about this bill here. 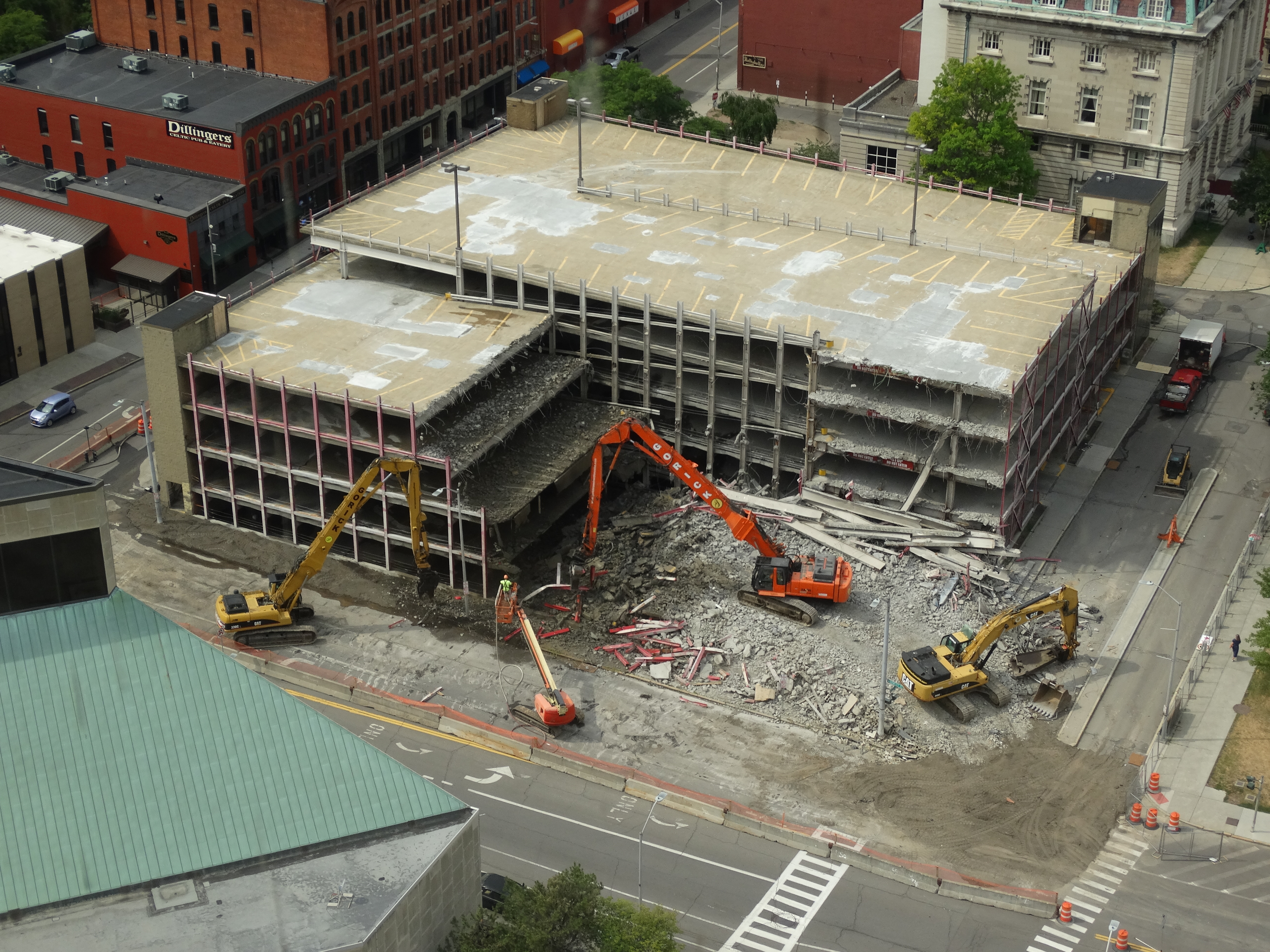 On July 14th, Lieutenant Governor Kathy Hochul stopped by Binghamton to take a look at some of the exciting developments happening downtown. I showed her the historic Carnegie Library on Exchange St. which SUNY Broome will be transforming into the state of the art Carnegie Center for the Culinary Artsl. I was able to secure $5 million in the State Budget to match County and private investments that will help restore this architectural treasure.

We also took a look at the progress of the Downtown High-Tech Incubator on Hawley St. as well as some of the new student housing on Chenango St. Lieutenant Governor Hochul was impressed with the development taking place in our city and even remarked that Binghamton should be a model for other communities in the middle of rebuilding their downtowns. 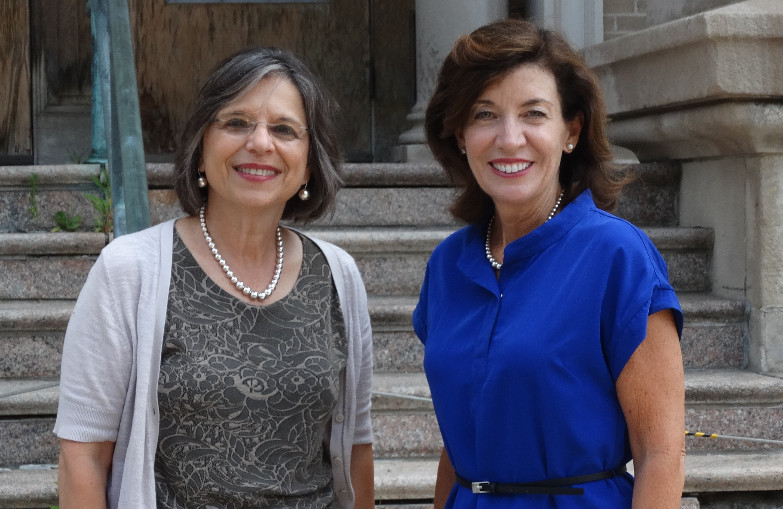 Assemblywoman Lupardo and Lieutenant Governor Kathy Hochul in front of the historic Carnegie Library in Binghamton.