Last year’s budget included legislation to change the state’s bail and discovery laws. The goal of these reforms was to create a fairer criminal justice system for everyone, regardless of their financial situation. For a long list of crimes, bail was always an option, but many could not afford to pay, oftentimes leaving them in jail for long periods of time, disrupting their employment and families.

Since the law went into effect at the beginning of the year, many concerns have been raised. This is an enormous change in the way the system had worked up to this point, and many were not prepared or supportive of its implementation.  For example, the state failed to provide adequate pre-trial resources for defendants, especially those with a mental illness or substance abuse disorder. And while the law was supposed to apply to “misdemeanors and non-violent felonies,” we are reviewing some of the crimes that are on the list.. Regarding judges, while they have options available to monitor individuals awaiting trial, many want judicial discretion restored in certain cases.

I’ve spoken with many local officials to get their feedback and am cosponsoring legislation that would amend parts of this bill. I’m also making sure that this year’s state budget includes needed funding for local referral services.  In the meantime, please know that a person charged with a “non-bail” offense may still be jailed in lieu of bail for any of the following reasons: if they persistently and willfully fail to appear in court; if they are alleged to have intimidated a witness or victim, or, if they are charged with a felony and alleged to have committed another felony while out free. 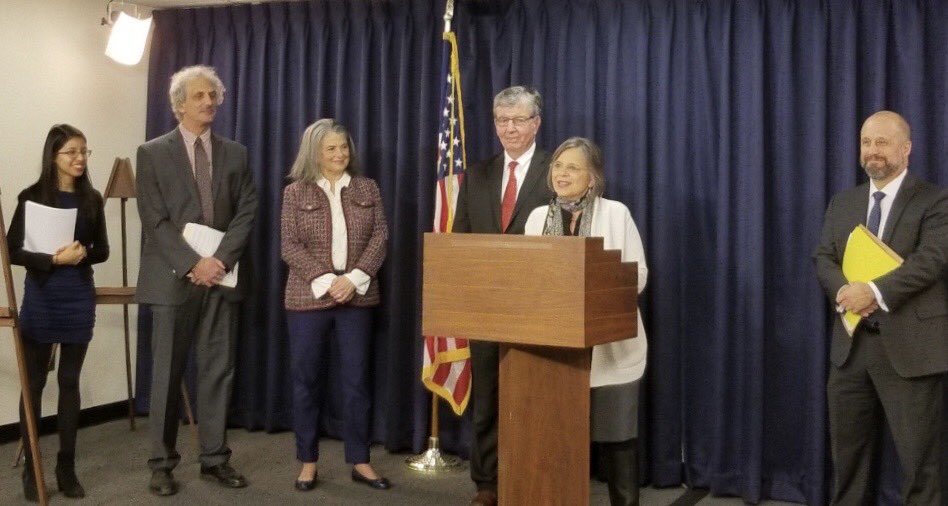 Assemblywoman Lupardo speaks at a news conference regarding her “Right to Repair” legislation.

Last Tuesday, I joined Senator Neil Breslin as we reintroduced the Digital Fair Repair Act; legislation we’re sponsoring that would require diagnostic and repair information for electronics be available to independent repair providers and consumers. We all rely on our electronic devices every day, but when they’re broken we almost always have to rely on the companies that made them. Many repair shops, and consumers, do not lack the skill to repair electronics, they lack the information. Manufacturers often keep diagnostic and repair information private so users are forced to pay them to be repaired. This often results in items becoming electronic waste.

The bill would require original equipment manufacturers (OEM) provide the same documents, parts, and tools available to them to independent retailers and consumers for diagnosis, maintenance, or repair of certain electronic devices.

Every 10 years, the U.S. Census Bureau works to count every person residing in the United States. The Census helps to dictate the allocation of funding to NYS, legislative redistricting, and congressional representation, among other things. You can expect information to be mailed to your home in March. In previous Census counts, New York State has been undercounted, resulting in the loss of billions in federal funding for our hospitals, public schools, infrastructure, emergency services and Congressional seats. Beginning in March, the Census Bureau will be mailing information to you about how to complete the form.

Despite this pattern of undercounting, the federal government this time has cut the Census Bureau budget, reduced the number of field offices and focused on the use of online forms (even though not everyone has internet access). To help ensure everyone is counted the State budget includes $20 million to promote the Census efforts. You can help by spreading the word to your family and neighbors that the Census count is coming up and why it’s so important to be counted. My office will also be distributing information and coordinating efforts with Broome County.

If you shop at Wegmans, you probably noticed that the supermarket has stopped using plastic bags to pack your groceries. While Wegmans has chosen to eliminate the use of plastic carryout bags early, many stores across the state will be required to starting on March 1st. Customers will now have the choice between reusable bags – which many of you have been taking advantage of for years – or paper. Counties and individual stores can charge a $0.05 fee on paper bags if they choose. The new ban on these bags is an important step in cutting down on harmful plastic waste and protecting our environment.

Bags used for dry cleaning and newspapers are still permitted, as well as those used by pharmacists and restaurants for delivery and carryout purposes.  Store bought trash bags and those used for wrapping produce and meats would also be permitted.

Last week, I was recognized by the American Council of Engineering Companies of New York (ACECNY) as one of their two Legislators of the Year. I appreciated their recognition of my advocacy over many years for infrastructure improvements, especially in Upstate NY.  I was also recognized for legislation I’ve been trying to pass for a couple of years. The bill would expand ownership of design professional corporations through the use of employee stock ownership plans (ESOP). By changing ownership practices, New York design firms will be more competitive in attracting and retaining talented professionals. The bill includes environmental science, accounting and finance, human resources, marketing, and information technology personnel. 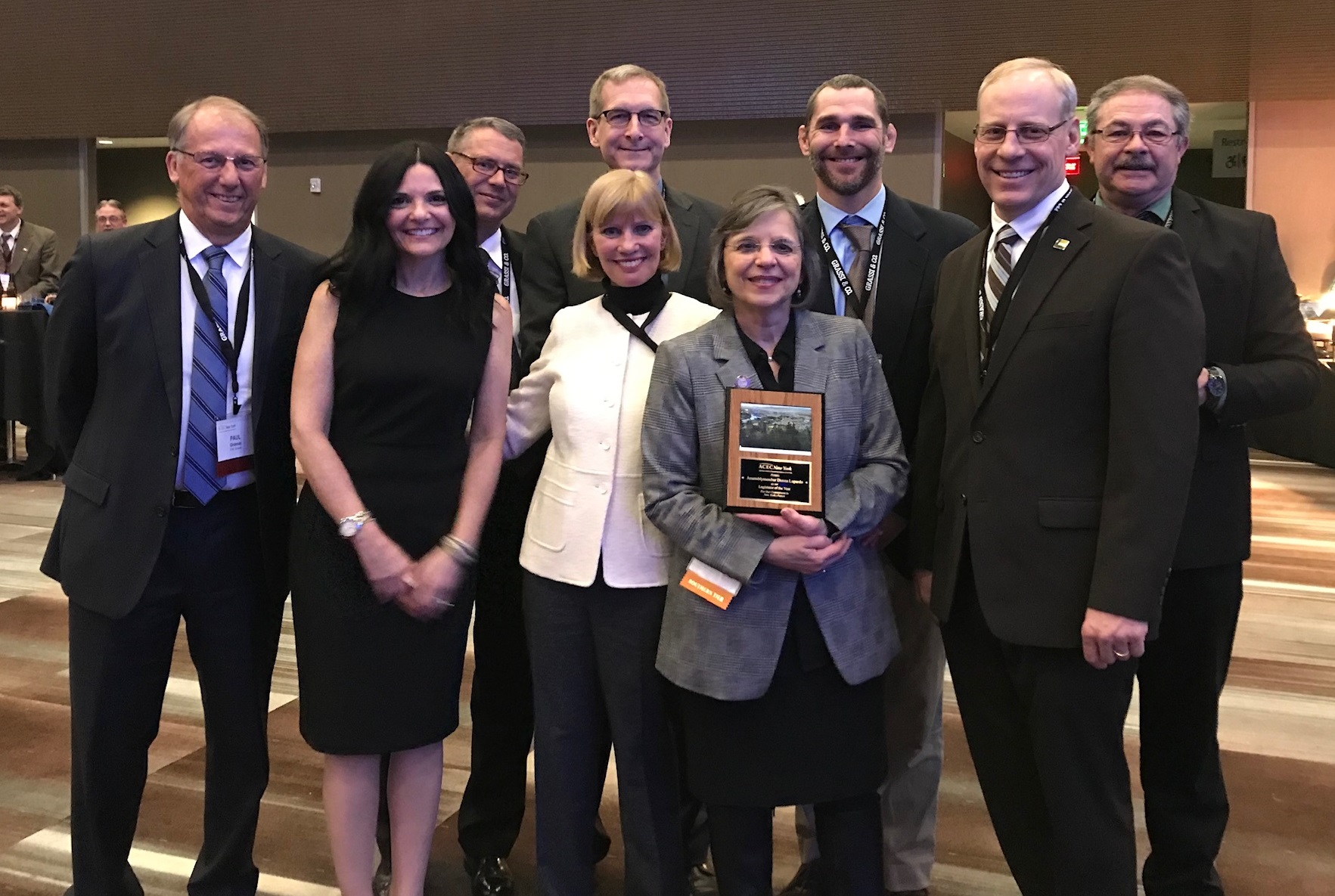