Below are the Top 5 items from December 2019

The Southern Tier has fared well at the REDC Awards, but had not been named a Top Performer since 2015 when it was an Upstate Revitalization Initiative winner. Our region did very well this year, receiving $88.9 million – the most of any region – at the December 19th ceremony in Albany. Our Regional Council worked very hard to prepare this year’s proposal, advancing innovative approaches to childcare and other important initiatives. As a member of the team  that reviews plans from across the state, I can say that the Southern Tier has embraced the collaborative approach that is helping the region’s economy grow. To read more about this year’s REDC Awards and see awarded projects, click here. 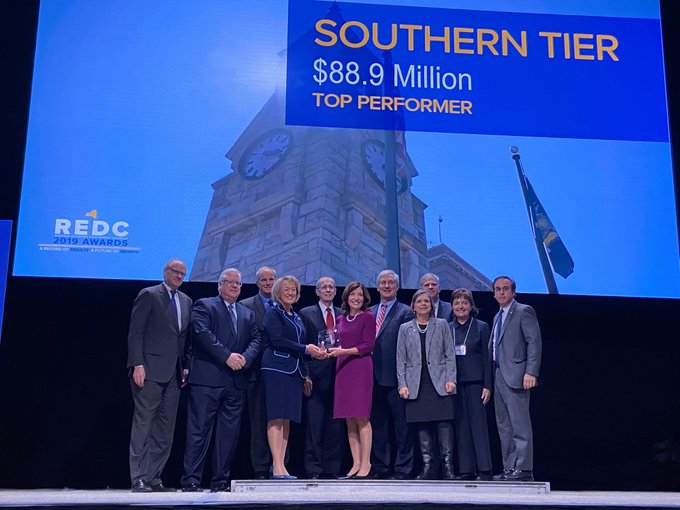 Assemblywoman Lupardo and members of the So. Tier REDC at this year’s Awards Ceremony in Albany.
(photo courtesy of SUNY Chancellor Kristina Johnson)

2. CASTLE ON THE HILL MOVES INTO NEXT PHASE:

Although it has sat idle for more than 20 years, work has been quietly happening behind the scenes to stabilize and restore the former New York State Inebriate Asylum, more commonly known as the Castle on the Hill, in Binghamton. Two years ago, a study of the current condition of the building clearly outlined the repairs and renovations that would be needed in order to repurpose the Castle. The next step recently got underway when Empire State Development selected a firm to conduct a market feasibility study. This is a very important step in the process, that will help determine the ultimate use for the building. It will involve many community stakeholders who will be interviewed for their thoughts and suggestions. As you know, I have been committed to saving this historic building and will not rest until it’s put back into use. Read more about the latest on the castle, and what’s been done up to this point, by clicking here. 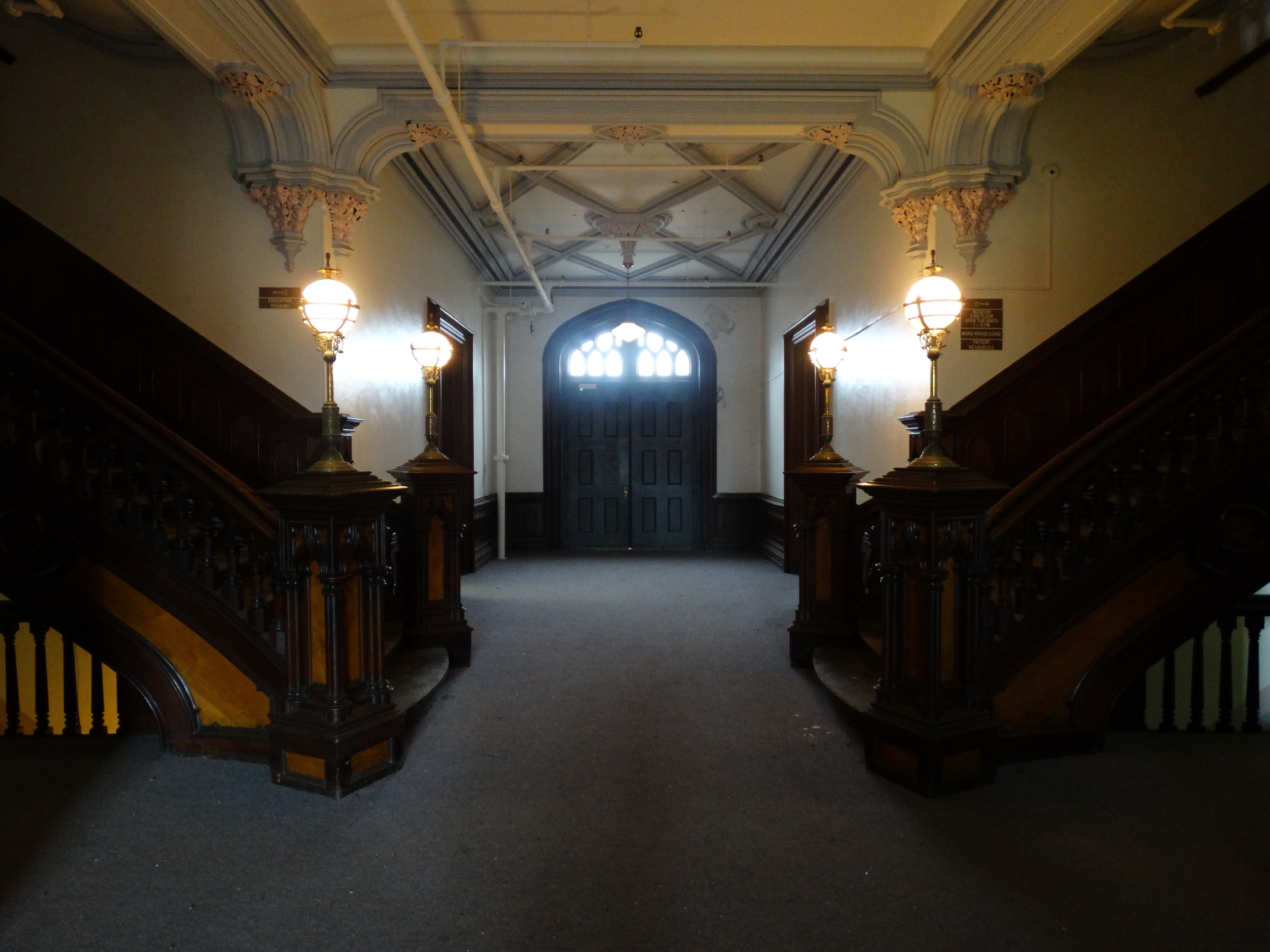 The main lobby of the historic NYS Inebriate Asylum in Binghamton.

Since 2014, I’ve been working to establish and grow New York’s hemp industry. More than five years later, we are the top grower of hemp in the northeast and one of the leading states in the production of hemp in the country. Today, hemp products are in high demand – especially those with extracts like CBD – and you can find them on shelves in nearly every store. However, consumers don’t always know where these products were grown or how they were tested. On December 9th, the Governor signed my hemp extracts bill that will develop testing and labeling standards for hemp extracts like CBD. This legislation provides important consumer protections, while giving clear directions for hundreds of farmers, processors and manufacturers. To read more, click here.

As Chair of the Assembly Agriculture Committee, my committee held a budget hearing on December 20th ahead of the new legislative session. Representatives from various farm, food, and animal welfare organizations offered testimony on the impact of the 2019-20 State Budget and to highlight their priorities for the upcoming budget year. Given how central agriculture is to our economy, we need to be very strong advocates for their interests. The hearing touched on a wide range of topics including the farm to school program, workforce shortages, farmland preservation, farm worker childcare, infrastructure, and the care and protection of companion animals. Testimony gathered during the hearing will be used by the Agriculture Committee to examine the overall impact and implementation of this year’s budget as it develops the 2020-21 State Budget when the new legislative session begins. To read more about the hearing, click here. 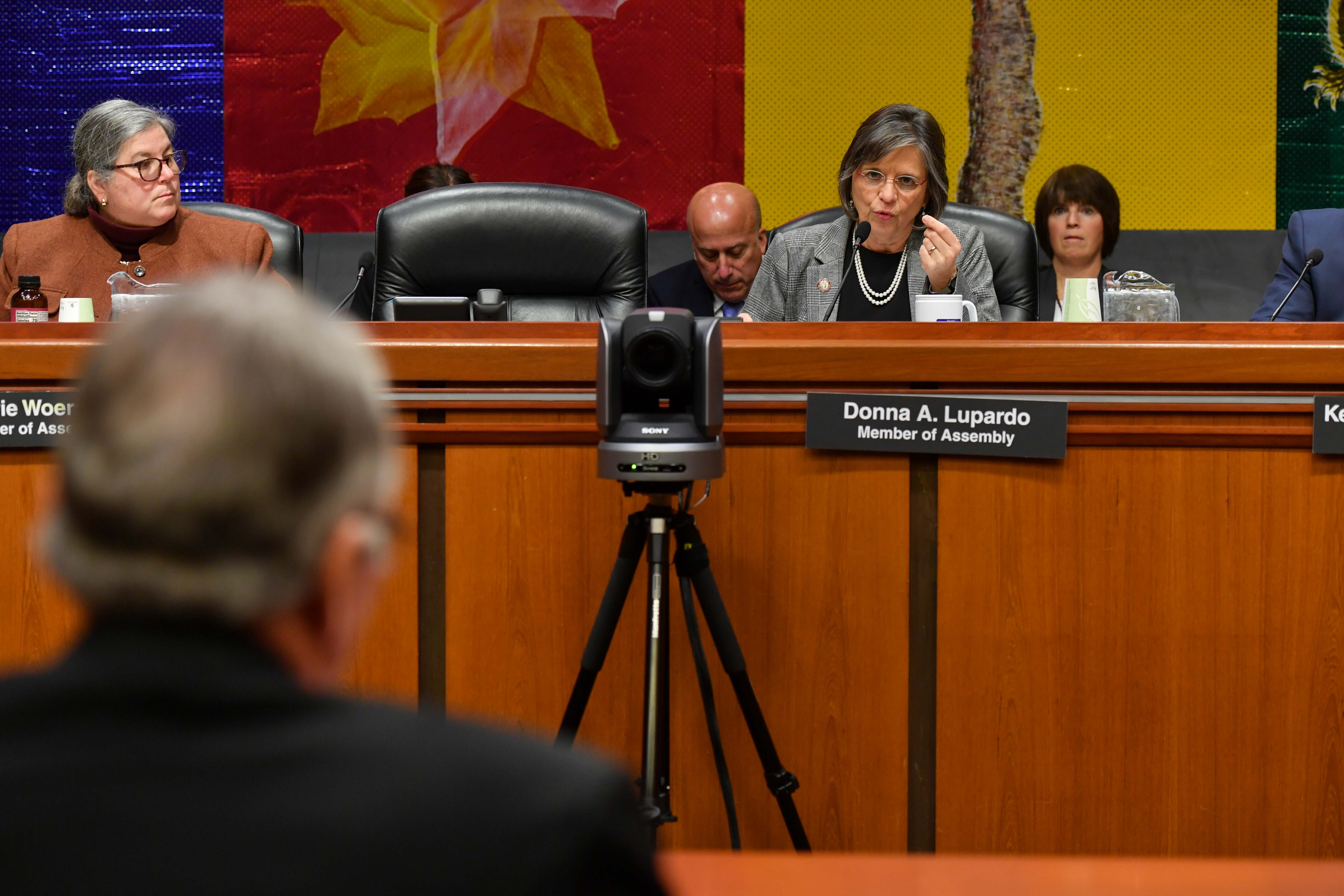 New York State ranks third in the nation for number of confirmed cases of Lyme Disease. Given the often difficult nature of diagnosing Lyme, that number is likely much higher. As instances of this and other tick-borne illnesses continue to grow, I recently teamed up with Assemblywoman Didi Barrettt and Senator Fred Akshar on new legislation to help. On December 10th we introduced the Demos Ford Act, named for a local young man living with Lyme Disease. Senator Akshar and Assemblywoman Barrett have introduced the bill and I am the prime co-sponsor in the Assembly. This bill would require physicians to review diagnoses with symptoms also associated with tick-borne illnesses to ensure that a patient’s illness was not misidentified. It also would require the Commissioner of Health to develop a standardized protocol for the diagnosis and treatment of Lyme Disease. You can read the full bill by clicking here. 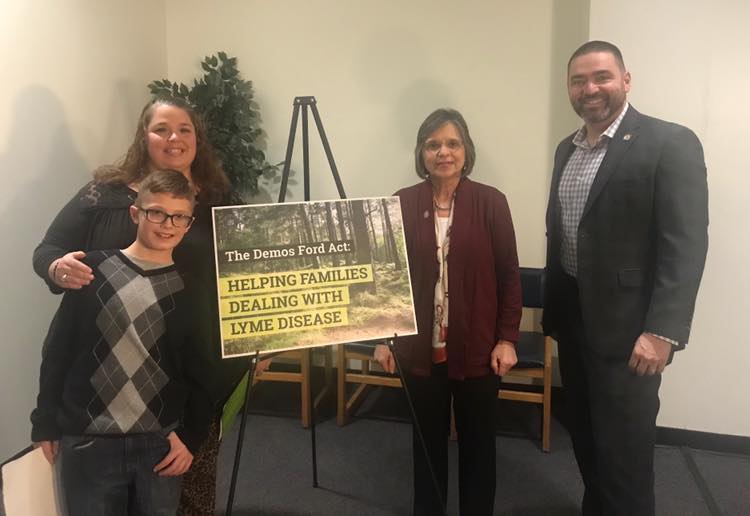 Assemblywoman Lupardo and Senator Akshar with Demos Ford and his mother at the announcement of the new Lyme Disease legislation named for Demos.