I passed a number of bills during the 2018 legislative session and the Governor just signed two into law. On August 24th, he approved a bill, A208, to expand drug and alcohol testing for school bus drivers. Before this law, drivers of smaller buses were not subject to this testing requirement. This law closes the loophole by making ALL school bus drivers eligible for random testing. 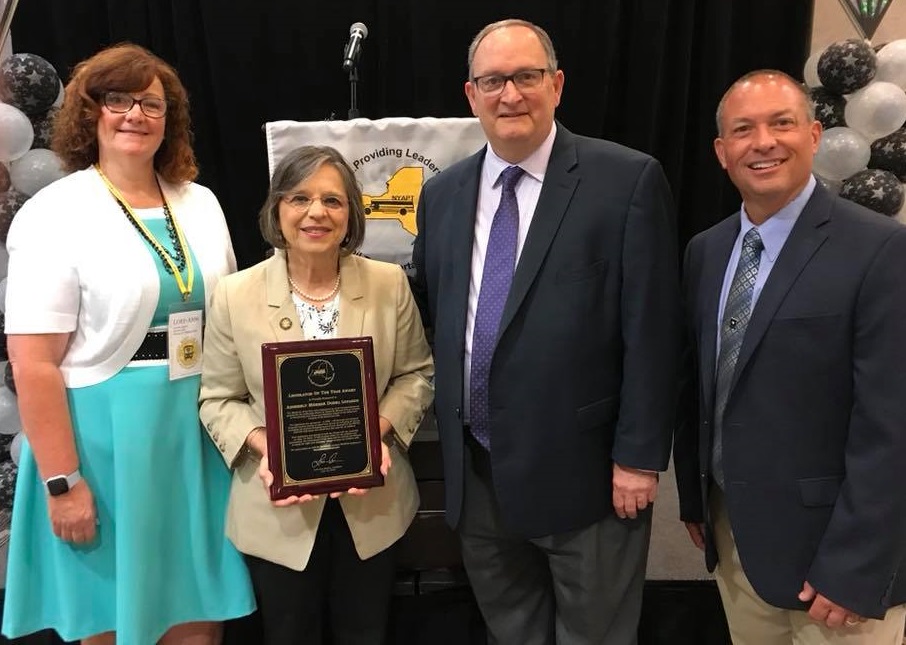 Assemblywoman Lupardo receives the NYAPT’s Legislator of the Year Award for her work to pass A208.

The same day, another bill, A11050, that will help protect people in long-term care settings was signed. The Long-Term Ombudsman Program (LTCOP) was created as part of the Older Americans Act (OAA) of 1965. Ombudsmen work to identify, investigate, and resolve problems of individual residents and advocate for changes at the local, state, and national levels. This new bill improves the program while bringing it in line with federal law; as a result, LTCOP will continue to be eligible for federal funding, allowing local ombudsmen to continue providing this vitally important service to members of our community.

On August 14th our community once again experienced the effects of extreme weather. Flooding in Vestal, Binghamton’s East Side, Conklin, and other areas forced states of emergency to be declared and evacuations of homes and businesses. In the aftermath, I toured some of these locations to assess the damage and prepare for recovery efforts. The state has established a hotline to assist with any flood-related needs; residents can call 866-697-2434. Any constituents who were affected by this latest round of flooding can also call my office at 607-723-9047 for assistance.  I am very aware of the respective nature of some of this flooding and will be seeking assistance to better understand what can be done. 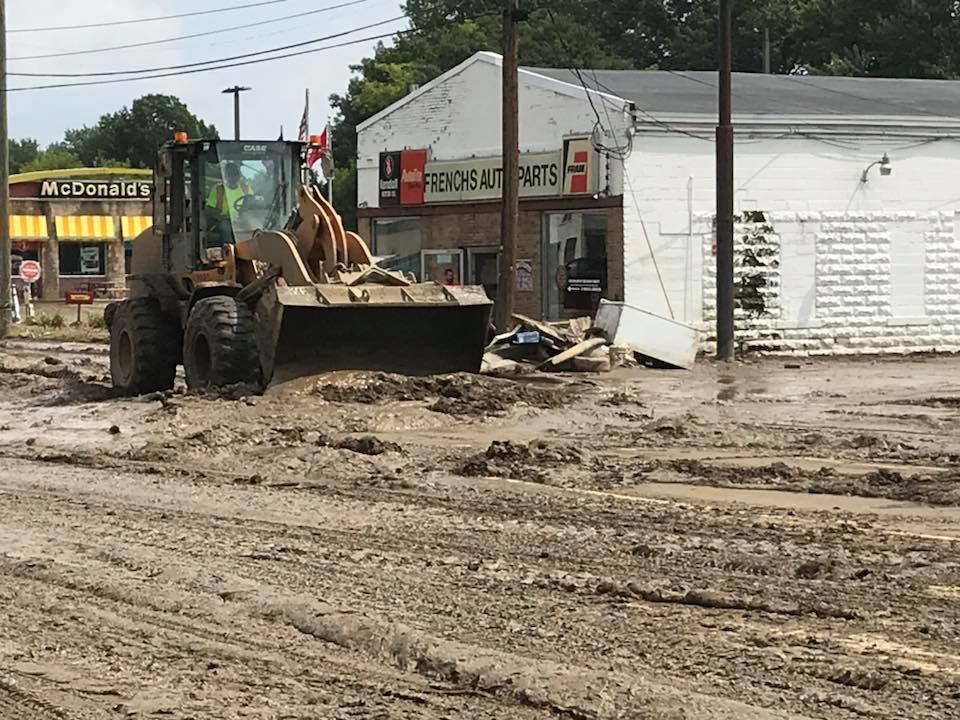 Crews work to clean the mud off Upper Court Street the day after flash flooding washed out the road.

3. DISCUSSING HEMP WITH THE COUNCIL OF STATE GOVERNMENTS:

On August 7th, I attended the Council of State Governments Eastern Regional Conference in Rye Brook. During this conference I delivered an update on New York’s successful Industrial Hemp Program. More than 115 licenses have been issued to growers this year alone, placing New York as one of the top five growers and processors in the country. We are also keeping a close eye on this issue at the federal level where the full legalization of industrial hemp may be included in the 2018 Farm Bill.  Senator Schumer recently announced his full support at a press conference in Tioga County. This crop will not be able to reach its full potential until barriers are removed at the federal level. When they are, New York will have a competitive advantage.

This past month, two major environmental groups released their annual scorecards for state legislators. I was proud to receive a perfect score from both the EPL/Environmental Advocates and the New York League of Conservation Voters.  EPL/Environmental Advocates graded state lawmakers on 15 different bills related to environmental issues from 2018, while NYLCV used 13 bills to issue its scores. As a lifelong environmentalist, conservation, preservation, and climate protection are major issues that compelled me to run for office in the first place. Each year these topics are top priorities for me and I will continue doing all I can to ensure our environment is safe and protected.

On August 16th, area seniors took the stage at Binghamton High School’s Helen Foley Theater for the second annual Lip Sync Challenge presented by Action for Older Persons. 14 acts performed either on stage or via video in front of hundreds of spectators; ten of these acts were judged by a panel of local celebrities which included Jim Ehmke from Newschannel 34, former television personality Candace Chapman, and local entertainer Ryan Wilson. This fun event showcases the positive spirit of our aging community and encourages others to age well. You can watch my video from this year’s event by clicking here. It was another great experience to help organize this event with AOP and I’m looking forward to next year. 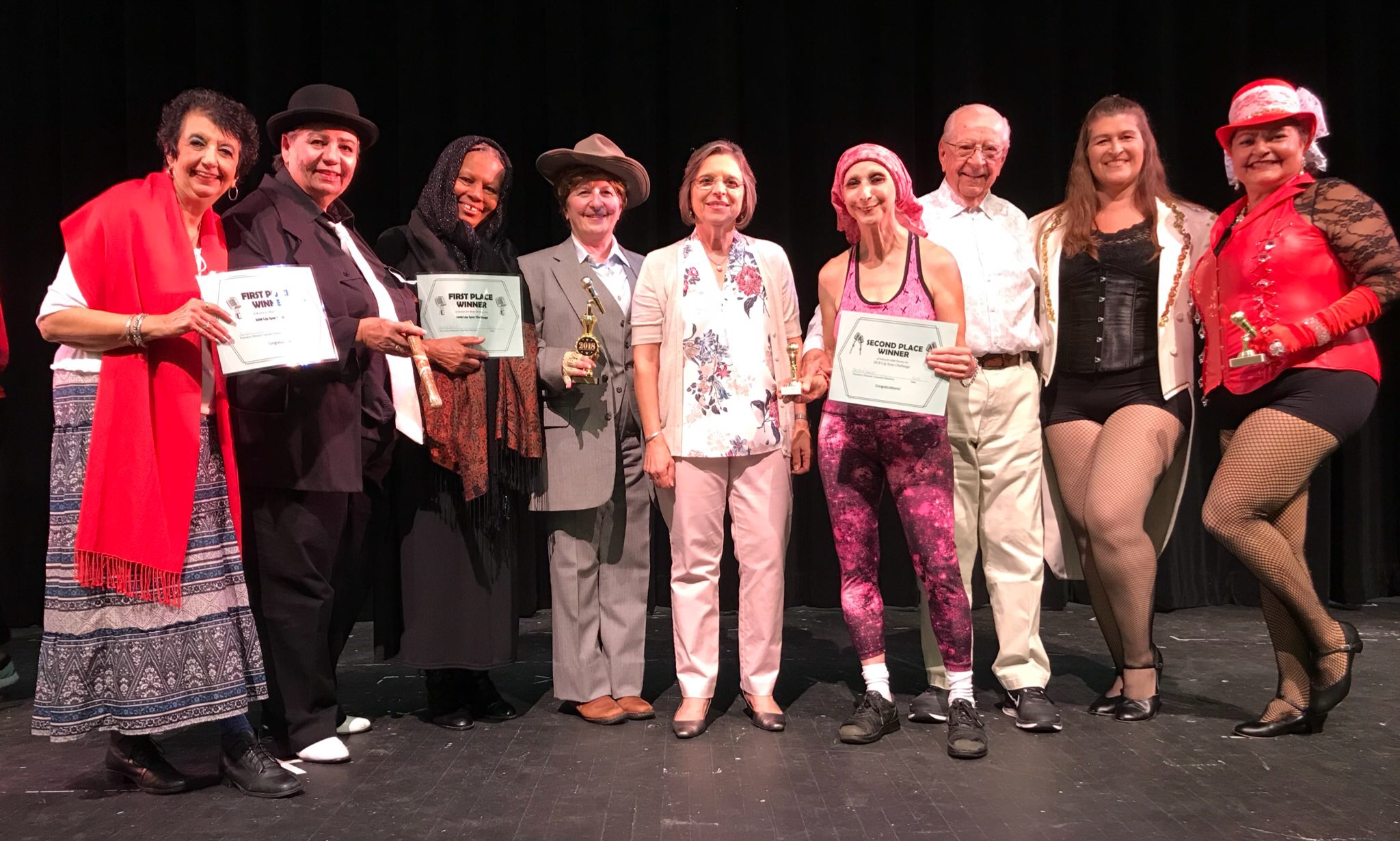 Assemblywoman Lupardo with the winners of the 2018 Lip Sync Challenge.