1. SESSION WINDING DOWN AT THE STATE CAPITOL:

There are less than three weeks left in the legislative session in Albany and this session has already produced a number of significant items passed by the State Legislature. Long-overdue voting reforms were signed into law in January; we passed a budget that included a boost for public education, eliminated the use of harmful plastic bags, and made important investments in programs that support and protect seniors; and as the Chair of the Committee on Agriculture, I’ve prioritized issues that help our food and agriculture industries which are a major component of the state’s economy.

Many groups are also visiting me in Albany to discuss specific legislation of importance to their group. In the last month alone I have met with local firefighters, farmers, teachers, nurses, chiropractors, pipe-fitters, laborers, university police officers, life insurance agents, veterinarians, and others.

I am also working on a new bill that would regulate hemp extracts like CBD in order to protect both producers and consumers. I’m sure you’ve seen advertisements and businesses popping up all over the place selling these products.  It’s important that we provide guidance on the production of hemp extracts for our local farmers and processors, along with testing and labeling guidelines for consumers. I’ll be sure to update you on these and other end of session issues in the next edition of e-News. 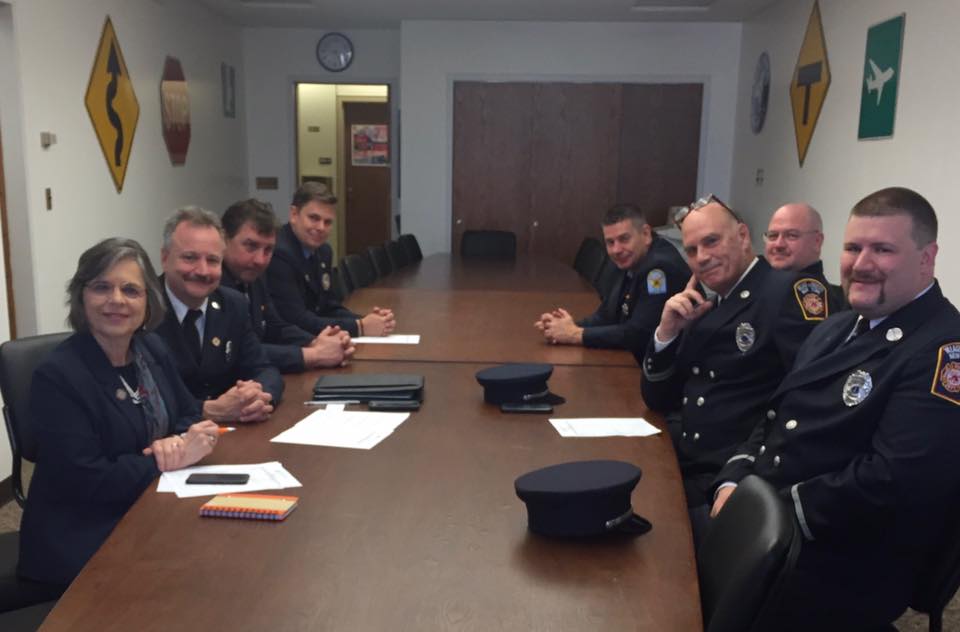 Assemblywoman Lupardo meets with firefighters from Binghamton, Endicott, & Johnson City during their annual visit to Albany.

Each year I send out a survey to my constituents to gather input on a number of issues that are being discussed at the Capitol. This year’s survey had one of the biggest responses my office has ever received.  In addition to feedback on the specific questions asked, respondents also indicated that continued economic recovery and working to ease the tax burden were top priorities. Other common responses involved taking steps to protect the environment and combat climate change, improving infrastructure throughout the region, lowering the cost of healthcare, and supporting education. These issues continue to be priorities for me, but as the Chair of the Assembly Committee on Agriculture, I’m also focused on policies that help grow our local food systems and agricultural industries in the State. Food and farming are a major component of our local and state economy; by supporting this industry we are seeing progress in finding new opportunities for farmers as well as creating new processing and manufacturing jobs. Click here to see the complete survey results.

Earlier this year, the Assembly passed a bill to allow school buses to be equipped with stop-arm cameras to help catch vehicles that pass them illegally. As the prime co-sponsor of this legislation, giving school districts this option has been a top priority of mine and I was pleased to see the Senate pass its version of the bill on May 15th. Now that it has passed both houses of the Legislature, it is awaiting action by the Governor. 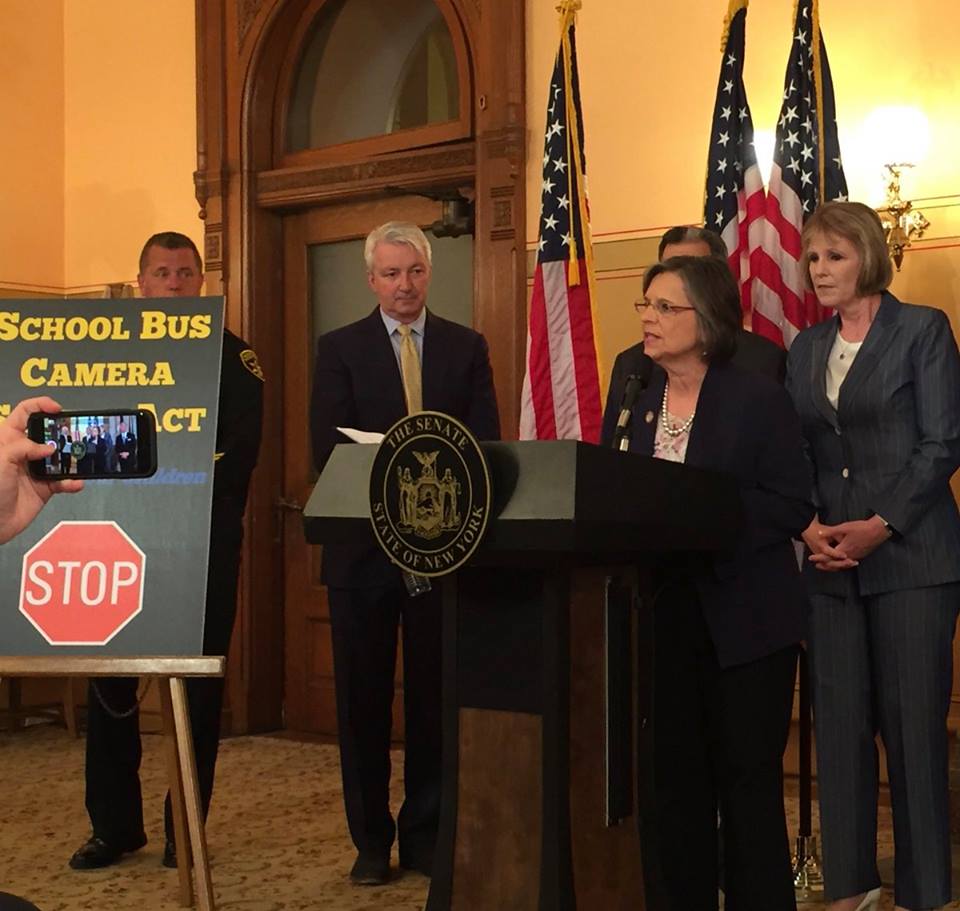 Assemblywoman Lupardo speaks at a 2018 news conference in support of stop-arm camera legislation.

Cars pass school buses on a daily basis, but the current law can only be enforced if a police officer actually witnesses the violation. These cameras would record violators and allow police to issue tickets even if they don’t witness it in person. I’m glad we were finally able to reach an agreement on this critically important public safety measure. You can read more about this bill by clicking here.

4. UE STUDENTS GET FIRSTHAND LOOK AT STATE GOVERNMENT ON TRIP TO CAPITOL:

One of my favorite parts of serving in the Assembly is sharing what happens at the Capitol with students from around my district. On May 8th, I welcomed students, teachers, and parents from Union-Endicott’s Charles F. Johnson Elementary School to the Assembly as part of their field trip to Albany. Their visit was part of the school’s social studies curriculum where they learn about government and civic participation. The group also visited the Senate chamber and took a tour of the entire Capitol. They were amazed by how big the State Capitol is and were in awe of the beauty of the Great Western Staircase, also known as the “Million Dollar Staircase” – to be honest, even after all these years, I share their amazement.

Because of my interest in aviation, a few years ago I joined the New York Wing of the Civil Air Patrol as an honorary Major in its Legislative Squadron. Since then, I have joined them at a number of their meetings, events, and missions. On May 4th I had the opportunity to fly with the Broome-Tioga Composite Squadron during a training exercise over Whitney Point. Consisting of approximately 50 cadets and 20 adult volunteers, the group’s main missions are cadet programs, aerospace education, and emergency services. CAP has been an important part of recent winter storm responses, security and crowd control during air shows, and other community-based missions. Our region is lucky to have such an active and dedicated squadron. 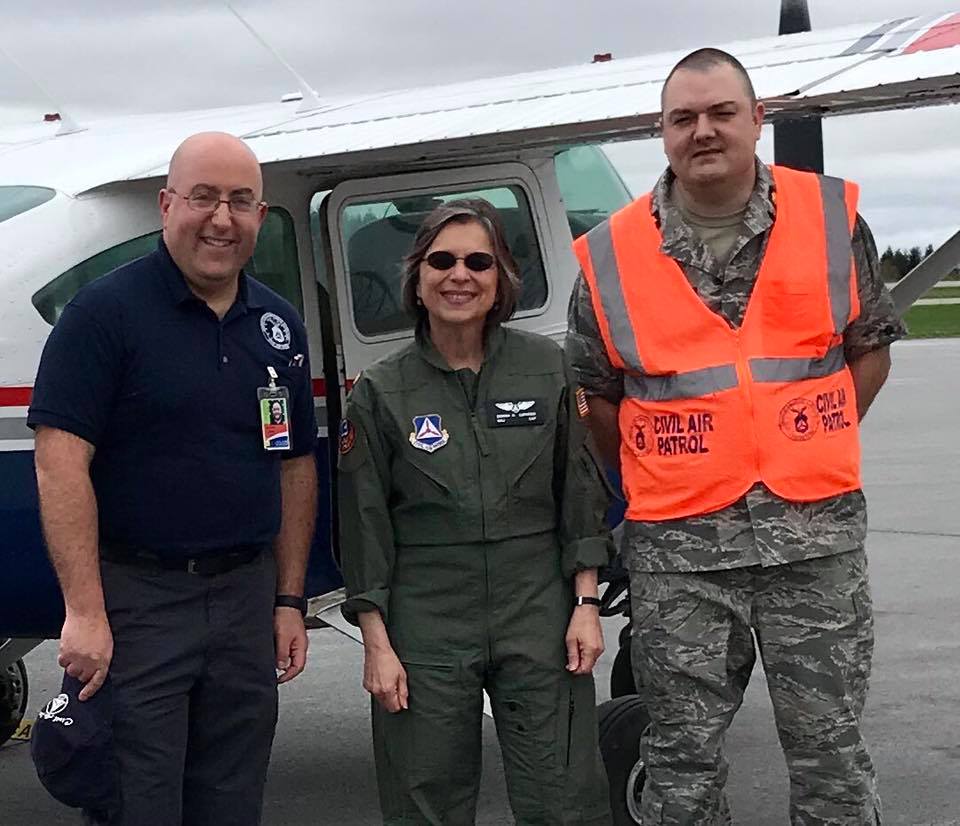