An essential part of our healthcare system is the care provided to seniors at home. Home health aides care for seniors, helping them avoid more expensive hospital and nursing home care. On April 18th, I attended a luncheon honoring these hardworking and often unsung heroes and heroines. The recently enacted state budget also recognized the importance of this work by including a $15 million increase for in-home services for the elderly. The budget also includes the nation’s first program to develop a private-pay market that will enable people of all income levels to gain access to services that help older adults remain independent. Often times, many people do not qualify for such services because their income is too high; counties will now be able to proportionately charge these individuals for services. As the former Chair of the Aging Committee, this was one of my top priorities and the topic of several hearings I conducted and bills that I introduced. 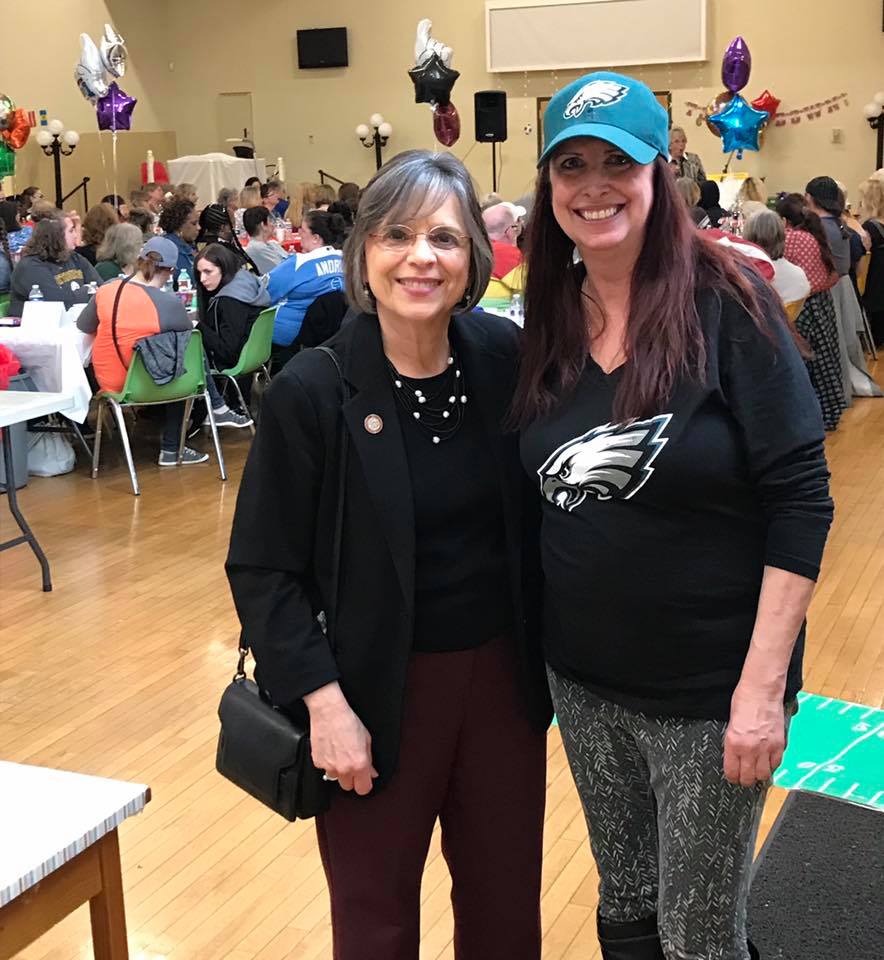 On April 29th, Canopy Growth, a major company that chose Broome County for its industrial hemp operations, announced that it will locate its NY headquarters in Kirkwood. Canopy purchased the former Felchar Manufacturing site where it will process and manufacture products made with locally grown industrial hemp. The company announced earlier this year that it will invest $150 million for its local operations and employ hundreds in Broome County. The company expects the Kirkwood site to become a hemp hub, with suppliers and other businesses locating close to the main Canopy Growth site. 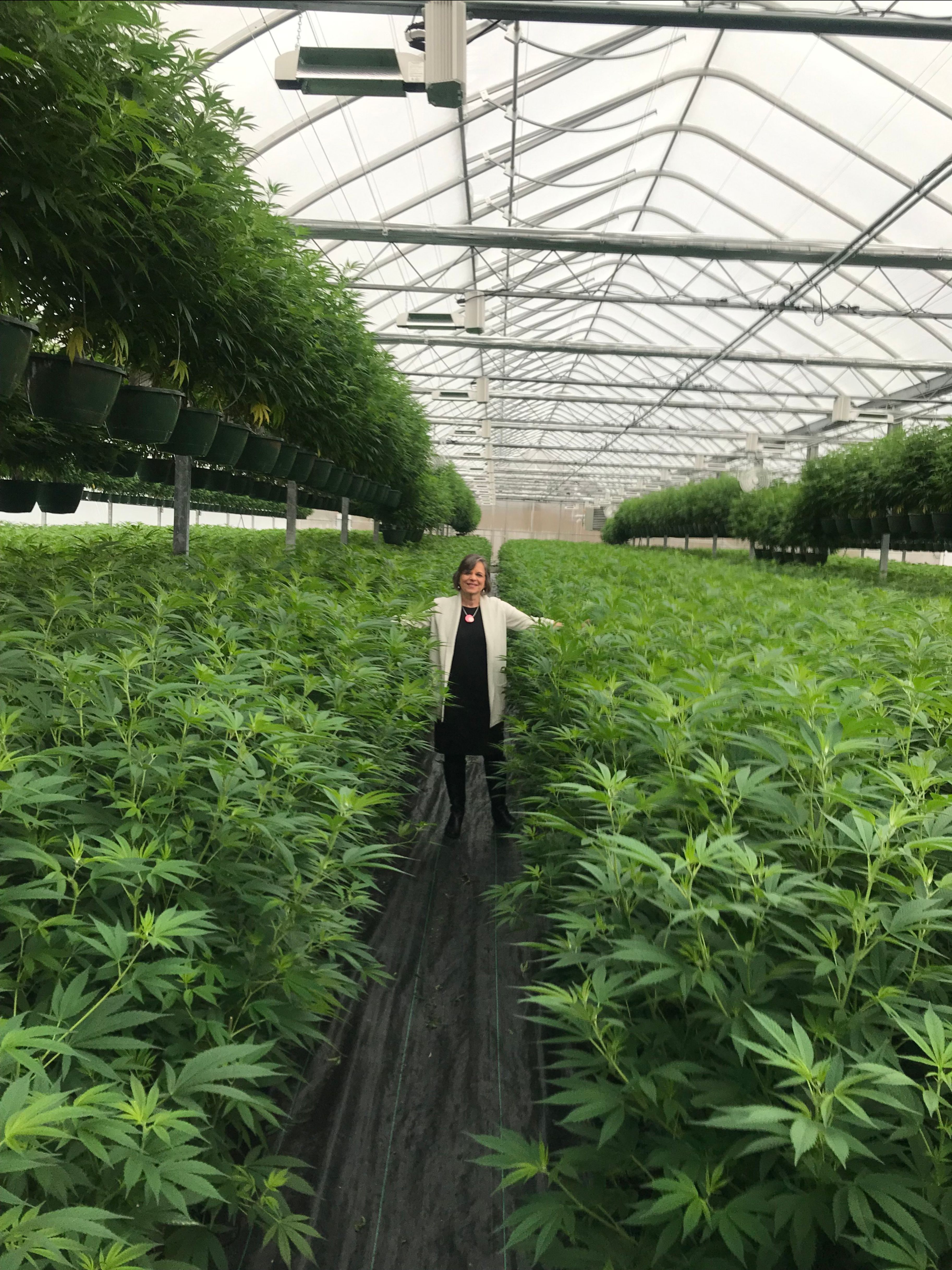 Meanwhile, I visited Nanticoke Gardens this past month to check in on this year’s hemp crop. Nanticoke is growing plants for Southern Tier Hemp (STH); each plant in this picture will produce 100 identical plants for the outdoor growing of CBD. STH announced earlier that they are purchasing the former Gannett printing plant in JC for its NY headquarters. These two new companies, along with many others are adding an important element to our local economy. Most Upstate communities have long established ties to farming, processing, and production. This is one area that the Southern Tier was lagging in.

On April 30th, I welcomed 80 student journalists from across the state to the Capitol for Student Press Advocacy Day. In meetings with dozens of Assembly and Senate members, the students advocated for support of a bill I introduced that will give them more editorial control over their publications. The Student Journalist Free Speech Act would give students more autonomy, while creating a school based appeals process for articles that administrators want to censor. Speech that is considered libelous, slanderous, or has the potential to incite violence would not be protected under this bill. By extending the same freedoms that professional journalists have to students, we will be encouraging and supporting an art and profession that is the foundation of our democracy. 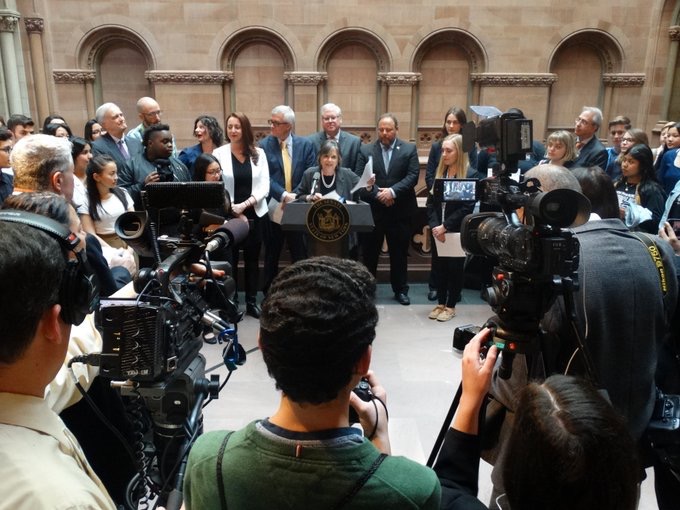 Assemblywoman Lupardo speaks at a news conference during Student Press Day at the Capitol.

On April 5th, the SUNY Broome Electrical Engineering Technology Department and IEEE club won the grand prize Most Efficient Vehicle at the 2019 Toyota Green Grand Prix at Watkins Glen International Raceway. After it was donated to SUNY Broome, the students set out to redesign and fix the Chevy Metro to have a range of 100 miles at an average speed of 45mph. The car used 18.8 kWh of electricity to travel approximately 100 miles and bested production vehicles such as Teslas, Priuses, Chevy Volts and other hybrid vehicles. Thanks to SUNY Broome for providing this information, to read more about the winning car, click here. 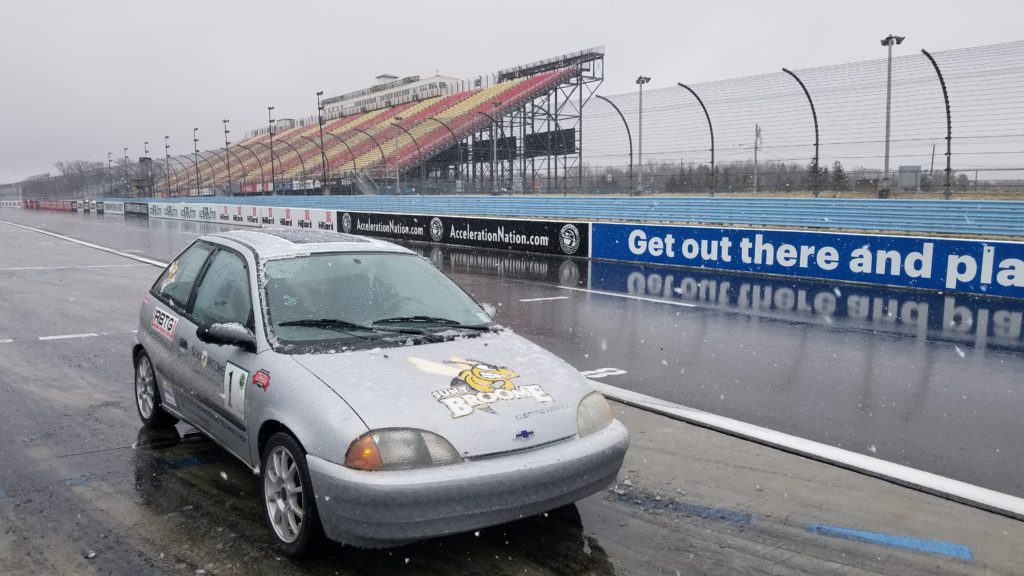 On April 25th, I stopped by Union-Endicott High School to recognize senior Jared Welch who is a semifinalist for the national Presidential Scholars Program. I nominated Jared for this prestigious program and he was one of just 25 students chosen by the State Education Department to be advanced to the national level. We learned late last month that out of the thousands nominated from all 50 states, Jared is one of just a few hundred to be named a semifinalist. He will find out sometime this month if he is named to the program. 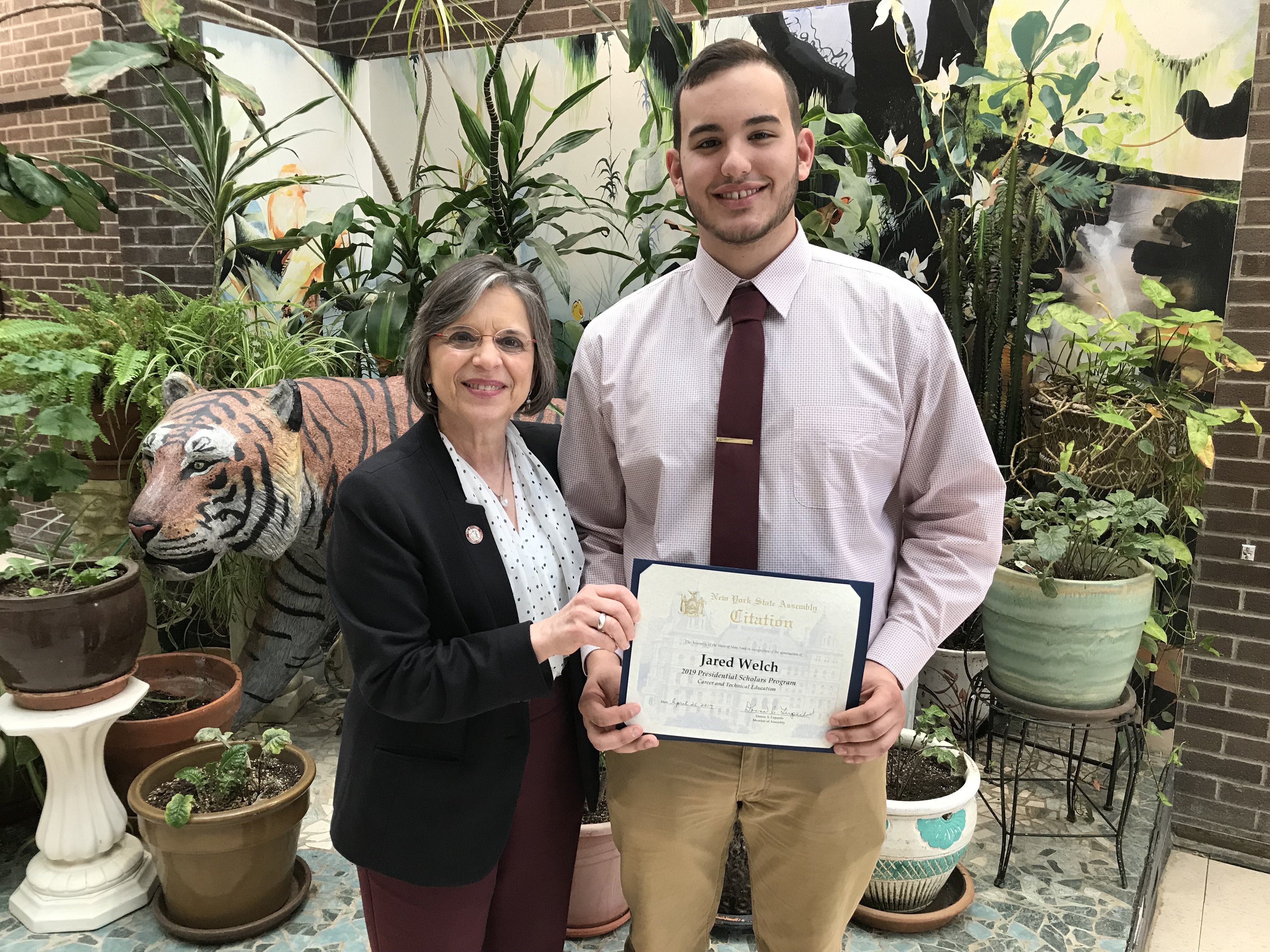 Jared also applied for the New York Conference of Italian-American State Legislator’s annual scholarship and was selected a winner last week. As a member of the Conference, I will welcome Jared and his family to the Capitol in June where he will receive his scholarship and attend ceremonies with his fellow awardees. Jared has put in a tremendous amount of work both in and out of the classroom; these accolades are a testament to his dedication. I would like to be the first to congratulate him on all his success.