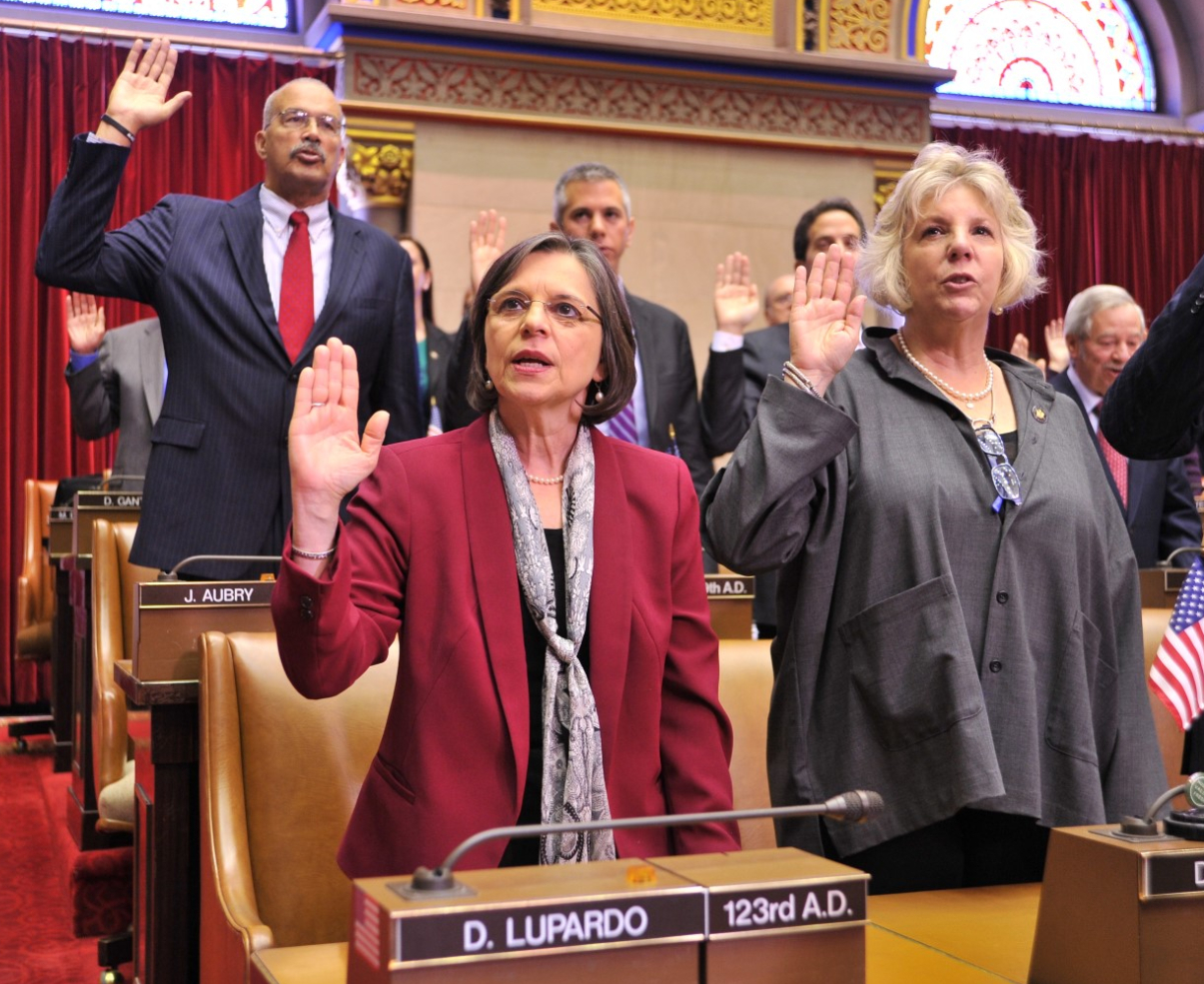 Assembly members are sworn into office on January 7th.

With the swearing in on January 7th, I began my sixth term as your representative in Albany. It’s a privilege to be able to serve you and there is plenty of work ahead for this legislative session. I remain focused on improving our local economy through diversification, including further development of agriculture and niche markets; as well as an increase in high-tech and other types of manufacturing, including food processing. I also plan to work on a package of Southern Tier infrastructure improvements that will help create construction, energy retrofitting and other jobs. There are still many questions regarding the future of the Broome Developmental Center and I will press the Governor’s Office for answers to these questions.

2. A change in Assembly leadership:

As you’ve no doubt heard, this week we elected a new Speaker in the State Assembly. Assemblyman Carl Heastie was chosen after former Speaker Sheldon Silver lost the confidence of the Democratic conference. I helped organize more than 30 of my fellow Assembly members to advocate for essential ethical and procedural reforms. Before his election, Speaker Heastie met with our group and expressed a desire to work with us to enact real government reform including limiting legislators’ outside income, fixing the per diem system, and creating more opportunities for rank-and-file members to participate in budget and legislative decisions.  He has also agreed to visit the Southern Tier to learn more about our community.  You can read the letter our reform group sent to candidates for speaker by clicking the following link:

On January 21st, Governor Cuomo presented his ‘State of Opportunity Agenda’ which outlined his policy and budget proposals for the coming year. With continued development of our local economy a top priority, I was particularly interested in the Governor’s ideas for the Southern Tier. A $20 million fund for green jobs and another $30 million for farmland preservation were both welcome proposals for our region, which will help grow our clean energy and agriculture industries. Governor Cuomo has also earmarked $1.5 billion for an Upstate Revitalization Fund. Under this proposal, seven regions will vie for three $500 million prizes. While I certainly welcome the opportunity for the Southern Tier to prove it has the best economic development plans in the state, many constituents have already expressed concern over a plan that produces three winners and four losers. We will be reviewing this during our Assembly budget discussions and could develop an approach in which each region receives funding for what the Governor calls “transformative projects.” We’ll also be taking a closer look at the various education measures put forth by the Governor, as many people have already expressed concerns with the proposal of linking additional funding with certain reforms. 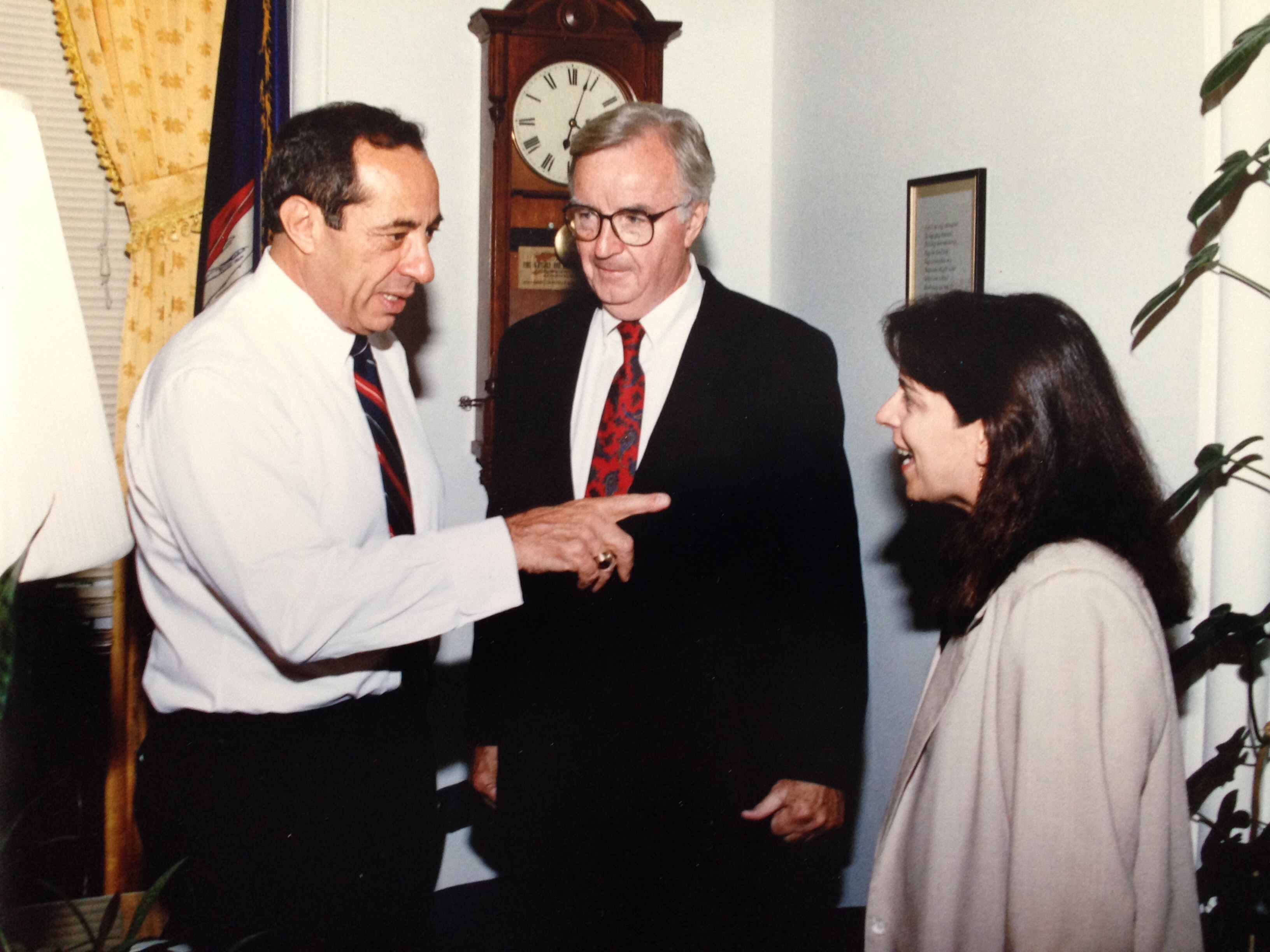 The year began with heavy hearts across the state as former Gov. Mario Cuomo passed away. I attended the services in New York City where his son, current Gov. Andrew Cuomo, offered moving reflections on his father’s life and legacy. Former Governor Cuomo had a tremendous influence not only on our great state, but on me as well. It was his rousing address at the 1984 Democratic National Convention that moved me to devote my life to public service. Click the link below to hear remarks I offered on the floor of the Assembly as we honored Mario Cuomo during our January 13th session.

5. Looking ahead to February:

This month promises to be an important time in our session. With new leadership in place, we can get back to the important work ahead of us. A number of budget hearings are scheduled which will be integral to the Assembly developing our own budget bill. Committees will also begin meeting which will enable the bill process to proceed so we can start voting on important legislation. Back in our district, be on the lookout for my annual Constituent Survey which will be arriving in mailboxes next month. Remember, you can fill it out and send it back or you can take the survey online. Either way, be sure to fill it out; your feedback helps guide my work in Albany.