November came to a solemn close with the news of former Congressman Maurice Hinchey’s passing. I was honored to know him during his time in office and was proud to call him a friend. Below are the Top 5 items from this past month.

On November 16th, Senator Akshar, Assemblyman Crouch, and I released answers to Frequently Asked Questions related to the proposed opioid treatment facility at the former Broome Developmental Center. You can find this document here. Many people attended and commented during a public forum in October, but we wanted to make sure that concerns that were raised were made available. Given the severity of this issue in our region and what we’ve heard from our constituents, it is clear that these services are needed locally. I appreciate the help of Senator Akshar, Assemblyman Crouch, County Executive Jason Garnar, Broome County Social Services, and Syracuse Behavioral Healthcare in compiling this information. The Broome County Legislature still needs to approve the use of the funding we were able to secure, so I encourage you to contact your legislator to share your thoughts on this project. You can read more about the Legislature’s decision to delay the vote to accept the state funding for the facility here.

The month began with some good news for the ongoing redevelopment of Downtown Johnson City. I joined Naima Kradjian at the Goodwill Theatre on November 1st to announce details of a $250,000 Assembly Capital Grant I was able to secure to help with renovations to the historic Firehouse Stage building. This will enable the theater to expand to the third floor of the building where more practice, performance, and community space will be added. This project is at the heart of the Johnson City Health & Cultural District that along with BU’s Pharmacy and Nursing Schools are bringing vibrancy back to the Village. It is important that we do all we can to preserve our local architecture and the stories they tell. To read more, click here. 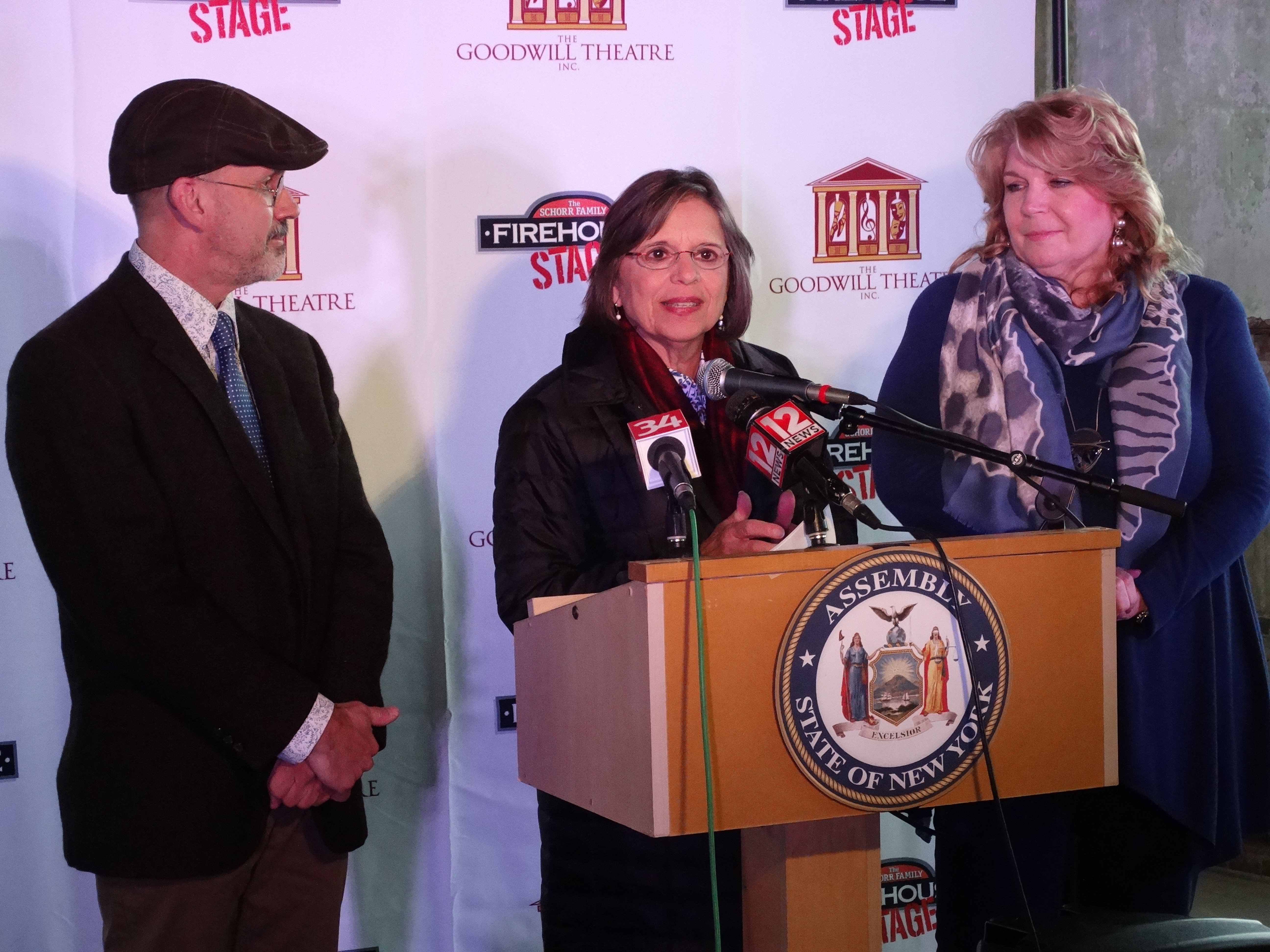 Assemblywoman Lupardo speaks during a news conference to announce an Assembly Capital Grant to help with renovations to the historic Firehouse Stage building in Johnson City.
3. HONORING VETERANS THROUGHOUT BROOME COUNTY:

As the daughter of a World War II veteran, honoring those who served has always been important to me. That’s why I’m always proud to have the opportunity to participate in a number of Veterans Day events our community holds each year. On November 10th, I got to speak with several veterans at Brookdale East in Vestal during their Veterans Day Tribute. The following day, I marched in the Endicott and Binghamton Veterans Day parades and attended the rededication of the WWII monument in Johnson City. In addition to having the chance to speak with and personally thank many of our local veterans, I always find myself thinking of my father and his service in the Army Air Corps, Pacific Theater. Thank you to all who have served our country. 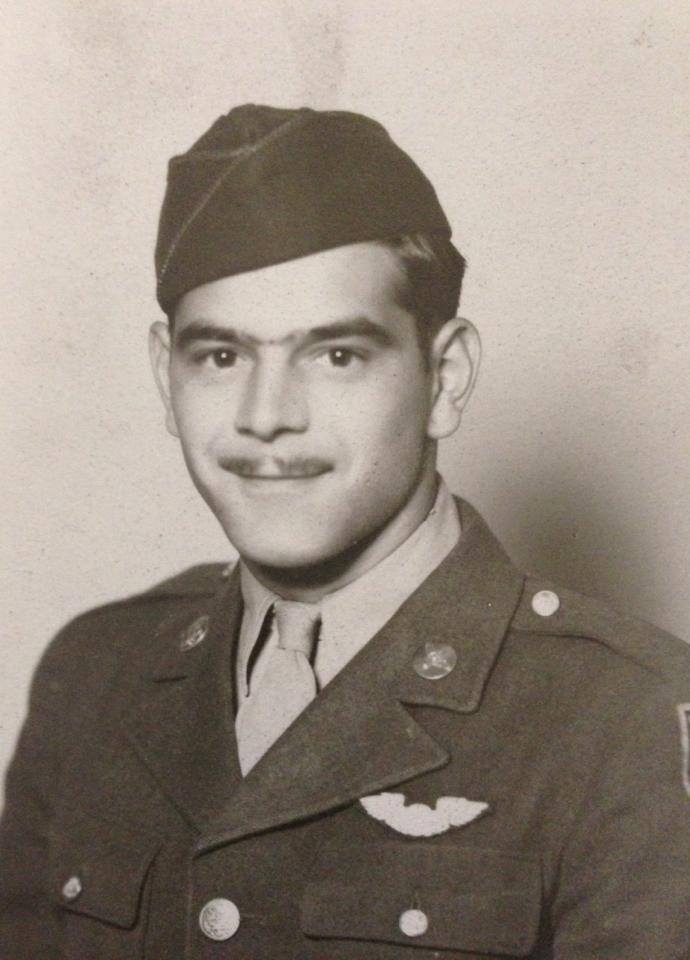 Our community is lucky to have so many organizations that assist residents across the region. One such group is celebrating its 125th anniversary this year; the YWCA opened its doors to help local women in 1892. Since then, the YWCA has dedicated itself to racial justice and civil rights, the health and safety of women and girls, and to their empowerment and economic advancement. At the YWCA’s anniversary gala on November 9th, I was honored to present the annual Dr. Alice Mills Award to Broome County Assistant District Attorney Rita Basile. The award is named for a local physician and suffragist who was the first Board President of the Binghamton YWCA. A big thank you to Executive Director Carole Coppens and her entire staff for the extraordinary work they do on a daily basis to help local women. 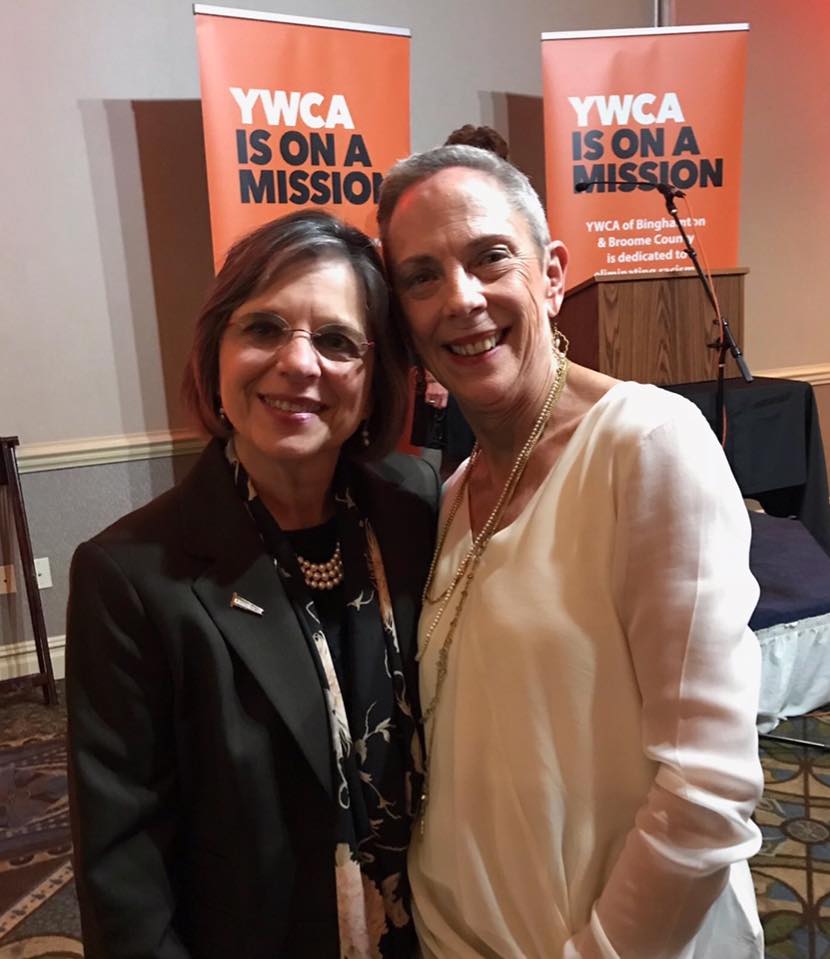 5. CELEBRATING THE 100TH ANNIVERSARY OF WOMEN’S SUFFRAGE IN NYS:

As you’ve read about in other editions of eNews this year, my office has been helping to celebrate the 100th anniversary of women’s suffrage in New York State. The Broome-Tioga Suffrage Anniversary Committee, which I co-chair with Tioga County Legislative Chair Martha Sauerbrey, held a number of events, discussions, and seminars throughout the year. Our signature event was the re-creation of the historic 1913 Binghamton Suffrage Parade and Convention last month. November 6th marked 100 years to the day that women in New York earned the right to vote and on that day I visited Floral Park Cemetery to place flowers on the graves of two local suffragists: Lillian Huffcut and Ida Wales Gitchell. These women are just two of the often unsung heroes of the movement locally.  Thanks to BTSAC’s work over the last year their legacies are being shared with many people. Although 2017 is coming to a close, our committee will continue its work to share the stories of suffrage leading up to the national anniversary in 2020. 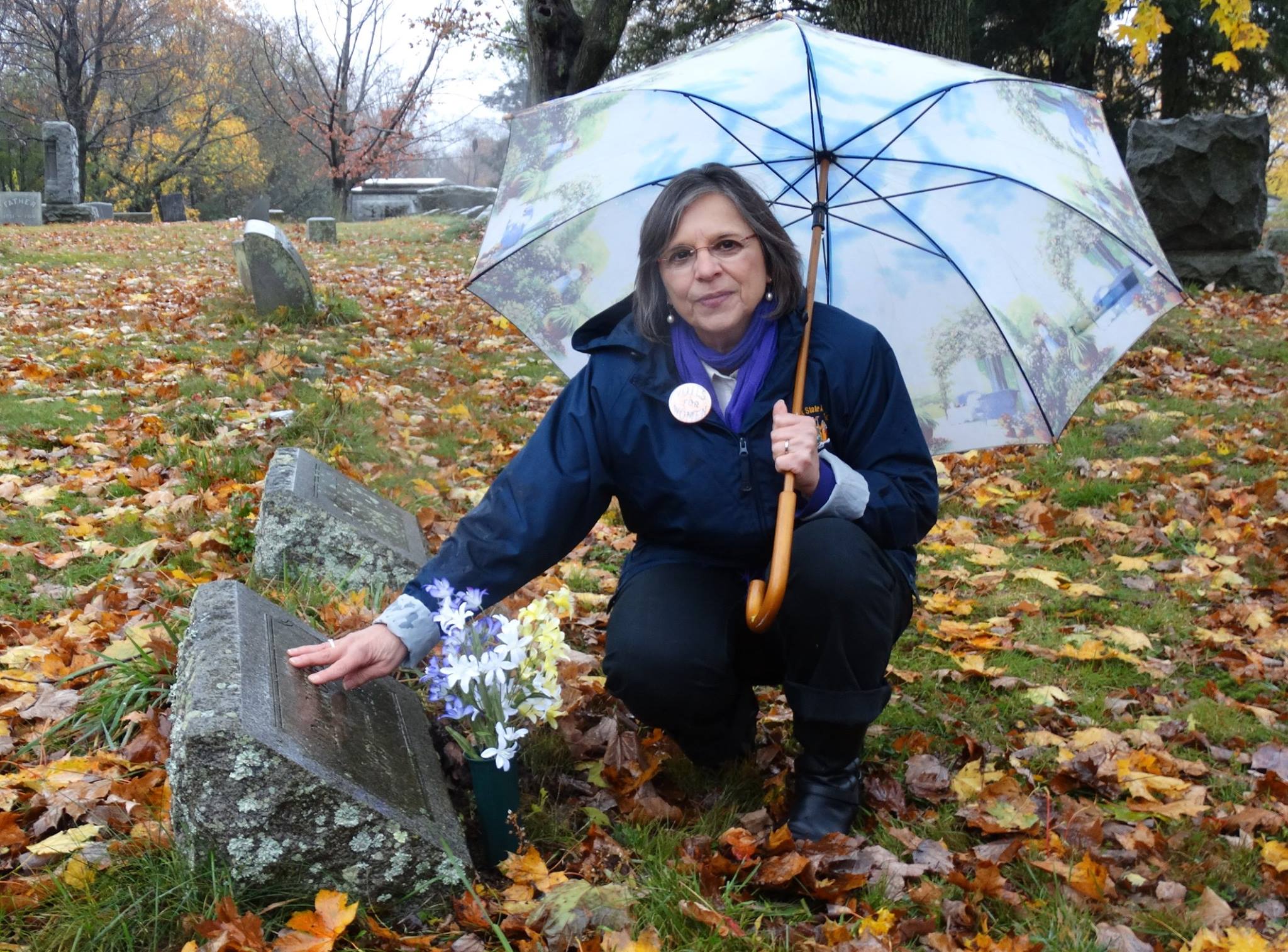 Assemblywoman Lupardo places flowers on the grave of local suffragist Ida Gitchell at Floral Park Cemetery on the 100th anniversary of women’s suffrage in NYS.