On July 23rd, I had the chance to tour the future home of SUNY Broome’s Culinary Arts Center. The state-of-the-art facility is located inside Binghamton’s historic Carnegie Library where workers have been busy adding space to the building’s rear and completely renovating and restoring the original three floors of the old library. When completed, the Center will include production kitchens, a lecture hall for cooking demonstrations, a beverage lab for mixology classes, a computer lab, a dining room fabrication lab for the events management program, a community education cooking studio, event space, lounge areas, and office space. This exciting project will train chefs and restaurateurs while bringing new life to one of our community’s historic and architectural treasures.  I’m glad I was able to provide state resources for the project. 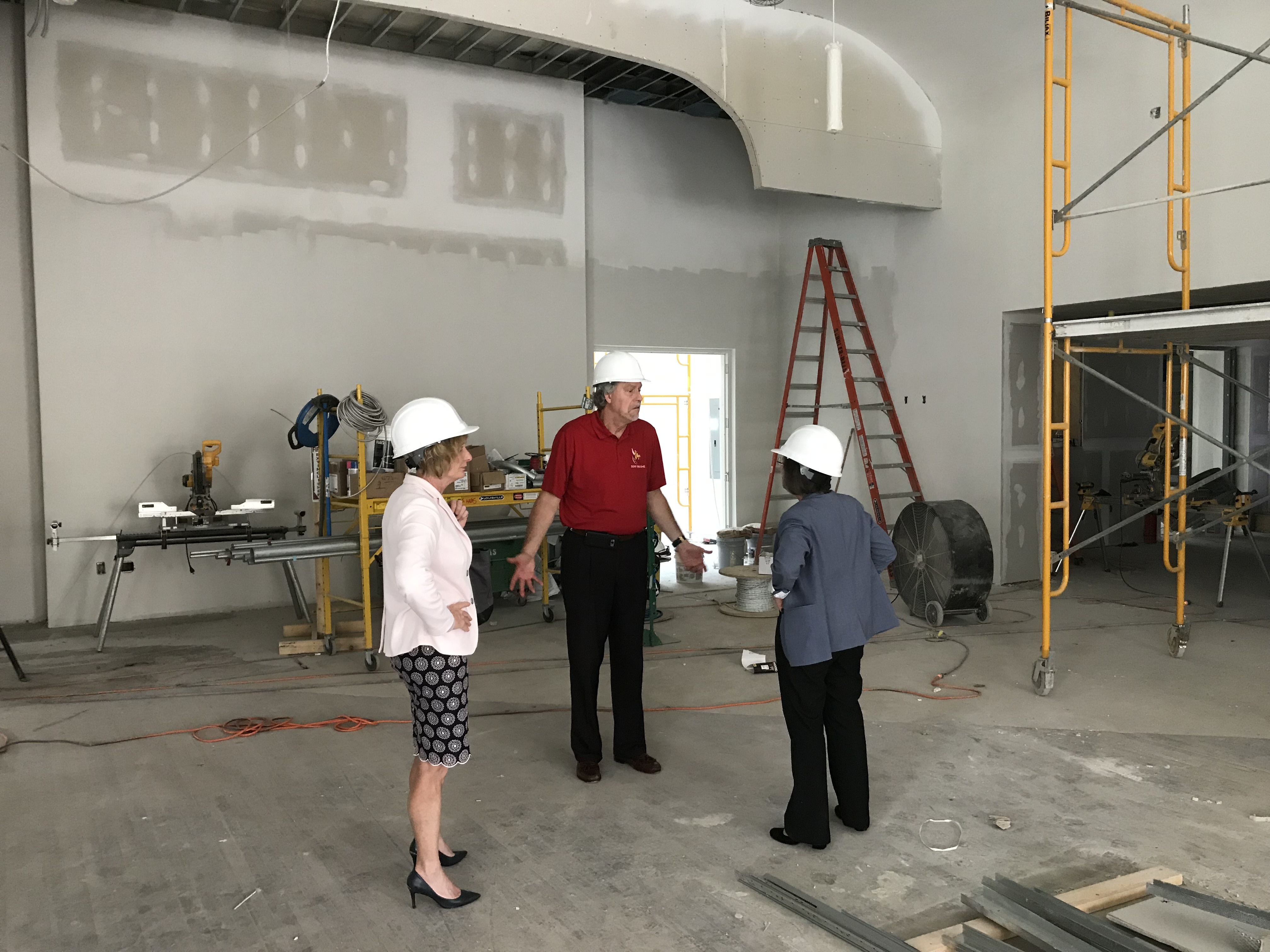 Last week, we witnessed the latest development in Broome County’s role as a leader in New York’s hemp production as Canopy Growth officially broke ground on its Hemp Industrial Park in Kirkwood. Canopy will redevelop the former Felchar Manufacturing site where it will process hemp grown by local farmers, investing $150M and looking to create many new jobs. Local farmers have already been growing hemp over the last few seasons, and a number of smaller hemp-related startup companies have been established; we also know that another major company, Southern Tier Hemp, will also be locating in Johnson City to process locally-grown plants. New farming and hemp manufacturing opportunities are one part of Broome County’s continued economic recovery. 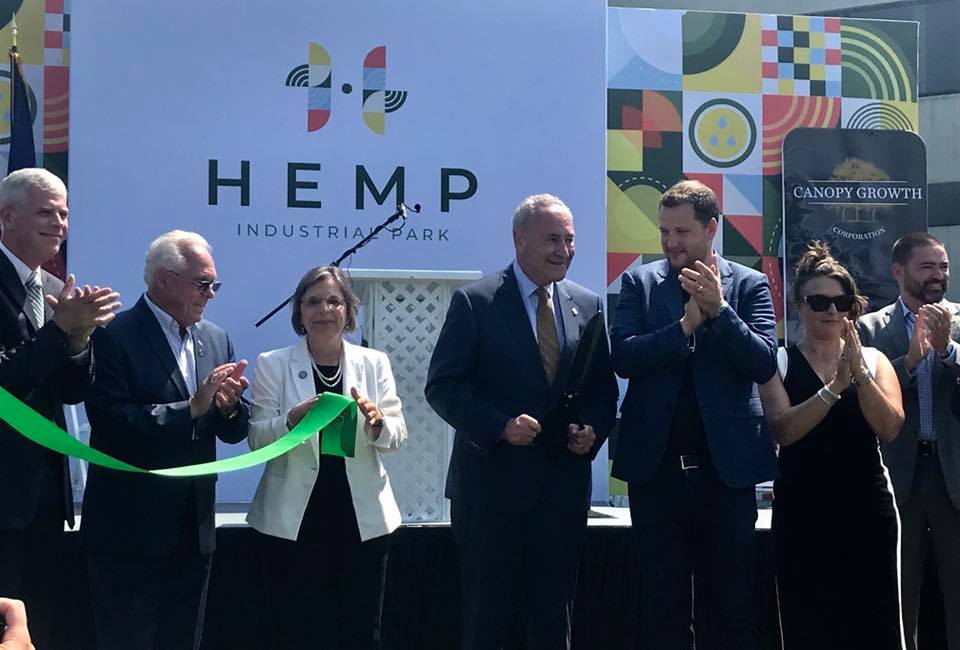 As we see major companies take root here, small businesses continue to be at the heart of our local economy. SUNY Broome is assisting in making many of them successful by offering resources and assistance at all stages of business development. This work was recognized on July 12th as the college announced its Entrepreneurial Assistance Center was named the best in the state for 2018. Last year, the EAC assisted more than 60 businesses, more than 30 of which were new to the program. 22 of their clients reported increased sales and 11 added new employees to their businesses. One of the EAC’s former clients, Waterman’s Distillery, was also recognized by NYS as Entrepreneurs of the Year; clearly their spirits are impressing customers beyond the Southern Tier! 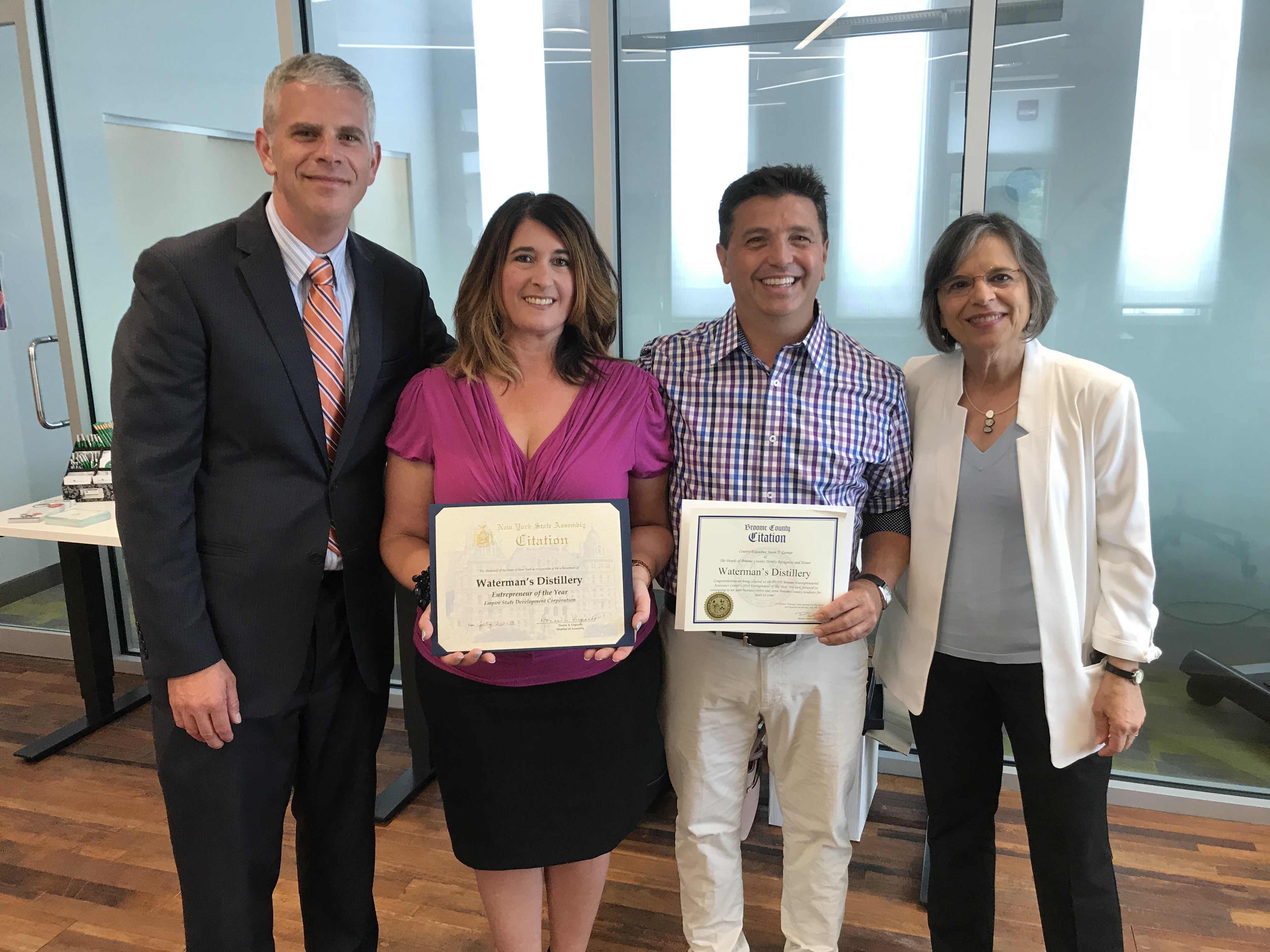 Our municipalities are always looking to make improvements that benefit residents, but that’s gotten more difficult given the restraints of the tax cap. I was able to secure a $275,000 grant for Vestal to make a number of upgrades to the town’s public safety, infrastructure, and recreation. The funding was used to purchase two new four-wheel drive vehicles for the Vestal Police Department, improvements at Vestal Fire Department’s Station Three, the resurfacing of roadways and parking lot at Arnold Park, and new fencing at two of the town’s baseball fields. Construction on the final project, a new pavilion at Arnold Park, is scheduled to begin soon. The projects were proposed by Vestal Town Supervisor John Schaffer and was funded through the State and Municipal Facilities Program. 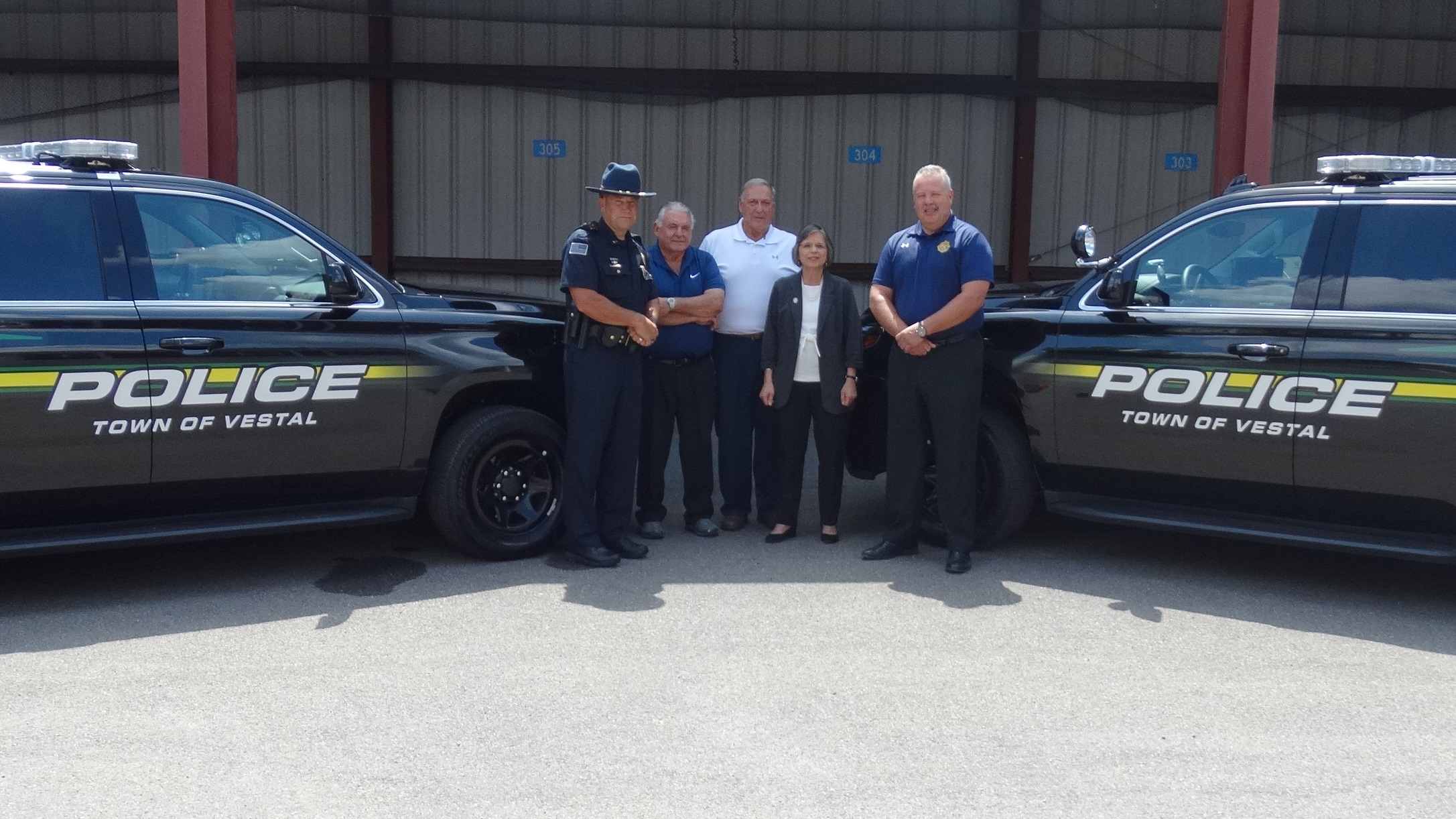 Since voters approved casino gaming in 2013, many have been waiting for sports betting to be permitted in the state. After the Supreme Court ruled last year that states could regulate sports betting, four New York casinos have been getting ready for wagers. On July 19th, I placed the ceremonial first bet at the FanDuel Sportsbook when it officially opened at Tioga Downs. Expanding to a full casino has made Tioga Downs a destination for visitors traveling through the Southern Tier and Finger Lakes. Many are hoping that the state will eventually allow mobile sports betting which ran into several roadblocks last year. You can learn more about sports betting in NYS by clicking here. 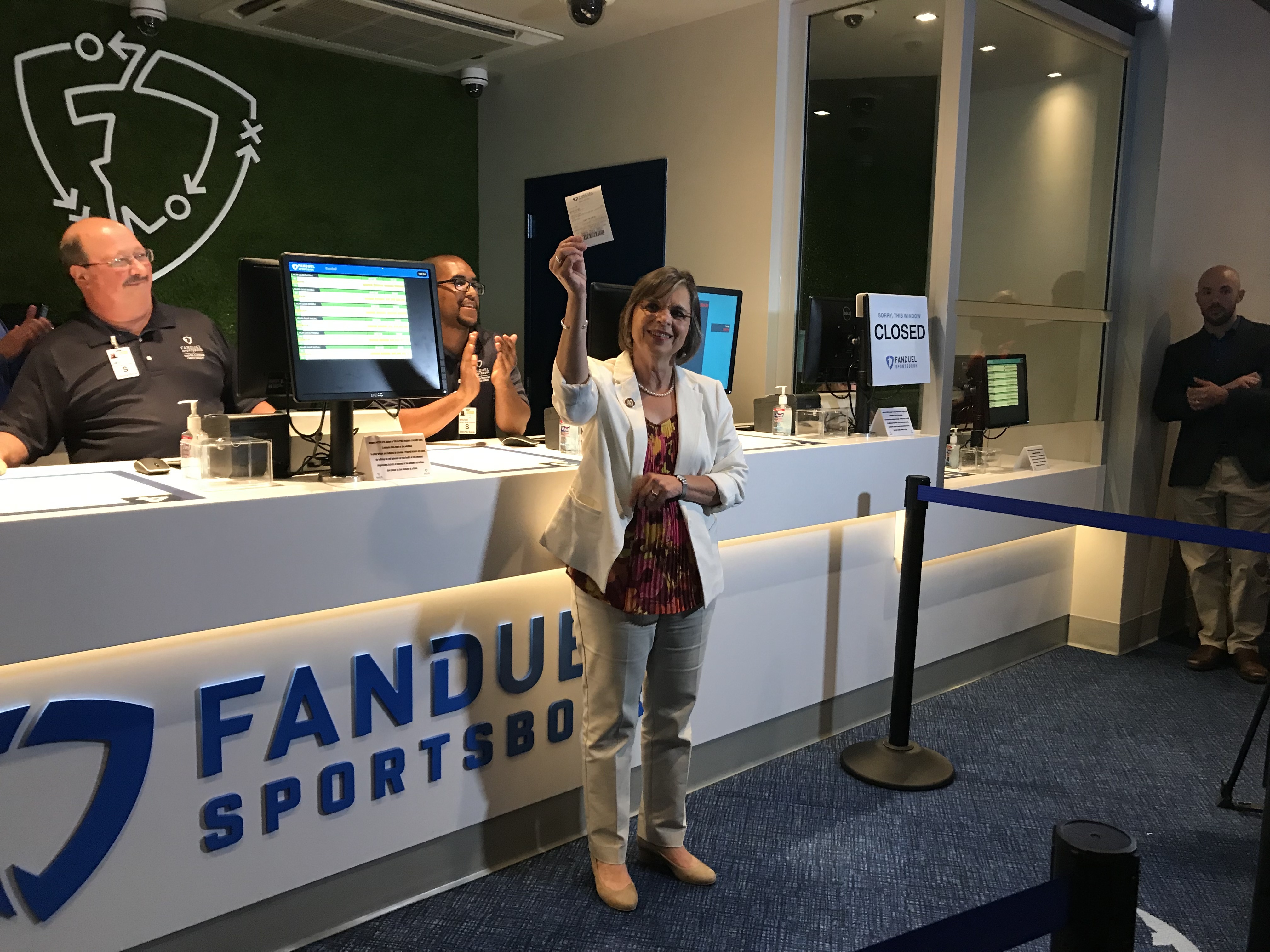