1. GOVERNOR DELIVERS STATE OF THE STATE & BUDGET ADDRESSES:
The Governor’s annual State of the State address in early January outlined his priorities for the year. He addressed a number of issues including economic development, the environment, and women’s rights among others. Two weeks later, he presented his budget address which helps us begin to prepare for budget negotiations. This year promises to be challenging given a number of new fiscal restraints placed on the State by the Federal Government. As the Chair of the Aging Committee, funding for programs important to seniors is a top priority; I will also be advocating for funding for our local schools, libraries, and human services sector, as well as mandate relief for local governments and tax relief for businesses and homeowners. You can find the Assembly’s analysis of the proposed budget by clicking here.

2. DICK’S SPORTING GOODS OPENS NEW DISTRIBUTION CENTER:
On January 25th, I attended the grand opening of the new Dick’s Sporting Goods Distribution Center at the Broome County Corporate Park. This is exciting news for the community as the company plans to employ 450 people to serve 160 of its stores throughout the Northeast. We’ve gotten great results for our local economy when partners from around the region sit down together and work collaboratively.  This distribution facility is an excellent example. I’m happy to see Dick’s investing in the community where it got its start nearly 70 years ago. To read more about the distribution center, click here. 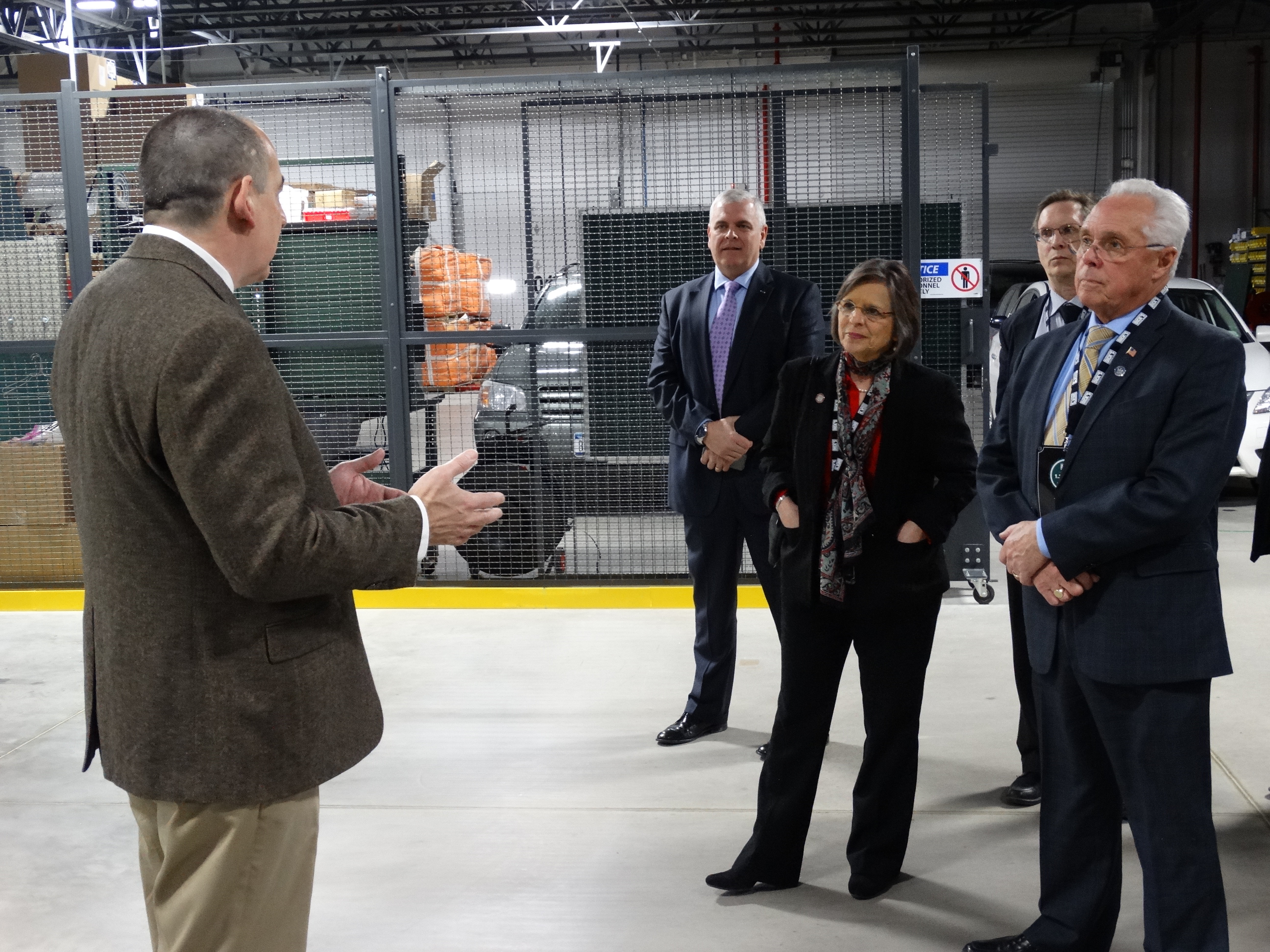 3. VICTORY BUILDING TO BECOME SENIOR HOUSING:
This past month brought another major economic development announcement as Broome County discussed plans for the former Endicott-Johnson Victory Building in Johnson City on January 11th. Nearly 100 years after it first opened, it will come back to life as affordable senior housing and commercial space. I am relieved that this longstanding symbol of decline will now be part of JC’s revitalization. The Village is coming back to life with several developments underway including Binghamton University’s Pharmacy and Nursing Schools, the Goodwill Theatre, and new housing projects. All of this is part of the Johnson City Health and Cultural iDistrict, a central component of the Southern Tier’s winning Upstate Revitalization Initiative proposal from 2015. 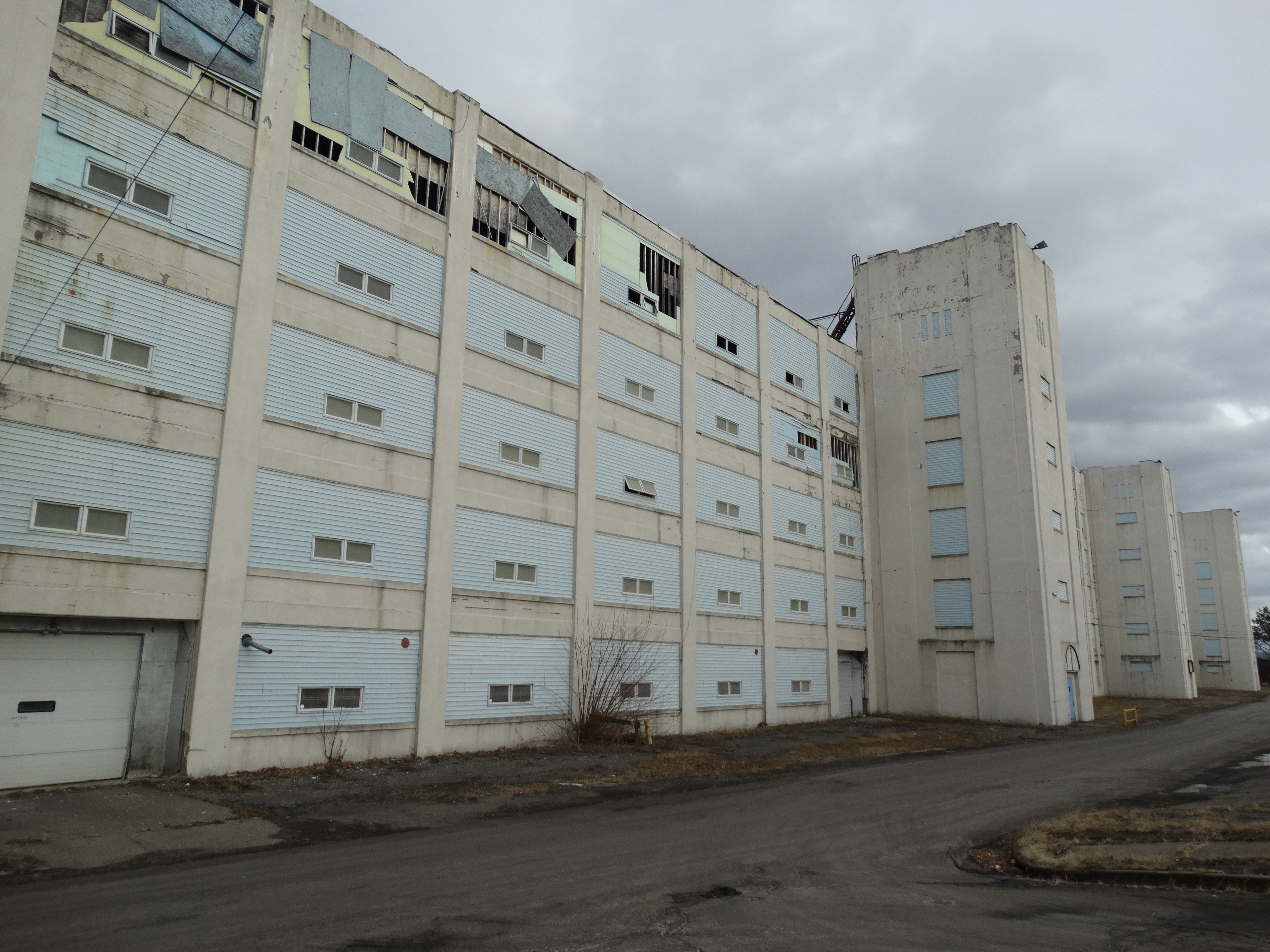 The former E-J Victory Building in Johnson City will be renovated into commercial space and more than 220 senior housing units.

4. WEAR RED DAY PROMOTES AWARENESS FOR WOMEN’S HEART HEALTH:
On January 26th, I joined County Executive Jason Garnar, Senator Fred Akshar, Security Mutual, and the American Heart Association at a news conference to encourage everyone to wear red this Friday, February 2nd. Wear Red Day is celebrated on the first Friday of February each year to help raise awareness for women’s heart health; heart disease continues to be the number one cause of death for women in the United States. While most people are familiar with the chest pain or numbness in the arm that is associated with a heart attack in men, women often experience much different symptoms such as shortness of breath, back pain, and nausea. To learn more about heart disease in women, visit GoRedForWomen.org. 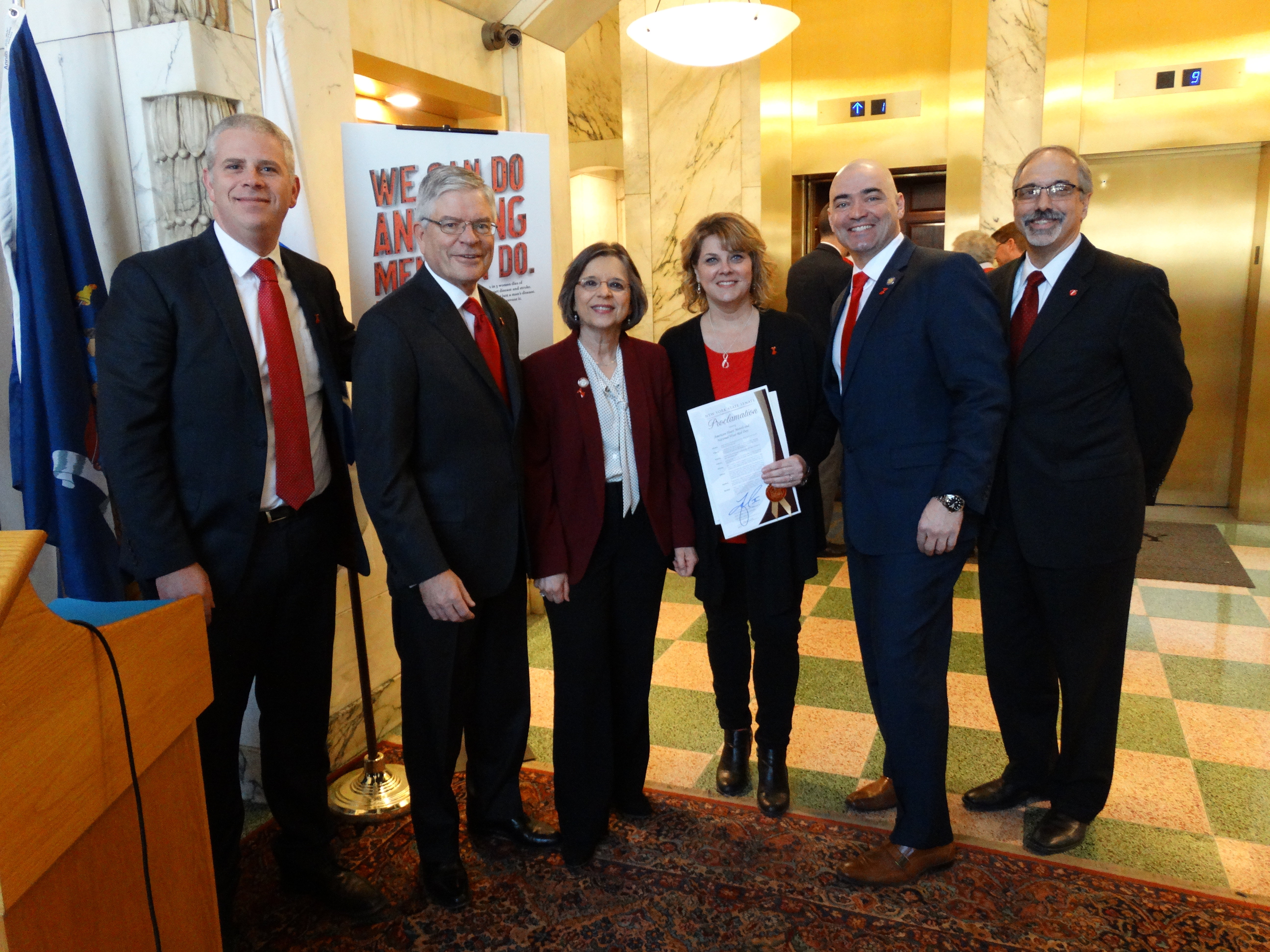 (l to r) County Executive Jason Garnar, Security Mutual President & CEO Bruce Boyea, Assemblywoman Lupardo, Gina Chapman of the American Heart Association, Senator Fred Askshar, and Dr. Joseph Scopelliti, President and CEO of Guthrie Clinic.
5. HISTORICAL MARKER HONORING FIRST WOMEN TO VOTE UNVEILED IN LISLE:
If you’ve read eNews throughout the last year, you’re well aware that 2017 was the 100th anniversary of women’s suffrage in New York. As we researched the local suffrage movement for celebrations during 2017, we learned that the first women to vote in the state were from Broome County. The Ladies of Lisle went to the polls on January 5, 1918 to vote on whether or not alcohol should be sold in their town and Florence Chauncey was the first woman to cast a ballot at 6:10 AM that day. 100 years to the day of this historic vote, we gathered in the same place to unveil a historical marker in their honor. We were joined by three of Chauncey’s grandchildren for the occasion. Another ceremony is being planned for the spring when the ground thaws so the sign can be installed outside the building. You can read more about the Ladies of Lisle and this ceremony here, and view photos here. 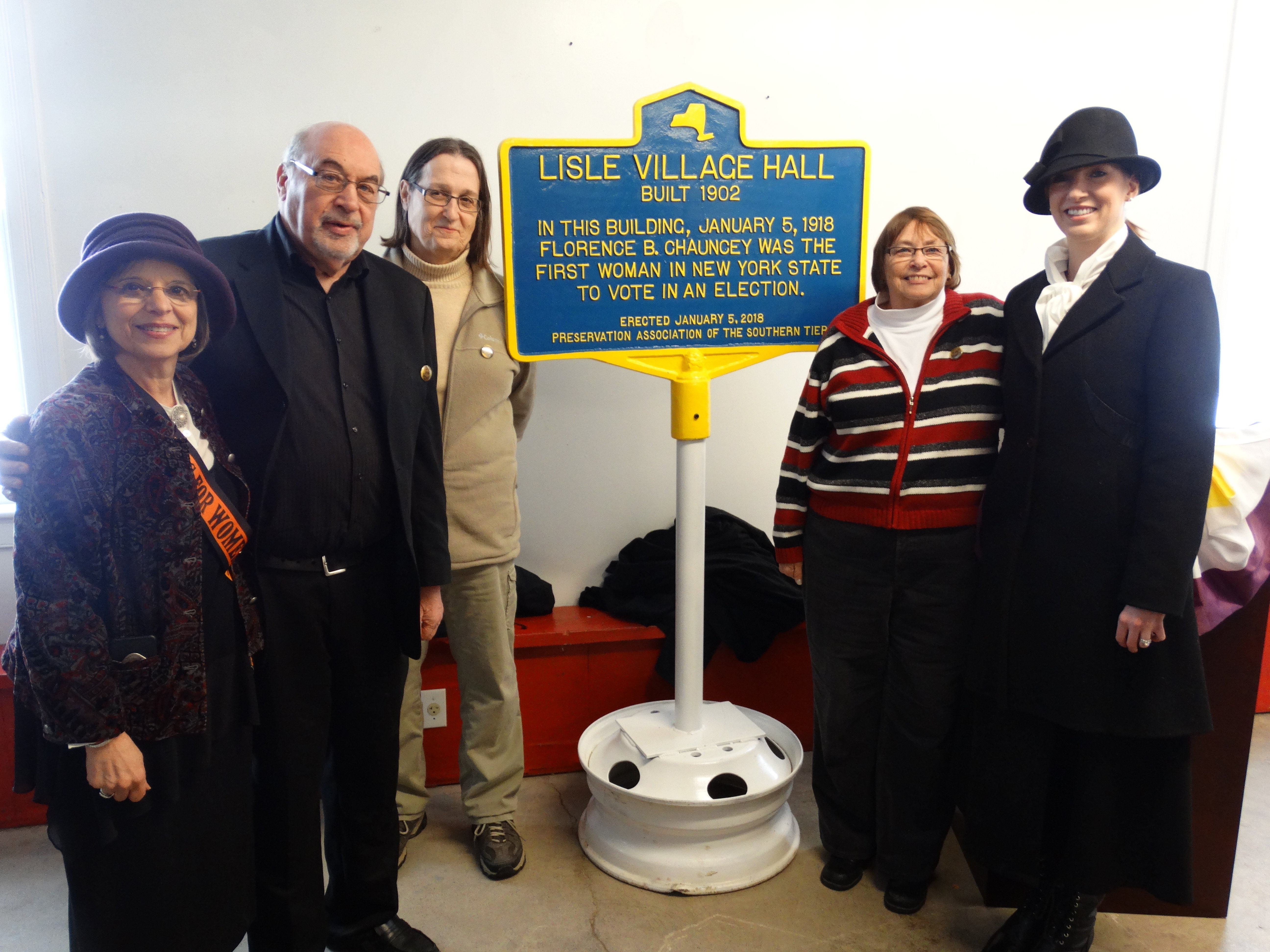