Below are the Top 5 items from the month of February

1. Advocating for issues important to seniors

As the Chair of the Assembly Committee on Aging, I am actively involved in budget negotiations that impact programs and services for seniors. February began with a ‘Step Up for Seniors’ news conference in Albany with Senator Sue Serino, the Chair of the Senate Committee on Aging. We reaffirmed our commitment to advocating for funding to support services that allow older New Yorkers to remain in their homes as well as programs that reflect a new generation of seniors that are more active and involved in their communities than ever.

I also participated in several budget hearings to gather more information on issues facing seniors across the state. I questioned a number of department officials at a Human Services hearing on February 8th, learned more about the barriers faced by home care workers at hearings on February 22nd and February 27th, and examined how we can protect seniors at a hearing on elder abuse on February 28th. These hearings provided my colleagues and I with useful information that will help us as we continue negotiating the final state budget. 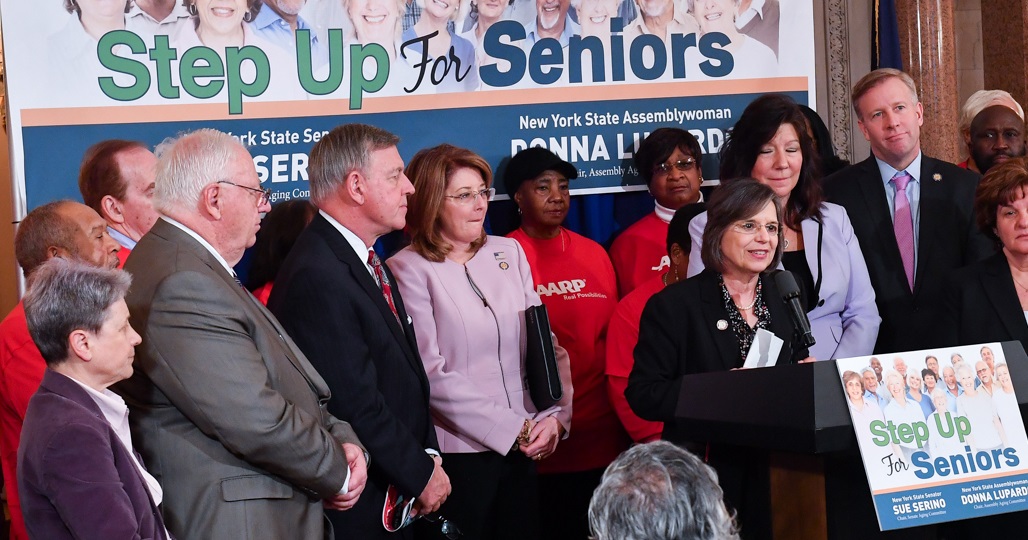 Assemblywoman Lupardo speaks at a news conference on the importance of investing in services & programs for seniors.

During the last two years, you’ve probably learned a lot about my efforts to promote the growth of industrial hemp in New York State. I passed two bills to get the state’s Industrial Hemp Pilot Program started, and last year the first crop in 80 years was grown in New York. Earlier this year, the Governor announced his support for expanding this program by lifting the cap on the number of hemp growing licenses and allowing farmers to work directly with the Department of Agriculture and Markets to acquire a license. These steps will help establish this new industry that will help our agriculture sector as well as bring manufacturing back to the Southern Tier.

On February 11th, Innovative Bottling, Inc. launched its signature brand, Sovereign Vines, the first hemp-infused wine in the country. This is the County’s first company to use industrial hemp in a product and is exactly the type of collaboration I had in mind when I first started working on this issue. We have heard from a number of businesses that want to locate in the Southern Tier to take advantage of the industrial hemp market as it continues to expand. I’m sure we’ll have plenty of more news to share as this industry continues to evolve. Click here to visit Sovereign Vines website and learn more about the company. 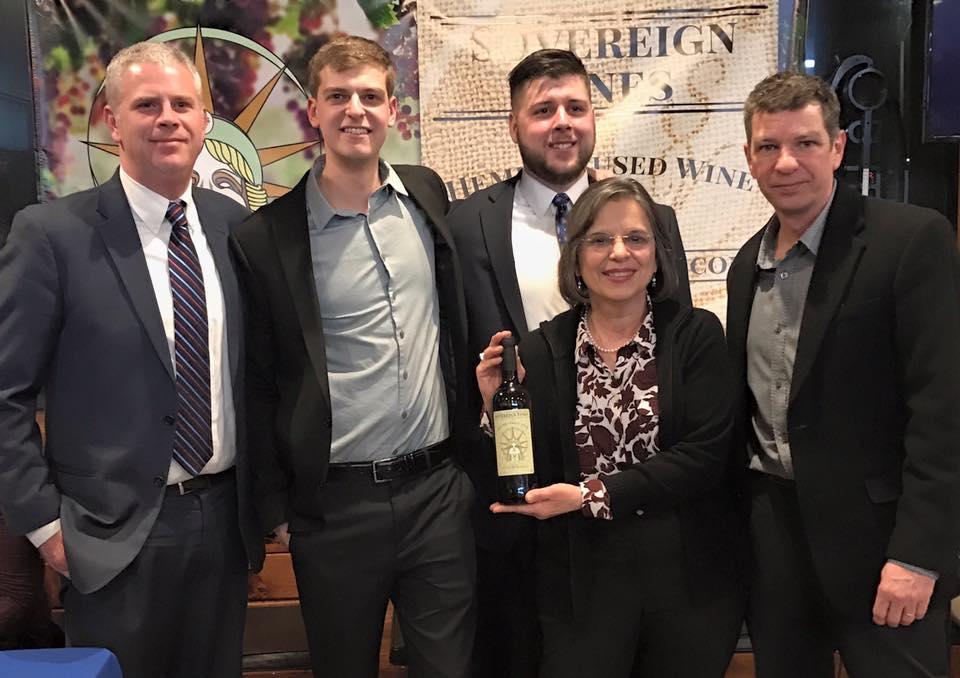 Assemblywoman Lupardo and County Executive Jason Garnar with the producers of Sovereign Vines at the brand’s launch party.

March is Women’s History Month and several events are scheduled as part of the celebration. On March 9th, I am joining SUNY Broome and Tioga County Historian Emma Sedore for a presentation on Women’s Suffrage at the Broome West Senior Center. The Tioga County Legislature plans to pass a proclamation recognizing Women’s History Month and the 100th anniversary of suffrage at its March 14th business meeting; a similar proclamation will be taken up by the Broome County Legislature at its meeting on March 16th. On March 15th, the Broome County Historical Society will host a program on the history of suffrage in NYS at the Broome County Library featuring a speaker from the New York State Archives. For more information on suffrage anniversary events, visit BTSAC’s Facebook page.

On February 28th, I was honored to welcome the 2016 Little League World Series Champions, Maine-Endwell, to the Assembly. The team presented Speaker Heastie, who is a huge baseball fan, with an autographed ball and the Assembly also passed a joint resolution I introduced with Senator Akshar honoring the team and its achievements. Our community, and New York State, is incredibly proud of these young men; not only for their tremendous talent, but also for the way they represented the Southern Tier on the international stage. Click here to watch the the introduced on the Assembly floor. 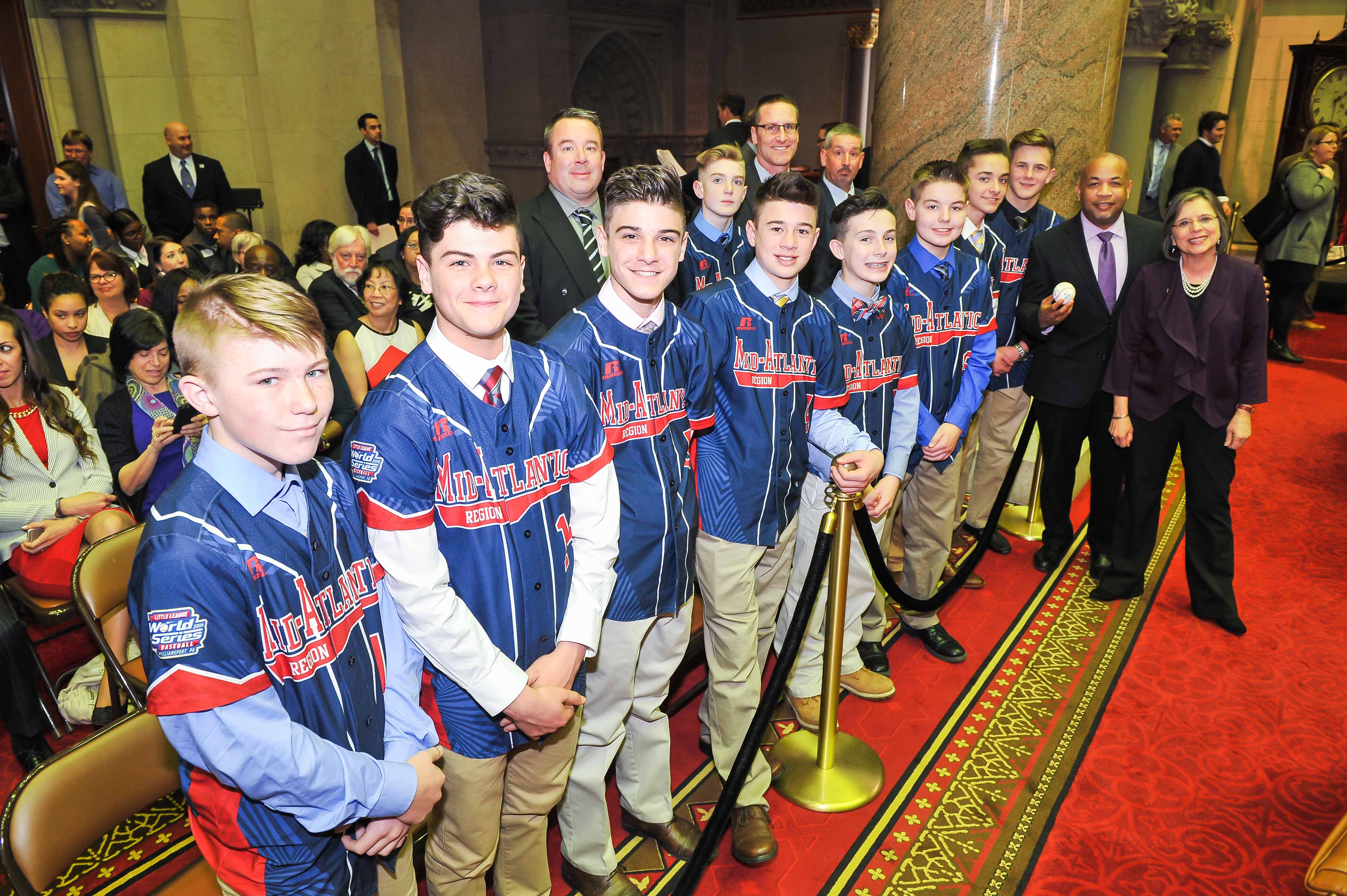 On February 1st I visited Union-Endicott for the school’s Mock State Senate session. The student ‘legislators’ crafted their own legislation which they then debated and voted on. I also met with the Mock Senate students in Albany on March 1st. During my time in public office, increasing civic engagement has been a top priority for me, so it’s refreshing to see students participating in clubs like this to become familiar with the legislative process. Overall, younger people are becoming more interested and involved in government than ever before; a good sign for the future of our community. 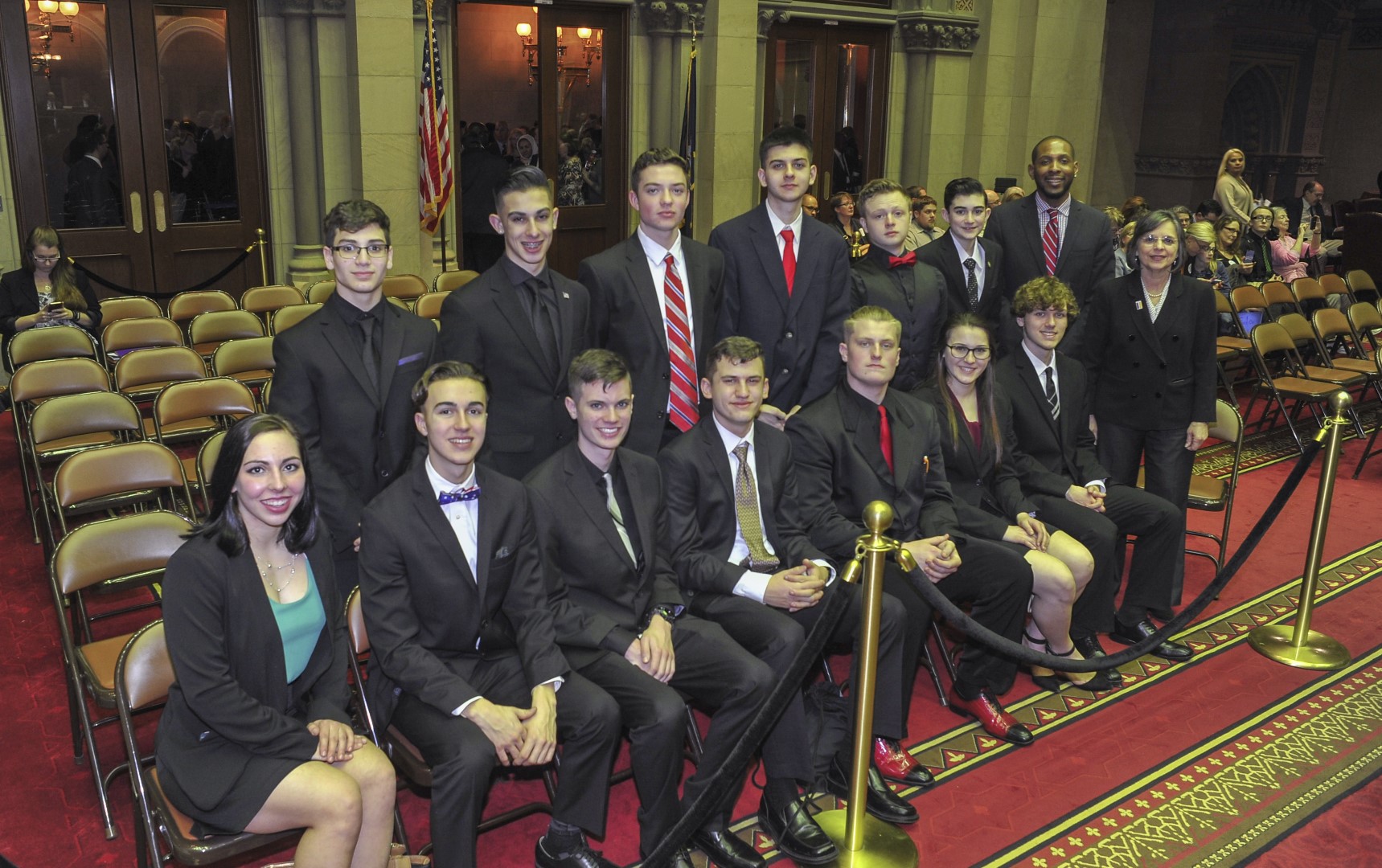 Assemblywoman Lupardo with members of the Union-Endicott Mock Senate.

As you know, each year my office produces a survey to gauge constituents’ opinions on different issues being discussed in the State Legislature. This year’s survey will be arriving in mailboxes soon; I encourage residents of the 123rd Assembly District to fill it out to help me get a better understanding of how they feel on some of the topics we’re working on at the Capitol. There are two ways to fill it out: constituents can mail the form back to my Binghamton District Office, or can save a stamp by filling it out online at nyassembly.gov/lupardo. The deadline to respond is March 24th, and as soon as we compile the results, we’ll be sharing them with those that completed the survey. Of course if you have any questions while filling it out, don’t hesitate to call my office at the number listed above.