On February 9th, I joined Senator Akshar, Co. Executive Jason Garnar, representatives from the Broome County STOP-DWI Program, and law enforcement to talk about our efforts to address impaired driving. Last year, Senator Akshar and I were able to secure $1.6 million in the State Budget for STOP-DWI programs throughout NYS. This funding is being used for STOP-DWI checkpoints, increased police patrols, and overtime for law enforcement agencies across the state.

These programs are important to keeping our roads safe and undoubtedly save lives. That’s why we are now trying to ensure they have a reliable funding stream by sponsoring a bill (A909/S4307) that would reorganize how fines and fees associated with DWI/DUI offenses are collected. Currently, fees and surcharges that go to the state are collected first often resulting in the fines that are collected by the STOP-DWI programs going unpaid. By collecting this money first, we can ensure that these programs are adequately funded year after year, rather than relying on one-time budget allotments. Click here to read more about this announcement. 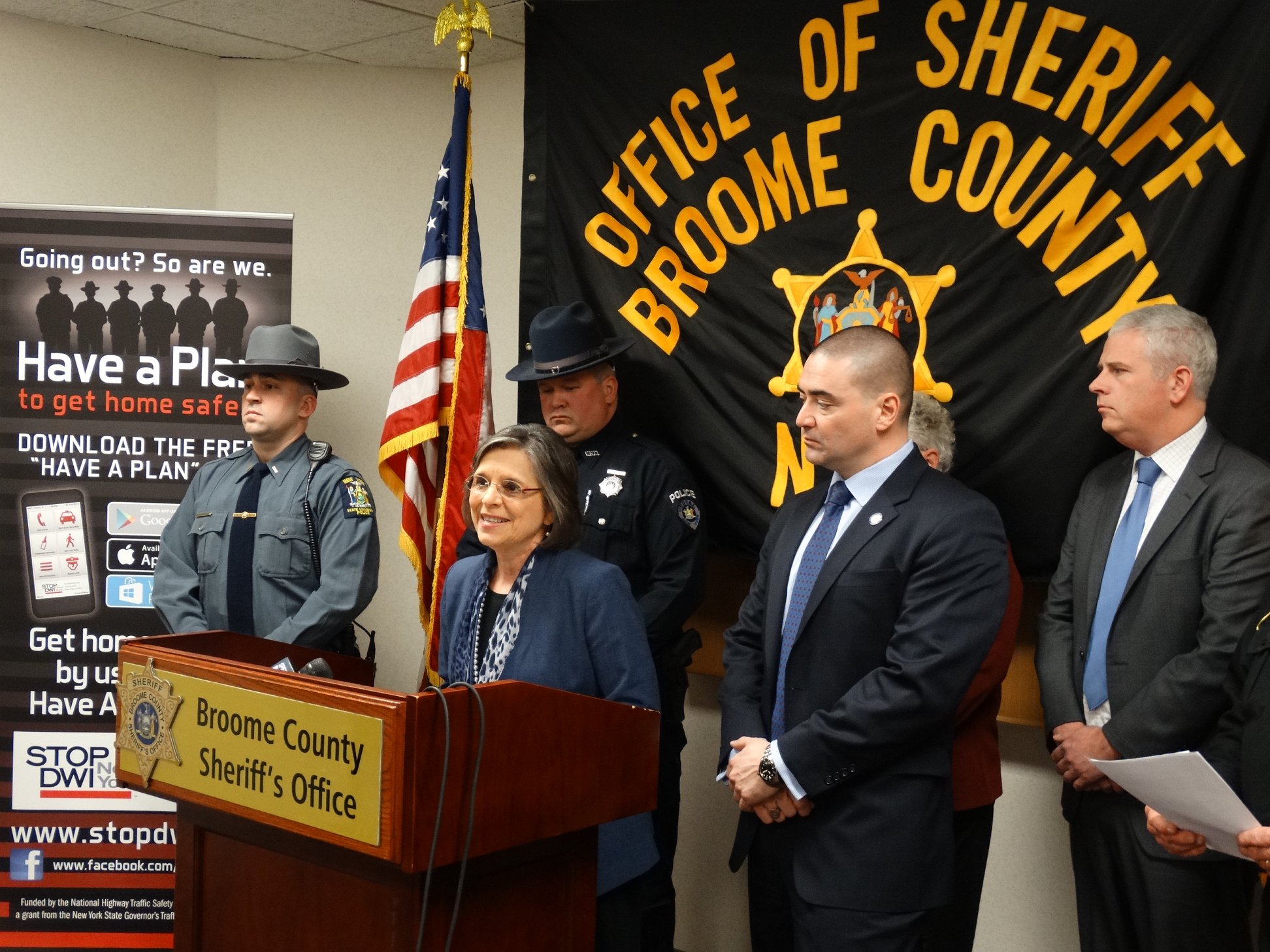 On February 19th I joined Co. Executive Jason Garnar for some great news at the Greater Binghamton Airport. Evolution Jets, a general aviation company, announced that it will base seven business jets at our local airport, creating 20 new jobs. Evolution Jets cited BGM’s proximity to a number of major geographic markets as a key reason for choosing to land here; additionally, the Aviation Jobs Act, a bill I sponsored in 2015, made New York competitive with surrounding states by easing the tax burden on general aviation companies.

While this news does not add the commercial flights that most are looking for at BGM, it will nonetheless have a positive economic impact on the area. Most would be surprised to learn that every general aviation aircraft based at an airport has a $1 million local impact through payroll, fuel sales, maintenance, and other services. It is also represents a business friendly change in state law that I am proud of. To read more, click here. 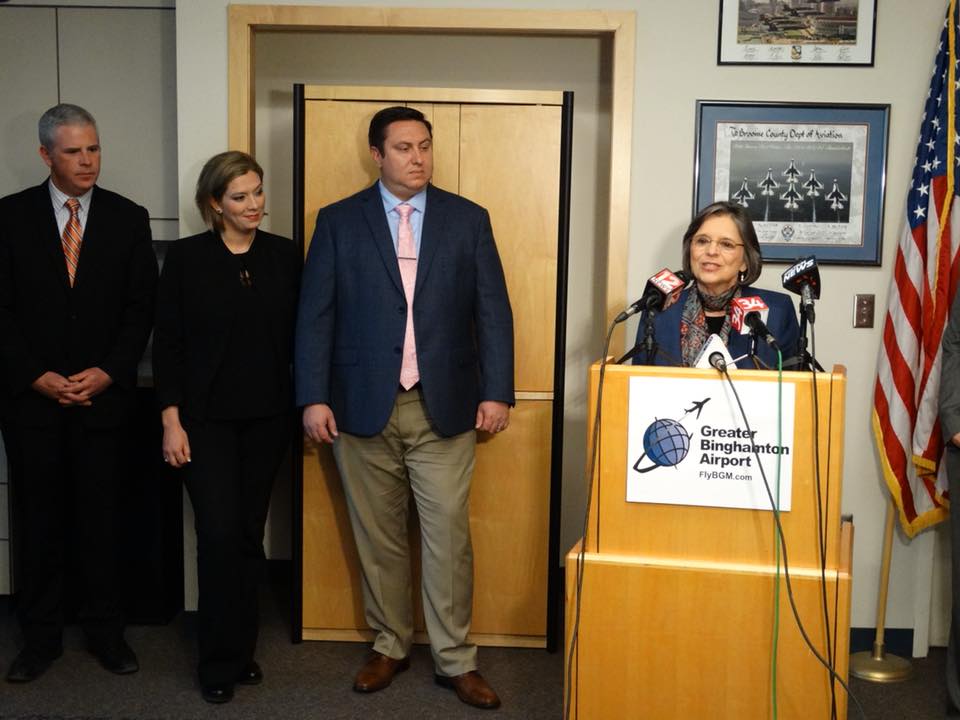 Last fall, Vote Hemp, a lead advocacy group for industrial hemp production in the United State, issued its 2017 Hemp Crop Report. According to this report, New York is among the top five hemp producers in the country, and the leader in the Northeast. With spring arriving soon, the state is helping farmers and producers get ready for the next growing season. I visited the New York Farm show on February 23rd and attended a presentation by the Cornell Hemp Project on the future of hemp in NYS.

On February 28th, NYS Ag and Markets hosted the first ever Industrial Hemp Forum at Cornell University. This event brought together researchers, farmers, producers, and other related businesses to discuss the state’s progress with this emerging crop. The industry is really taking off, as NY is expected to grow 3,500 acres this year, with a regional processing plant also scheduled to open in Kirkwood.

Cable customers in the region have been without FOX40 & My8 for a month after the previous contract between Spectrum Cable and Northwest Broadcasting expired. To make matters worse, local customers are currently paying for service they’re not receiving. On February 23rd, after hearing from a number of constituents who were upset with their service interruption, the County Executive and I sent a letter to Spectrum urging the company to resume contract negotiations with Northwest, the parent company of our two local stations. Thankfully, no employees at FOX40 or My8 have been affected by this dispute. However, advertising revenues are already suffering because of the lack of a new contract and if this continues, the loss of jobs is a possibility for our local workers. We asked that as the two companies work toward a resolution, service for local customers is resumed. You can read our full letter here.

One of my favorite parts of serving in the State Assembly is getting to meet with constituents who travel to the Capitol to share their ideas and concerns. I especially enjoy visiting with students who have taken an active role in state government. On February 6th, I welcomed Keonna Browne from Binghamton High School and Jacob Brady from Johnson City High School to the Capitol; these two students were recognized for their leadership as tobacco-free advocates. On February 12th, students from Binghamton University’s Upward Bound program visited the Assembly chamber and the following day I met with Liberty Partnership and Union-Endicott High School’s Mock Senate. It’s great to see young people interested in state government.