Below are the Top 5 items from the month of December.

This year, New York will celebrate a historic milestone as the state marks the 100th anniversary of women winning the right to vote in November of 1917. I recently convened a local committee to organize a yearlong series of events to celebrate. The Broome-Tioga Suffrage Anniversary Committee is being co-chaired by myself and Martha Sauerbrey, the Chair of the Tioga County Legislature, and has members from a number of local groups.

The Committee is looking for help from the public. If you or anyone you know has materials to share in various exhibits and celebrations, or ideas for events to commemorate the anniversary, you can email the committee at BTSuffrage@gmail.com. Also, keep an eye out for updates from the Committee on Facebook and Twitter, pages on those platforms will be debuting soon. 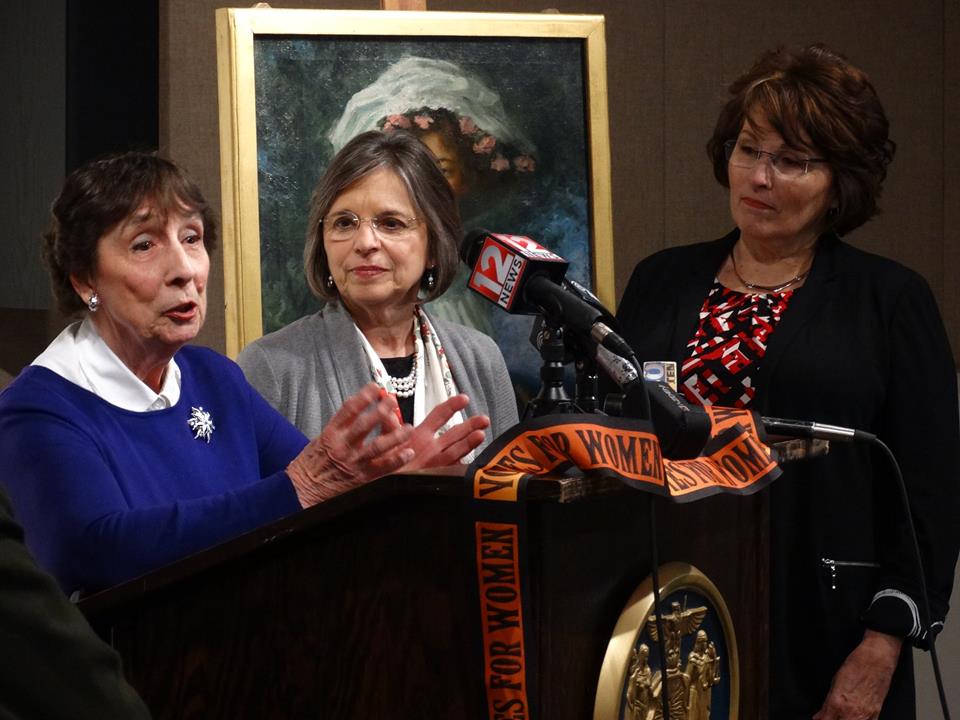 When the state’s Gaming Commission announced three casino licenses for Upstate, many were shocked that Tioga Downs was not included. Following the announcement, I worked with my fellow state representatives to reopen the licensing process; Tioga Downs was able to submit a revamped proposal, with a promise to be the first casino to open its doors.

Tioga Downs was ultimately awarded the fourth and final license from the state, and its promise to open first came to fruition at the beginning of December. A poker room and table games now accompany video slot machines at the Nichols casino; Tioga Downs is working on a resort hotel and other amenities that will open in the future. Tourism continues to play an important role in New York’s economy; this casino provides a reason to travel to the Southern Tier and enjoy everything we have to offer. Best of all, new tax revenues will help stabilize local county government. 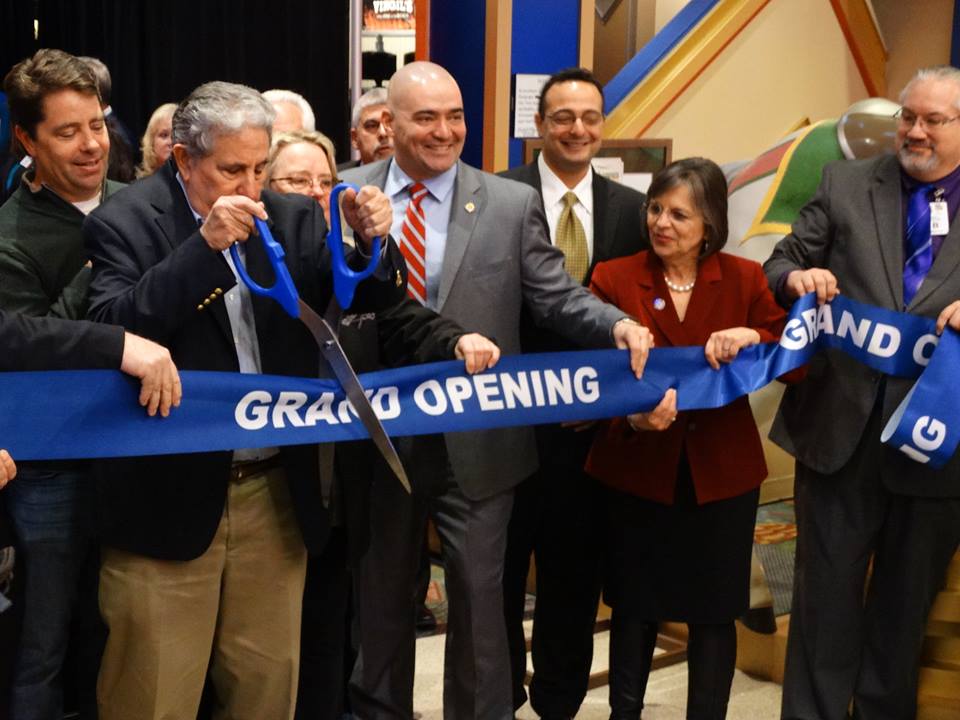 Assemblywoman Lupardo joins Tioga Downs owner Jeff Gural as he cuts the ribbon on the new gaming casino in Nichols.

3. More help on the way to battle addiction

Working to find new ways to battle the opioid epidemic that has spread across the community and the state is an ongoing priority. On December 14th, the Governor announced $1.75 million in funding to support five new Recovery Community and Outreach Centers, including one at Fairview Recovery in Binghamton. This center builds on the outstanding service already provided at Fairview and will promote long-term recovery through skill building, recreation, wellness education, employment readiness, and other social activities in a safe environment. You can read more about this center by clicking here.

The following day, I joined my colleagues for the opening of a Specialized Adolescent Substance Abuse Treatment Program at the Children’s Home of Wyoming Conference. This program allows young people battling addiction to remain near their families while receiving local treatment. The Children’s Home will provide the residential portion of the service, while the Addiction Center of Broome County will provide clinical services. This type of program has been needed in our community for some time and I commend everyone who collaborated to make it a reality.

Assemblywoman Lupardo speaks at the opening of the Specialized Adolescent Substance Abuse Treatment Program at the Children’s Home of Wyoming Conference.

On December 8th, the 2016 Regional Economic Development Council (REDC) Awards were announced in Albany. This year, the Southern Tier was awarded $60.4 million for projects across the region that will help further stimulate the economy. This award complements the $500 million URI award our area secured last year.

Receiving funding from this year’s awards is a $1.7 million project that will allow the Salvation Army in Binghamton to expand from downtown to the city’s North Side. The expansion includes a workforce development program that will help connect job seekers with employment available in the area. We have a number of available jobs locally, but we’ve been missing this type of resource.

Another exciting project is the first phase of the restoration of the historic West Endicott Fire Station. The building was originally gifted to the community by George F. Johnson for use as a fire house and community center. A $210,000 REDC grant will help repair and replace flooring in the station, as well as parts of the exterior of the building. Our historic buildings are among our community’s most treasured assets and this grant will help preserve this history for future generations.

On December 20th, I joined Visions Federal Credit Union as they broke ground on a 91,000 square foot expansion in Endwell. This growth will bring 150-200 new jobs in the next ten years; positions that include retail service, information technology, and lending among others. Visions started as the IBM Employees Federal Credit Union and now has 44 offices in NY, PA, and NJ with 180,000 members. Thomas J. Watson once said: “whenever an individual or a business decides that success has been attained, progress stops.” Visions has seen much success over the years, but has never decided that ‘success has been attained.’ 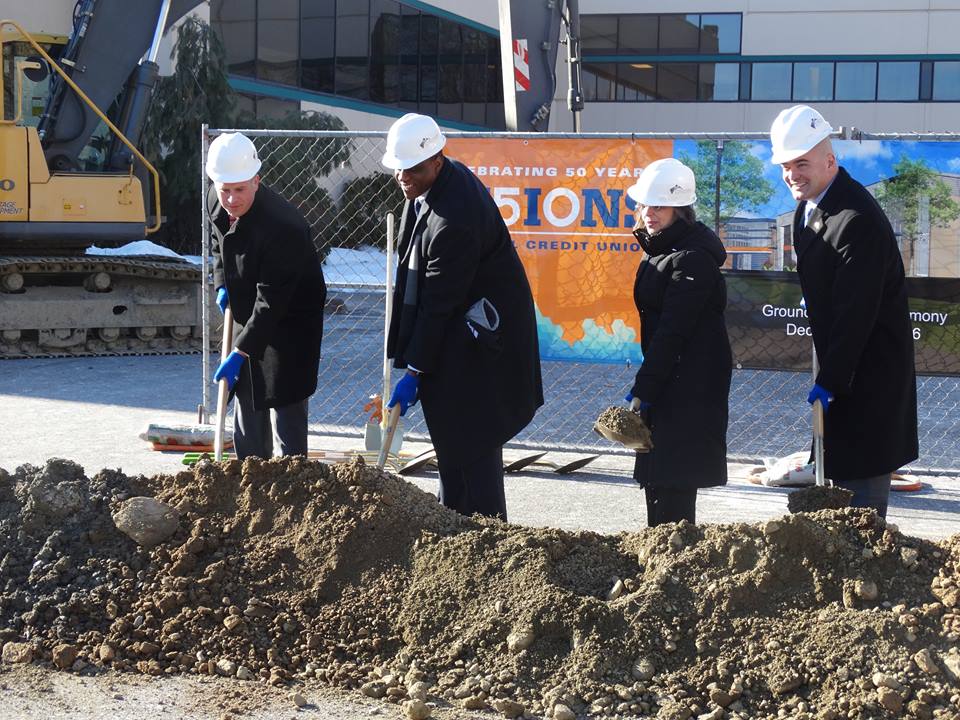 As one longtime business grows, a new business is settling into the community. At the beginning of the month, Sonostics cut the ribbon at its new home on Washington Avenue in Endicott. The company has developed technology and related products to improve blood flow and alleviate symptoms associated with poor circulation. The company’s work began as research at Binghamton University in 2008 under the direction of Dr. Ken McLeod and led to the development of Sonostics’ primary product: the HeartPartner. Recent economic development initiatives have centered around partnerships between academia and business; this is a prime example of that successful partnership and its impact on the local economy. To learn more about Sonostics, visit their website.