Below are the Top 5 items from the month of August.

The entire community is incredibly proud of the team, their coaches, their families, and fans; all of whom joined together to make this success possible. The team’s performance on the field is perhaps second only to the way they carried themselves and represented our community. I was honored to be asked to join the team at their victory parade and celebration in Endwell this past week; it was truly an incredible display of community pride as thousands lined the streets and gathered at Struble Sports Facility to welcome the team home. Congratulations once again to the 2016 Little League World Series champions! 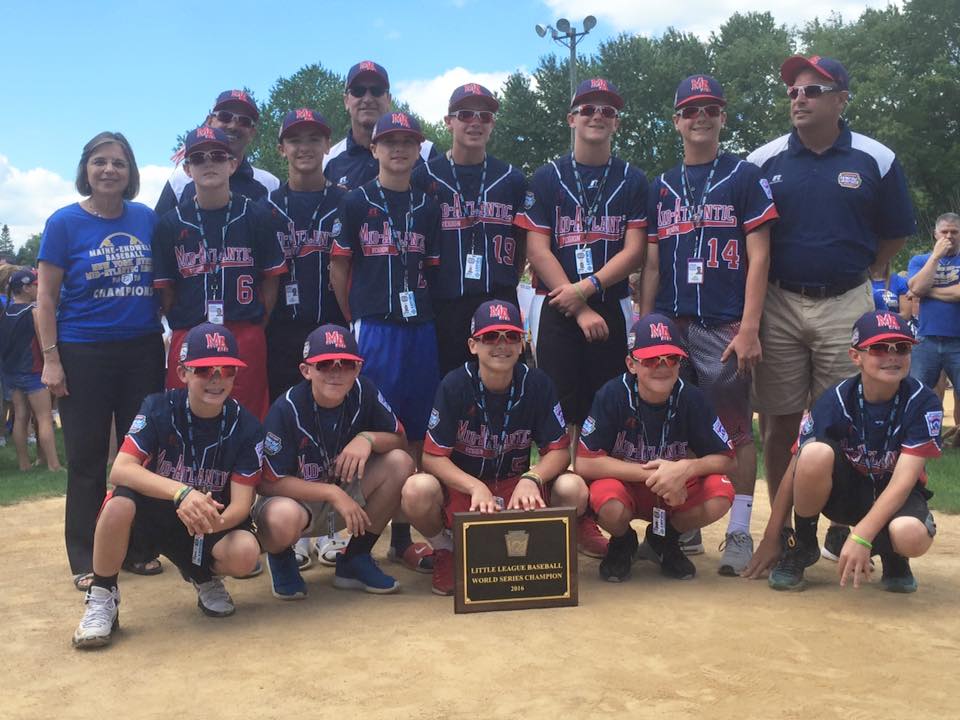 On August 10th I joined Lieutenant Governor Kathy Hochul to host a Women’s Roundtable at Binghamton University. We were joined by more than 20 local women from government, business, academia, and the not-for-profit sector for a discussion on the challenges faced by women as they work toward leadership positions. Ideas shared at the roundtable included encouraging more women to serve as mentors to young women and girls, supporting existing programs like the Girl Scouts, and establishing a local Women’s Leadership Council. To read more about the roundtable, click here.

Discussing these issues comes at a time when the state is preparing to celebrate the 100th anniversary of Women’s Suffrage in New York. While we’ve accomplished many firsts since New York women first voted in 1917, we have a long way to go in terms of women’s leadership roles. This roundtable was a great opportunity for women in our community to come together to share their stories and ideas. I am also working with the Women’s Suffrage 100th Anniversary Commission to plan events surrounding this historic milestone while at the same time increasing awareness for issues important to women across the state. 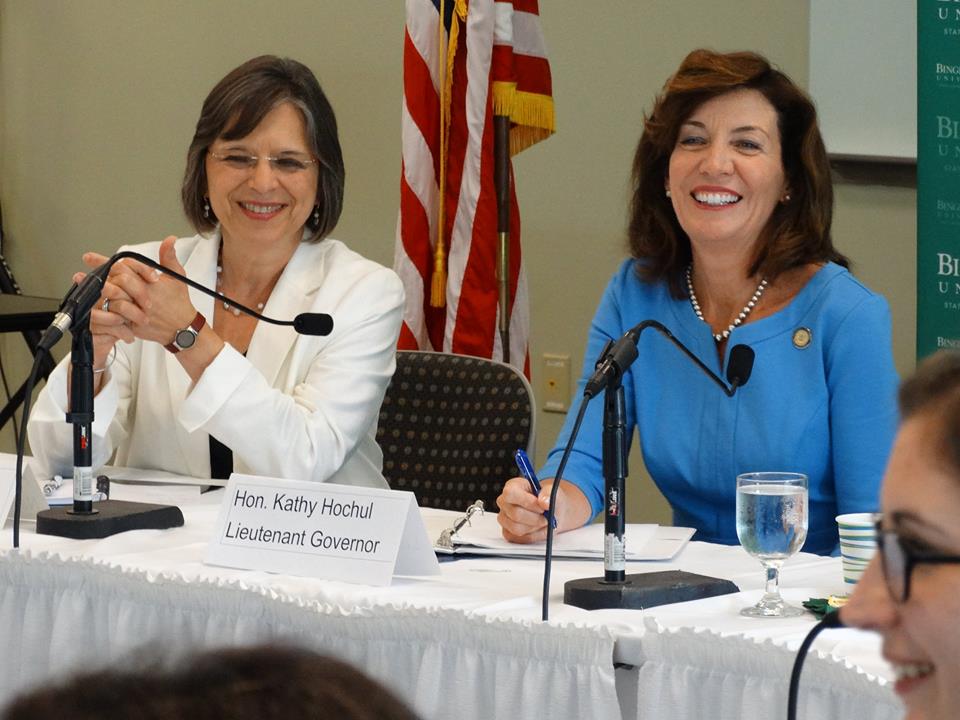 On August 4th, I traveled to Albany to participate in an Assembly budget hearing regarding the State’s economic development programs. The Southern Tier has certainly fared well in recent years, winning top prizes at the Regional Economic Development Council Awards and being named a best plan for the Upstate Revitalization Initiative. However, I shared my concerns at the hearing that the State’s programs, including START-UP NY, are too focused on major projects and not enough attention is being given to small businesses that make up the bulk of our local economy.

I will continue to advocate on behalf of the small businesses in our community. We’ve seen success when the State has removed burdensome regulations; take, for example, the craft beverage industry. In recent years, I’ve helped pass laws designed to help local brewers and producers expand their businesses and it’s paying off. I am hopeful we can take the model created in this field and apply it to help small businesses across the board. 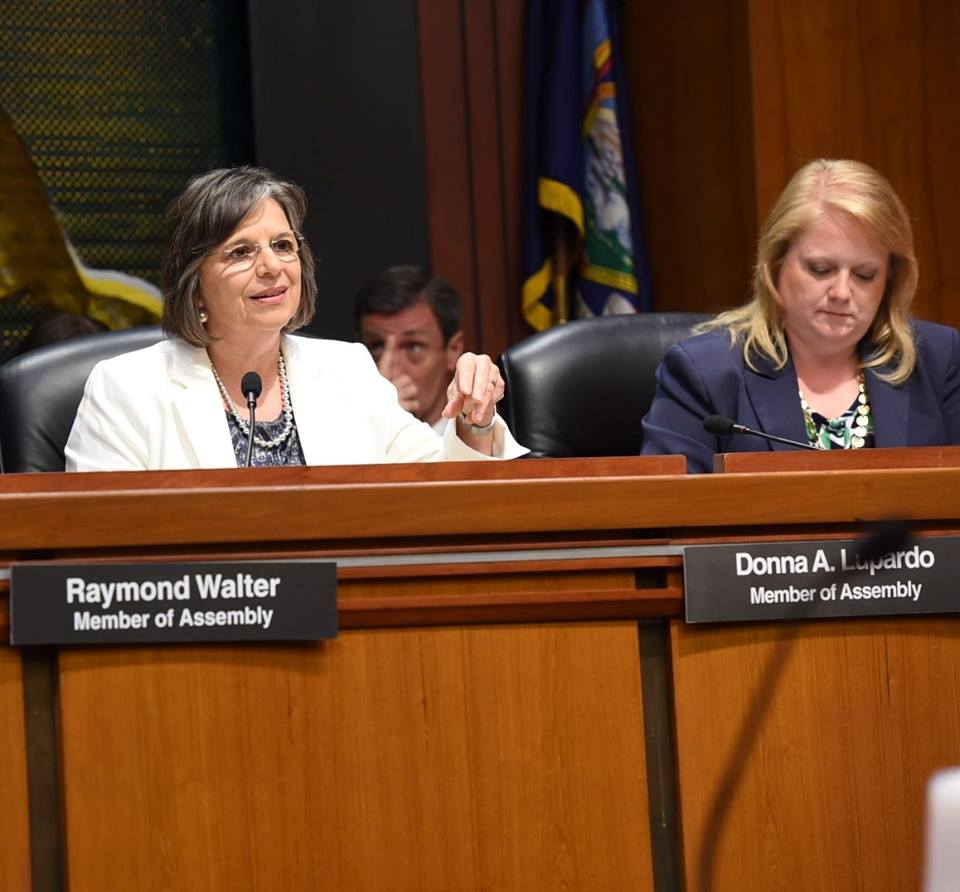 Assemblywoman Lupardo questions a witness during an economic development hearing in Albany.

On August 16th, I was happy to attend a special ceremony at Good Shepherd Fairview Home in Binghamton for the opening of the renovated Eleanor Little Garden, named for a former Good Shepherd Administrator who devoted 26 years to supporting residents at the facility. I was able to secure a $250,000 Assembly Capital Grant to help with the construction of the garden, which was part of a larger $5 million renovation at the East Side home and included a new heating system, energy efficient windows, and other upgrades. 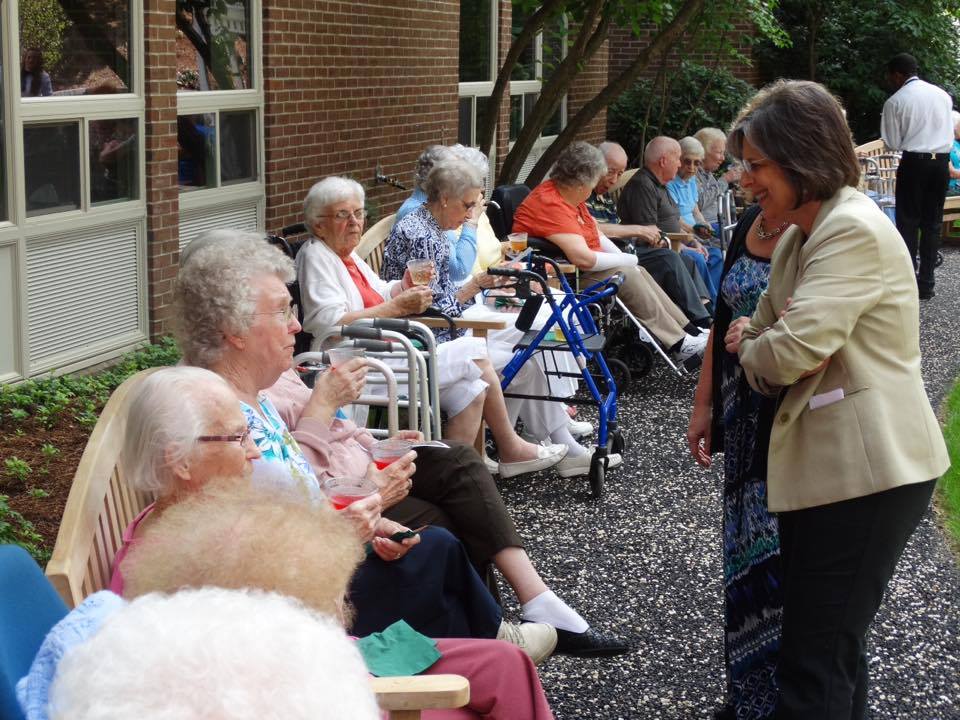 New York’s industrial hemp industry took another step forward on August 19th as Governor Cuomo signed into law legislation I authored that allows for the transportation, processing, sale, and distribution of hemp grown as part of the State’s research pilot program. This bill will allow universities and partner farmers to study and establish business and economic opportunities that will lay the groundwork for a fully-fledged agricultural industry once the crop is fully legalized by the federal government. Senator Tom O’Mara and I have worked together to position New York as a national leader in the industrial hemp industry.

On July 3rd, JD Farms in Eaton, NY was the first farm in 80 years to legally plant hemp seeds in New York soil. JD Farms is operating under the license issued to Morrisville State College which is studying fertilizer and soil conditions.  I stopped by the farm the day before the bill was signed into law to see the progress. In just six weeks the plants had grown to almost four feet tall; when they’re harvested in October, JD Farms has a number of interested buyers who will now be able to use New York grown raw materials as a result of this new bill. You can read more about this new law by clicking here. 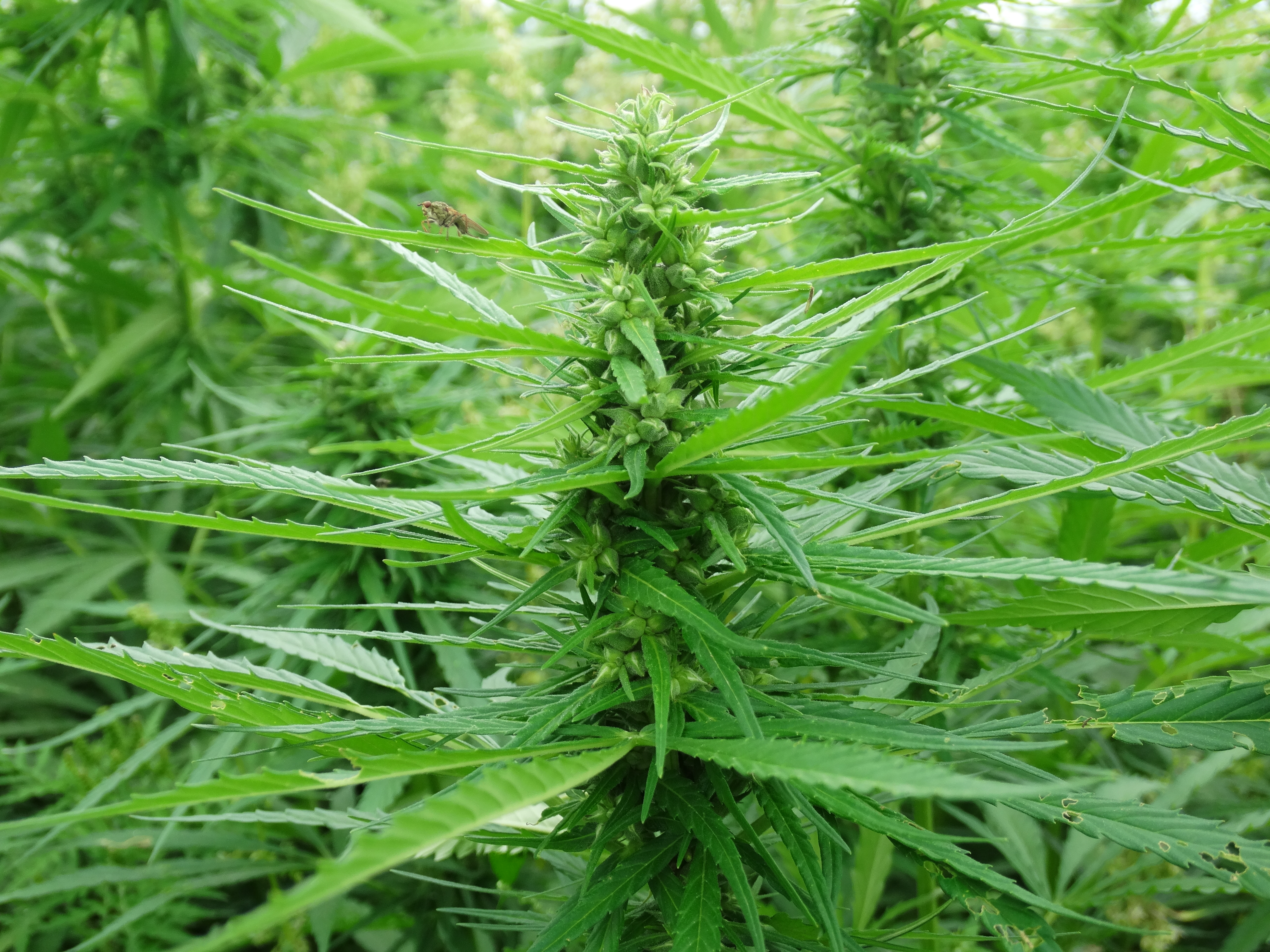 A hemp plant at JD Farms in Eaton, NY.