New York continues to keep the COVID-19 pandemic under control, with three straight weeks of infection rates below 1%. Social distancing, mask wearing, and testing and tracing protocols have enabled us to keep residents safe. This progress is promising, yet the lack of guidance for certain industries that remain closed has been frustrating. Earlier this month, I added my name to a letter to the Governor advocating for the safe reopening of bowling alleys, gyms, spas, and movie theaters. On August 14th, the Governor announced that bowling alleys would be allowed to reopen; the following week, an announcement on gyms and health centers was issued as well. We’re still awaiting an update on movie theaters. I also just sent a separate letter to the Governor, signed by more than 30 of my colleagues, calling for guidance on services provided by New York’s 30,000 estheticians. These professionals are ready and willing to do what is necessary to protect the health and safety of their customers. As reopening continues, we all must continue to do our part to build on the progress we’ve made. 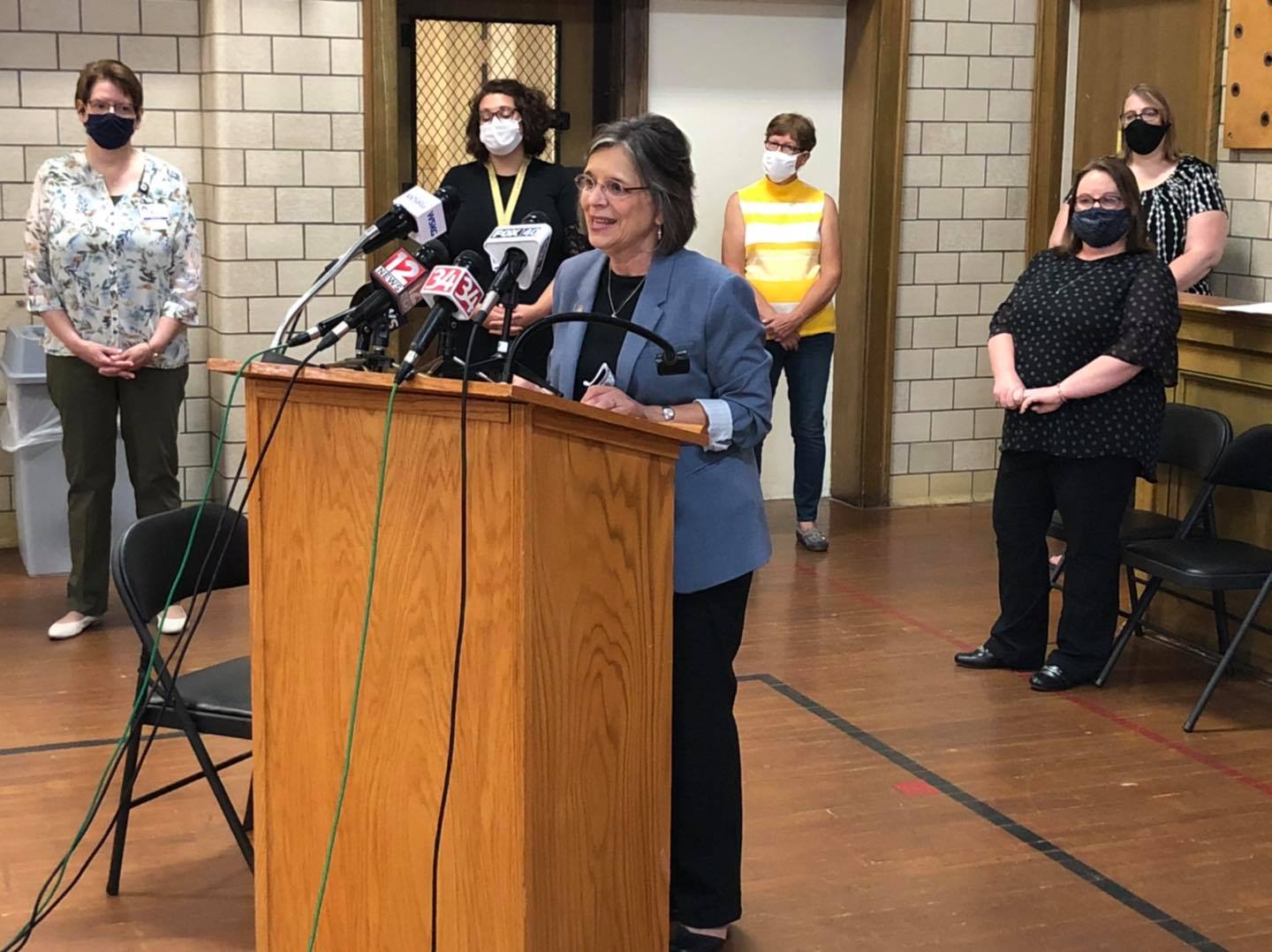 Assemblywoman Donna Lupardo speaks at a news conference as part of a statewide Child Care Day of Action.

As New York recovers from the COVID-19 pandemic, safe and accessible child care is a must for pre-school and school age children. I helped organize a statewide Child Care Day of Action on August 27th that included public events with legislators and advocates across the state. I joined local providers at the Family Enrichment Network for one of eleven advocacy events and also participated in a virtual press conference on Zoom.

This action follows an August 4th letter sent to the Governor from 83 legislators calling for the release of CARES Act funding to support the reopening or expansion of child care centers. The pandemic has further weakened an already-fragile industry, with 25% of child care programs and 70% of school-aged child care centers closing since the pandemic. Early on during New York’s On Pause order, child care was designated as ‘essential;’ we need to remember that it has always been essential and is more essential than ever. We will never be able to rebuild our economy without this essential building block.  Read more about the Day of Action by clicking here.

Given the concerns over the pandemic, it is especially important this year that everyone can vote safely and easily. On August 20th, the Governor signed three bills I cosponsored to make it easier for New Yorkers to vote and be counted this November. Under these reforms anyone can request an absentee ballot citing the pandemic as a reason; absentee ballots can be requested at any time as of August 20th; and any ballot postmarked by the day of the election, November 3rd, will be counted by Boards of Election across the state. With uncertainties related to the pandemic and changes to the US Postal Service, New York is doing all that it can to make sure that every vote counts. To read more about these new laws, click here.

4. STANDING UP FOR THE US POSTAL SERVICE WITH CONGRESSMAN BRINDISI: 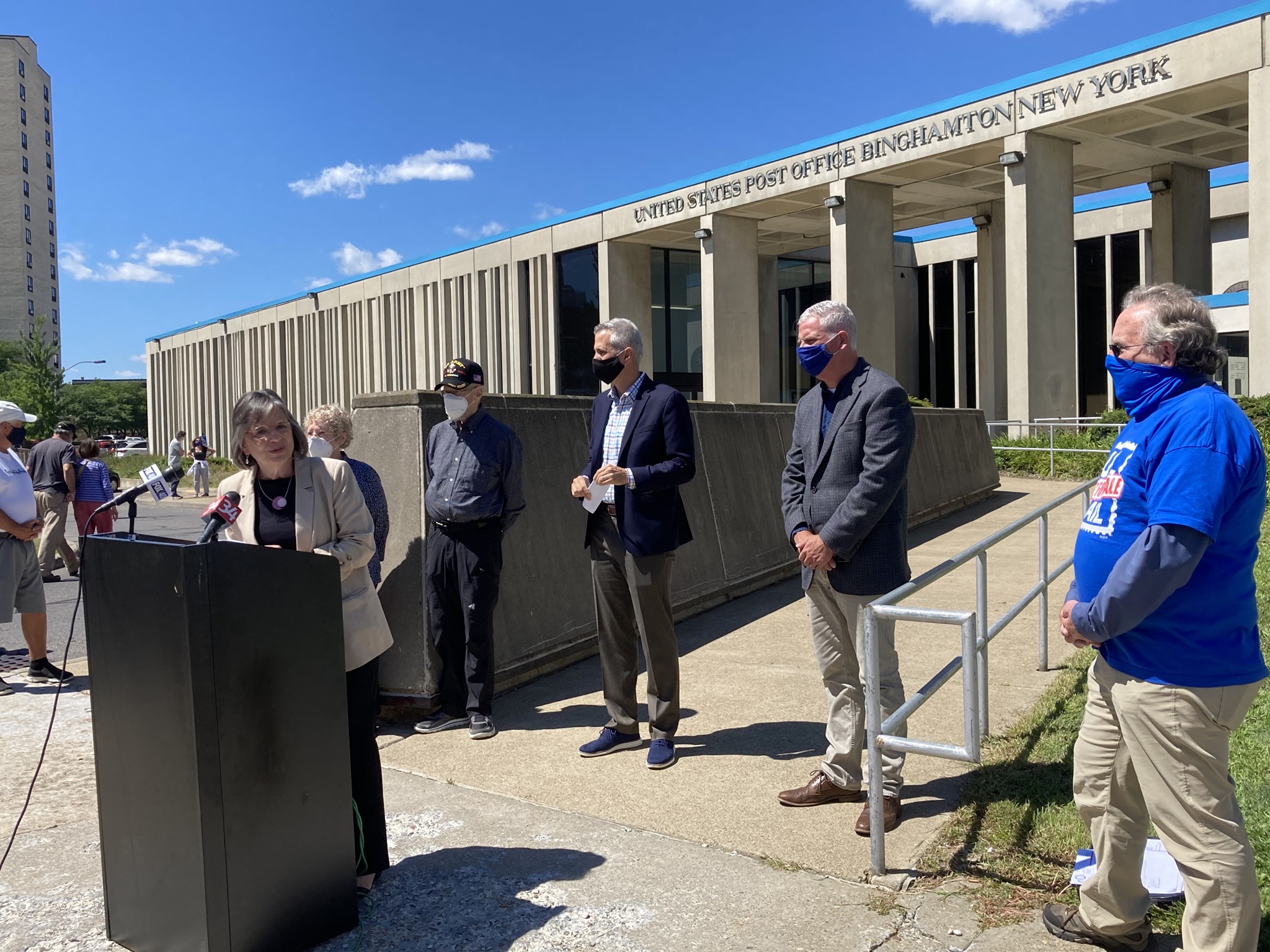 Assemblywoman Lupardo speaks in support of the USPS at an event outside the Binghamton Post Office.

This month, changes to the US Postal Service raised concerns from mail customers and postal workers across the country. On August 20th, I joined Congressman Anthony Brindisi at the Downtown Binghamton Post Office to advocate on behalf of the USPS. The Postal Service is critical for millions of New Yorkers, especially older residents that rely on the mail for prescription drugs and rural communities without access to high speed internet. The USPS is also a major economic driver, with more than 8.5 million people employed within the mailing/shipping industry, which supports nearly $1 TRILLION in annual economic activity.

While the Postmaster General has announced that changes are being suspended until after the election, there are still a number of changes that have already occurred. The recent news about the elimination of four high-speed mail sorting machines at the regional processing plant in North Syracuse is especially concerning. Everyone relies on the timely delivery of the mail and have never questioned the reliability of the postal service. It’s important that we do all we can to support the USPS. 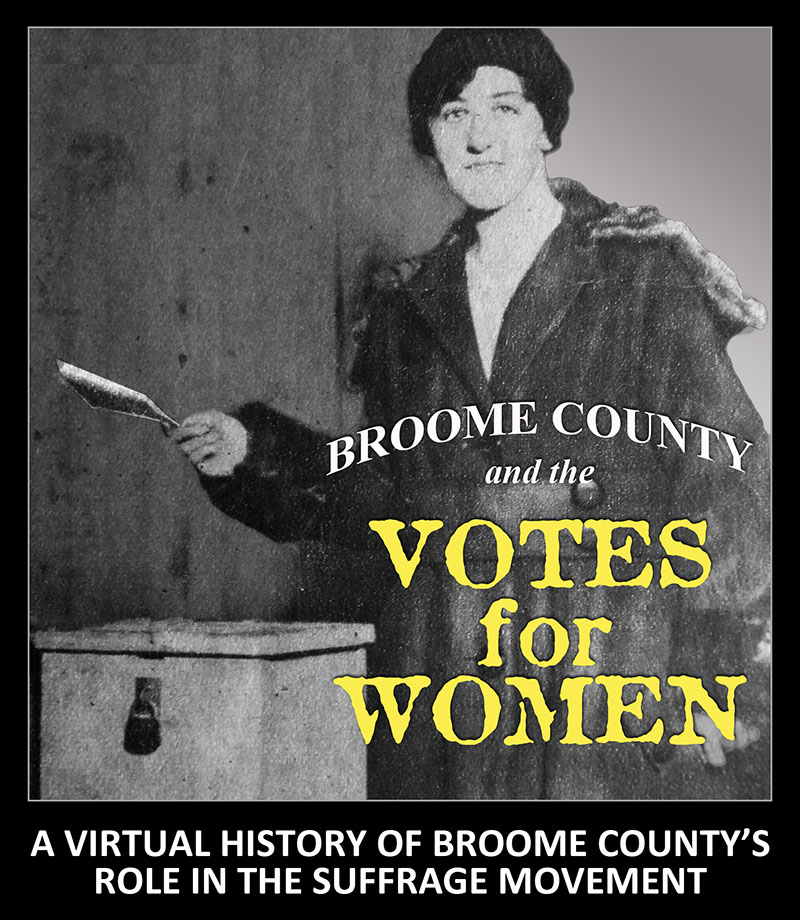 On August 18th, the nation celebrated 100 years of votes for women. It was on this date in 1920 that the 19th Amendment was finally ratified. New York granted women suffrage in 1917 and played a major role in the movement. It began with the 1848 Seneca Falls Convention and the efforts of Susan B. Anthony, Elizabeth Cady Stanton, Frederick Douglass, and others. The centennial was recognized once again on Women’s Equality Day on August 28th, the anniversary of the signing of the Amendment. While so much progress has been made in the last century, we cannot forget the barriers that black women continued to face even after the national suffrage amendment.

It’s important to note that Broome County suffragists were instrumental in the movement, hosting the 1913 NYS Woman Suffrage Association 45th Annual Convention in Binghamton.  They helped develop the strategy that finally got the NYS Amendment approved. Broome County was also the site of the first votes cast by New York women when the Ladies of Lisle went to the polls on January 5, 1918. You can learn more about the legacy of local suffragists during a virtual event I am organizing with County Historian Roger Luther, scheduled for this Tuesday, September 1st. Visit pastny.org/tours-events for more information.