Below are the Top 5 items from the month of April.

The state’s first ever Industrial Hemp Summit was convened at Cornell University on April 18th. This is the culmination of my efforts to bring together government, academia, farmers, and businesses to plan for the full scale development of this new agricultural commodity. New York now has a significant competitive advantage over other states in the Northeast in particular. This multi-use crop will not only be a boost for farmers, but will also help expand processing and manufacturing businesses in the Southern Tier and across New York. 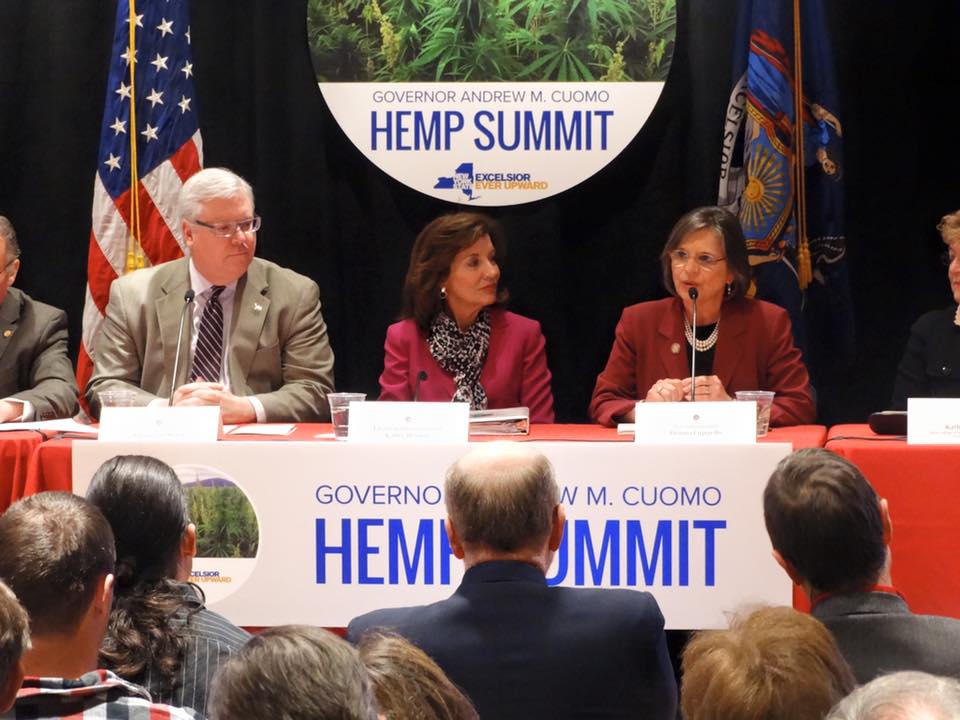 Assemblywoman Lupardo speaks at the state’s first Industrial Hemp Summit at Cornell University.
Lt. Governor Kathy Hochul and Commissioner of Agriculture & Markets Richard Ball attended the summit and announced some exciting new initiatives for New York’s industrial hemp program. The cap on licenses, previously set at ten, has been lifted and will allow private farmers to participate directly, rather than through a research university. We expect the 2018 growing season will see many new farms coming on line. The State will provide help with seed acquisition, create a hemp working group to assist growers, and expand research. You can read more about these announcements here and click here to watch an interview I did with Capital Tonight about the summit.

On April 27th, I joined Lt. Governor Kathy Hochul, County Executive Jason Garnar, and other local officials to break ground on the new Salvation Army North Side Job Training Center. Job training and professional development are essential to our ongoing economic development efforts; there are many available positions in the area, but oftentimes job seekers lack the necessary skills to land a job. $1.7 million was secured through the Regional Economic Development Council for the $5.6 million project that will include a gymnasium, our local award-winning ATTAIN computer lab, two commercial-size kitchens, a food pantry, and a community garden. This new facility is located just off State Street in an underserved neighborhood. By providing important training, education, and other wrap-around services for residents in one location, this center will become a hub of activity and a center of hope. 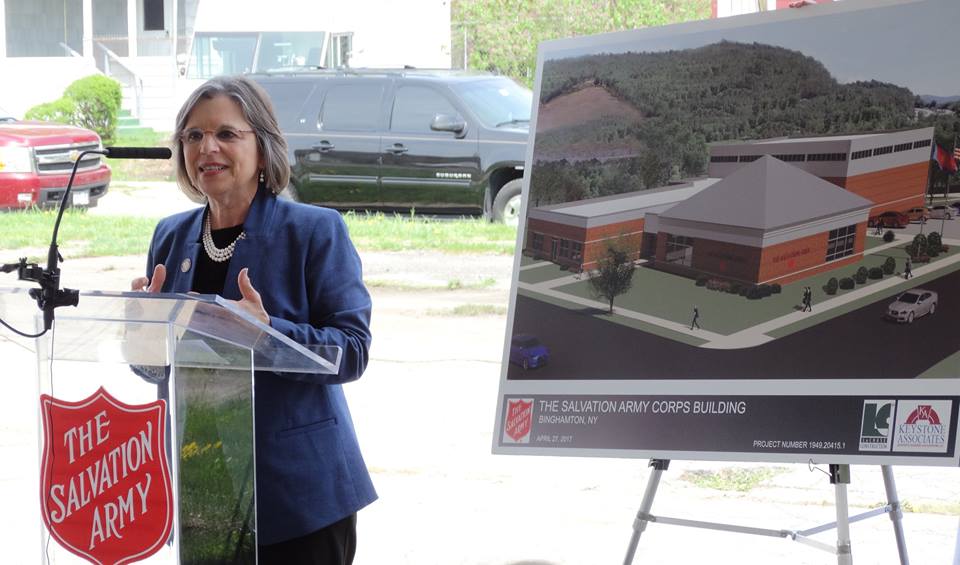 Assemblywoman Lupardo talks about the importance of the new Salvation Army North Side Job Training Center.

I was honored to be recognized on April 27th by the Girl Scouts of NYPENN Pathways as their 2017 Woman of Distinction.  This award is given each year to a woman whose achievements, in the eyes of the Girl Scouts, personify their mission of courage, confidence, and character. As a woman elected official, it is important for me to let girls and women of all ages know how important their voices are in shaping policy at all levels of government and civic life. This year, I have worked closely with the Girl Scouts to develop a new patch to honor the 100th anniversary of women’s suffrage in NYS. Thank you to the Girl Scouts of NYPENN pathways, and to Girl Scouts young and old, for making the world a better place. Click here to watch news coverage of the event. 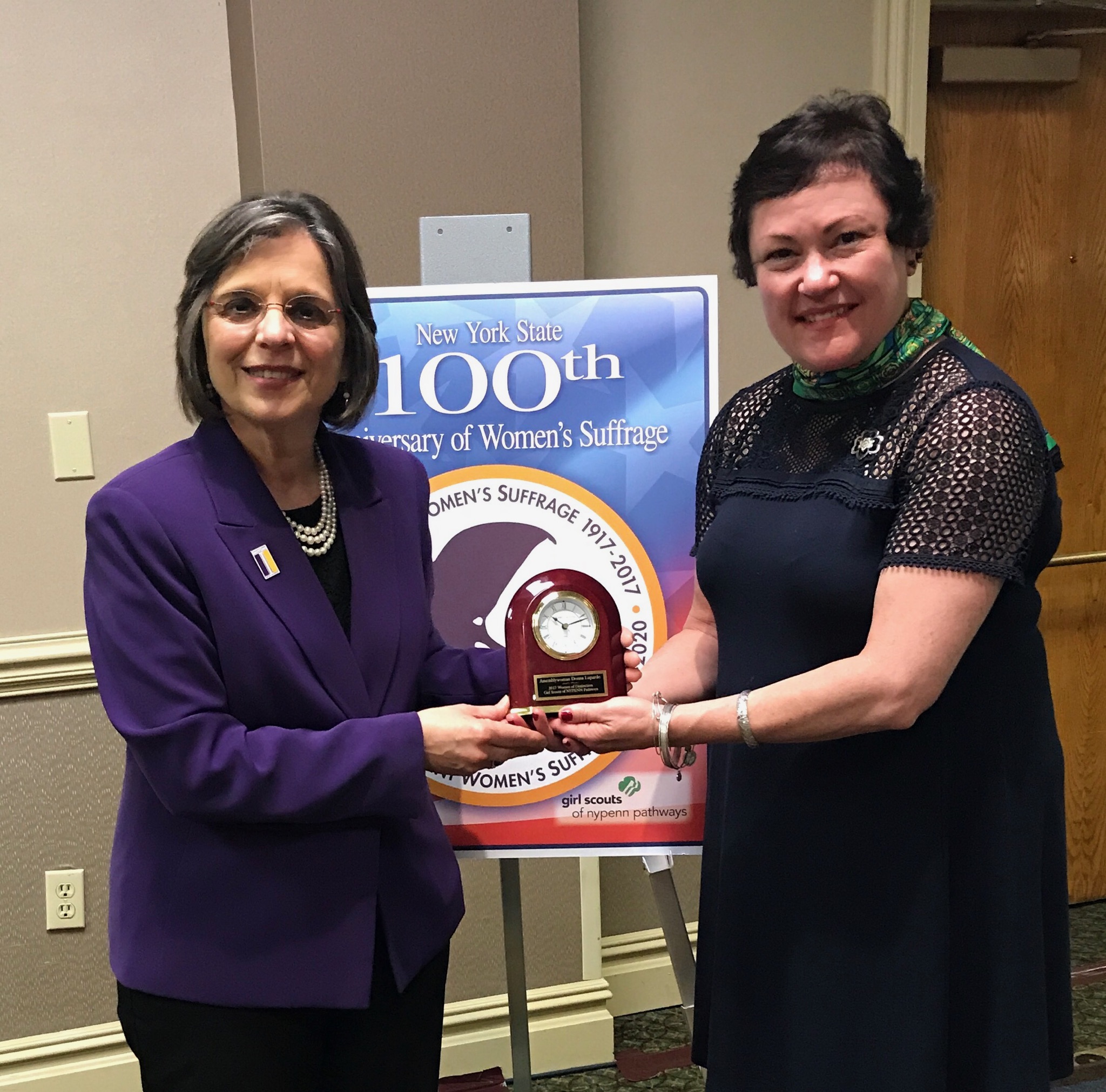 I was pleased to join members of the business community for a morning dialogue on April 28th to discuss the 2017-18 State Budget and its effects on local businesses. I, along with my colleagues Assemblyman Cliff Crouch and Assemblyman Chris Friend, spoke about issues such as workers compensation reform, the Regional Economic Development Councils, and further work we are looking at to help grow business. As our economic recovery continues, it is important that we hear from local businesses on ways we can build on the progress we’ve made. I appreciate the Greater Binghamton Chamber of Commerce’s work to help connect business leaders with elected officials, and growing this dialogue. 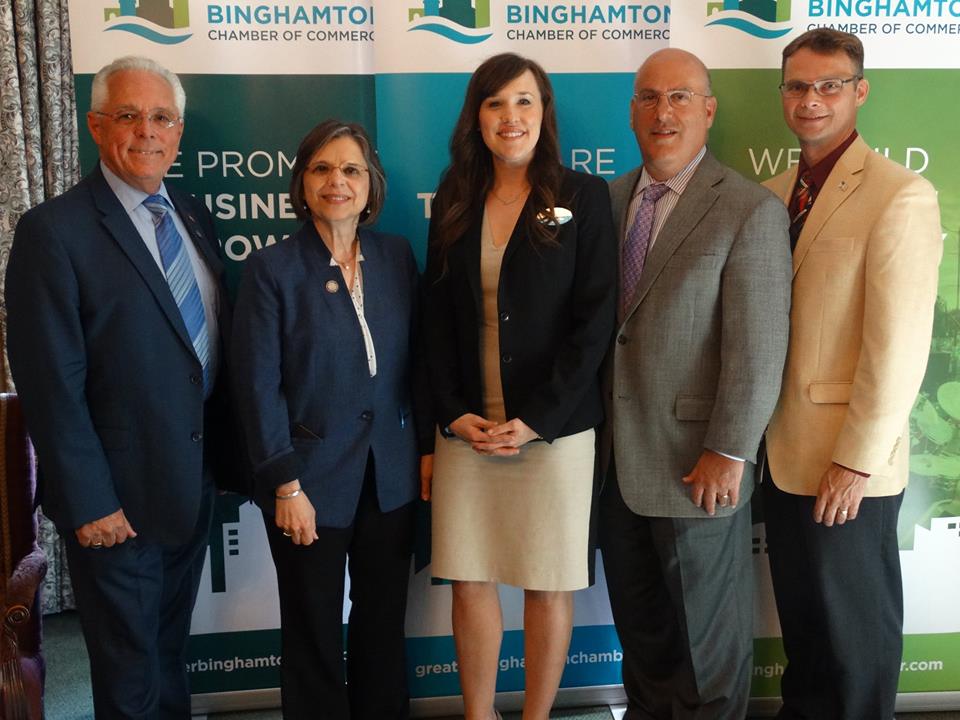 On April 9, 1867, the City of Binghamton was chartered by New York State. April 9th marked the historic 150th anniversary of the City. The Broome County Library will be opening an exhibit next week to celebrate the 150 history of the Parlor City. During the last century and a half, the City of Binghamton became known as a center for innovation, with major industry locating here and tremendous advances in technology being created.  It was a central part of the Valley of Opportunity for tens of thousands of people looking to start anew. This spirit is still alive and well as many new developments are bringing life back to downtown and efforts to improve neighborhoods are underway. In recognition of the the occasion, Sen. Akshar and I passed legislative resolutions recognizing this important anniversary.