Below are the Top 5 items from the month of August.

On August 11th, I joined representatives from the Southern Tier Regional Economic Development Council for the Upstate Revitalization Conference in Buffalo. Our delegation presented to the Governor’s representatives details about our plan for the next round of economic development awards. I think that our proposal will be very competitive when compared to the other regions that presented that day.

We’ve selected projects that will not only create jobs, but assist with diversifying our local economy. Four major priority initiatives were identified that will build upon the area’s strengths: promoting our innovative culture to attract entrepreneurs, talent, and investment; establishing the Southern Tier as a leader in new agriculture technology and as a key food supplier; building upon the region’s advanced transportation equipment manufacturing; and creating Greater Binghamton Innovation Districts, focusing on revitalizing the urban core of Broome County.

I realize how skeptical people are about all this. But I can tell you that I am feeling very optimistic about our chances and about the overall potential for these initiatives. 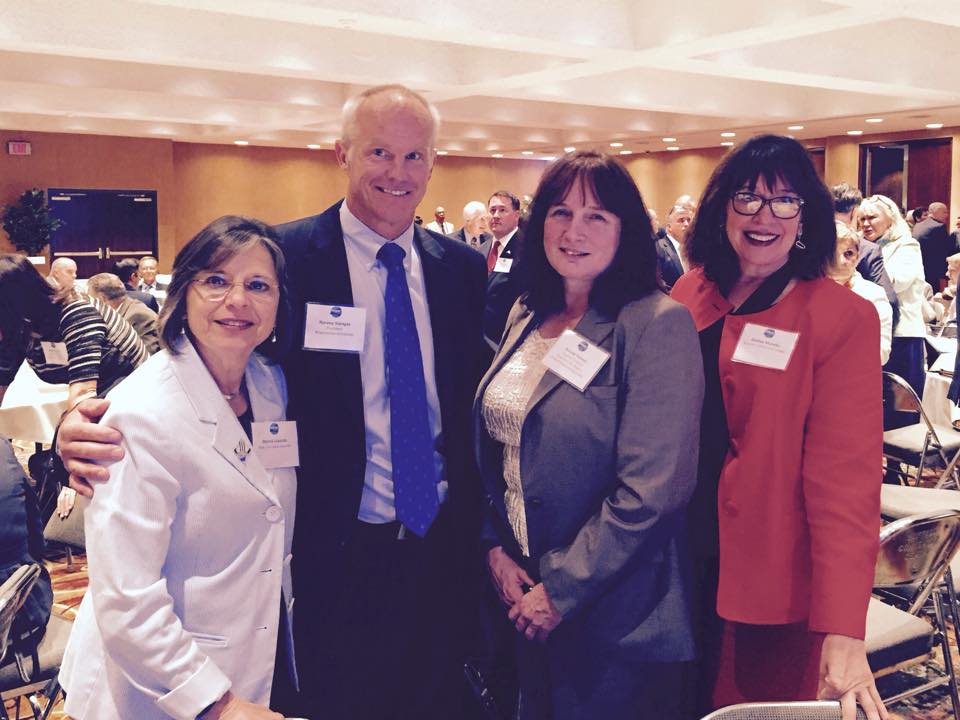 With 22% of New York children living in poverty, the Assembly Committees on Children and Families and Social Services began a series of meetings to address the issue. A roundtable discussion in Rochester on August 24th and a public hearing in Binghamton the following day examined the impact of poverty on children and their families, as well as the effects and barriers it creates for them to be able to achieve self-sufficiency.

One in four children in Broome County live in poverty, and in the City of Binghamton that number is nearly one in two. I was joined by Social Services Committee Chair Assemblyman Andrew Hevesi, Puerto Rican/Hispanic Taskforce Chair Assemblyman Marcos Crespo, and Assemblymembers Cliff Crouch and Barbara Lifton at our Binghamton hearing where many community leaders, school officials, and representatives from non-profit organizations testified to share their experiences with poverty in the community. By hearing these firsthand accounts, we are looking to gather good data on the extent of poverty which will help us craft policy in Albany and steer the work of our local anti-poverty taskforce. 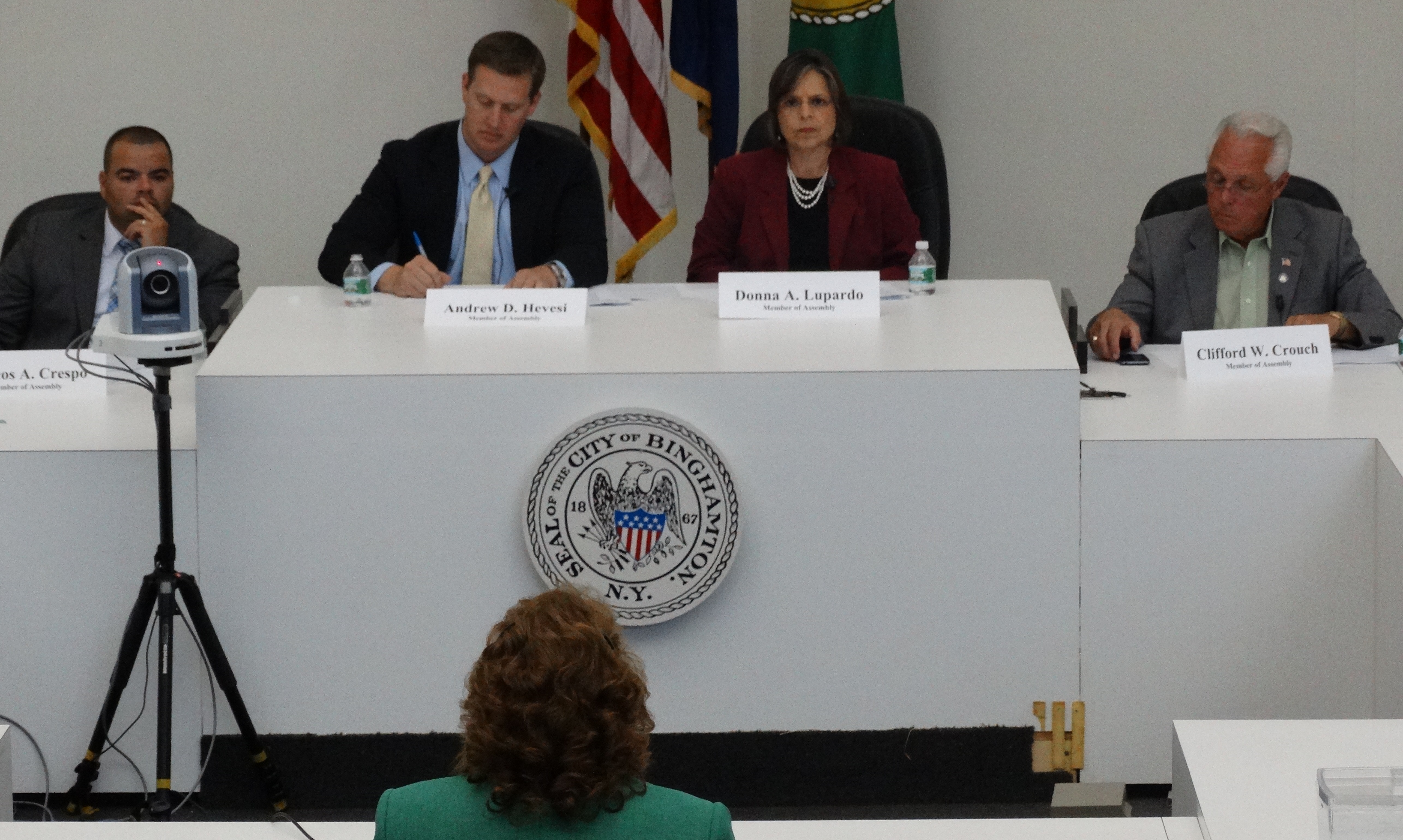 On August 18th, I participated in WSKG’s ‘Early Learning and the Bottom Line’ summit. As Chair of the Assembly Committee on Children and Families, quality childcare and early learning are always top priorities. WSKG has done great work exploring these topics and their impact on our community. Research has shown that children who are engaged at an early age are more likely to perform well in school, college, and the workforce. I am committed to continuing to find ways to expand childcare and early education options for families. The summit airs on WSKG at the following times:

In the last year, we’ve seen an unprecedented number of deaths related to heroin and opioid addiction. We’ve already taken steps to help combat this growing problem, and last summer the Governor came to Binghamton to sign a package of bills that improves treatment options, creates new penalties and increases public education. Unfortunately, this issue has been getting worse over time and it’s going to take a lot more action for us to address it.

On August 17th a new grassroots effort in Broome County, called Truth Pharm, hosted a public forum at SUNY Broome to discuss the heroin and opioid epidemic. The featured speaker was Leonard Campanello, Chief of the Gloucester (MA) Police Department, who spoke about a similar epidemic in his community and a great program they’ve enacted to help. The Police Assisted Addiction Recovery Initiative brings together police, treatment facilities, and community members for a non-judgmental approach. This program allows those suffering with addiction turn themselves in to police without worry of repercussions, and be placed in treatment before they leave the police station. Truth Pharm is aiming to replicate this system in Broome County, and I’m committed to doing all I can at the State level to help facilitate. To find out how you can become involved, visit Truth Pharm’s Facebook page.

Each year thousands of residents and visitors descend on Otsiningo Park for the area’s signature festival, Spiedie Fest. This year saw a tremendous turnout for the food, music, and fun. New this year to Spiedie Fest was the Taste NY tent, which allowed visitors to sample and learn about all the great products produced right here in the Empire State. We’ve worked hard to promote local producers through the Taste NY initiative; we have many local farmers, restaurateurs, brewers, and producers with fantastic products and the Taste NY helps them connect with consumers. I look forward to continuing to develop policies that support what Taste NY stands for. 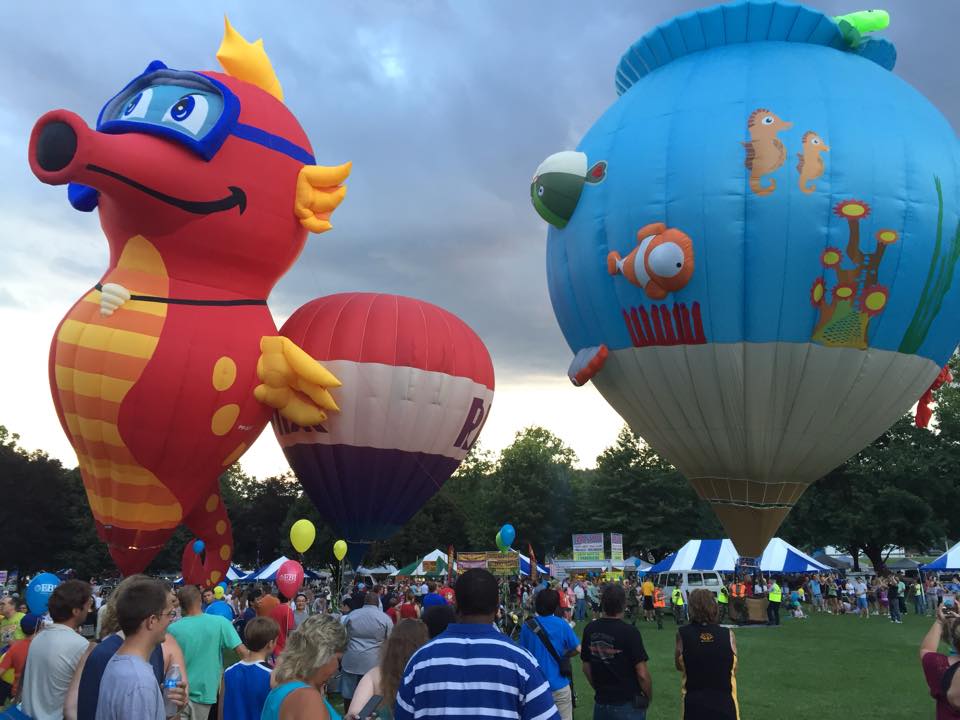 Balloons launching at the 2015 Spiedie Fest at Otsiningo Park.